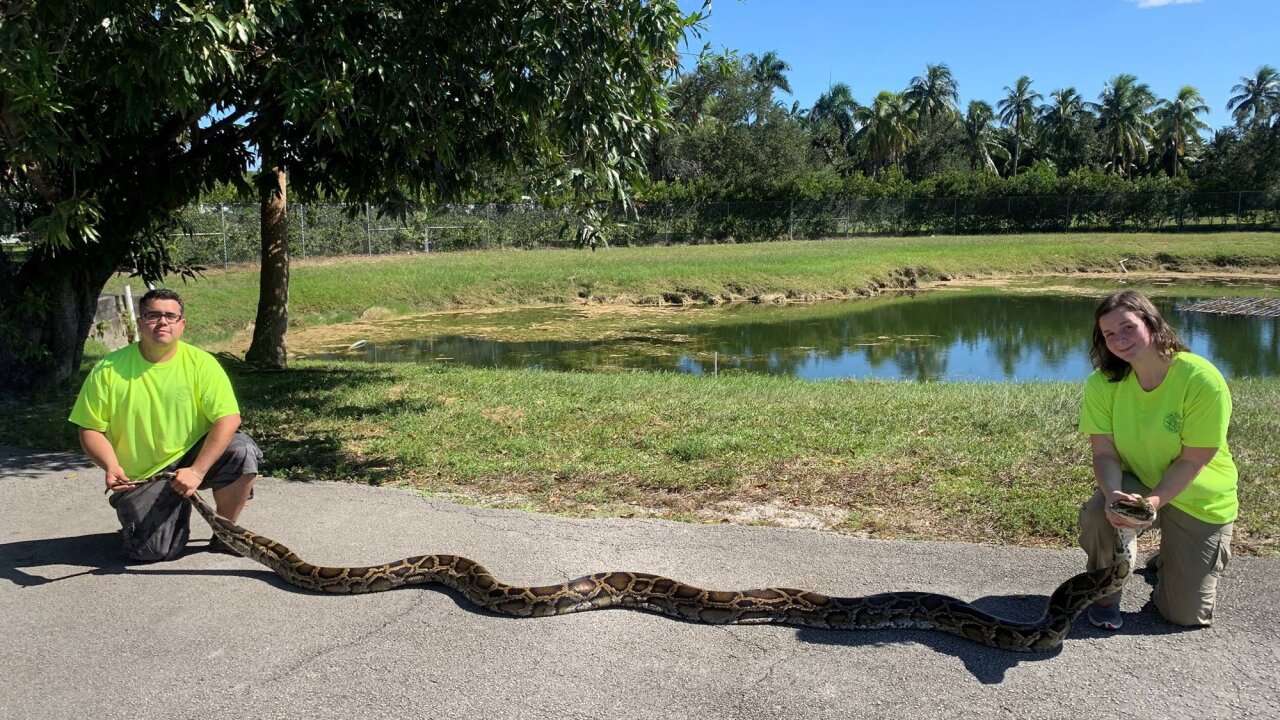 Cynthia Downer and Jonathan Lopez came across one on September 22 at Big Cypress National Preserve in Ochopee, Florida — and they caught it. CREDIT: Florida Fish And Wildlife Conservation Commission

OCHOPEE, Fla. — What would you do if you encountered a 98-pound Burmese python while out on a hike in Florida?

Cynthia Downer and Jonathan Lopez came across one on September 22 at Big Cypress National Preserve in Ochopee, Florida — and they caught it.

Of course, they knew what they were doing. The captors are members of the Florida Fish and Wildlife Conservation Commission‘s Python Action Team.

The female snake, which measures 18-feet, 4-inches, is the second largest wild python ever captured in the state, according to the commission. It’s only 4 inches shorter than the record holder.

Catching large adult female pythons is crucial to preventing them from adding around 30 to 60 hatchlings to the population every time they breed, the commission said.

The Python Action Team was created by the commission to lead python control efforts. These team members are paid to find and capture Burmese pythons in regions throughout south Florida. The snake is not native to the state, and was likely introduced as an escaped or released pet.

The team has so far captured 900 pythons, the commission said.

“Removing 900 pythons is a great milestone for our Python Action Team!” said Executive Director Eric Sutton. “These snakes coupled with the thousands removed by our partners at the National Park Service and the South Florida Water Management District make a significant impact to protect Florida’s native wildlife.”