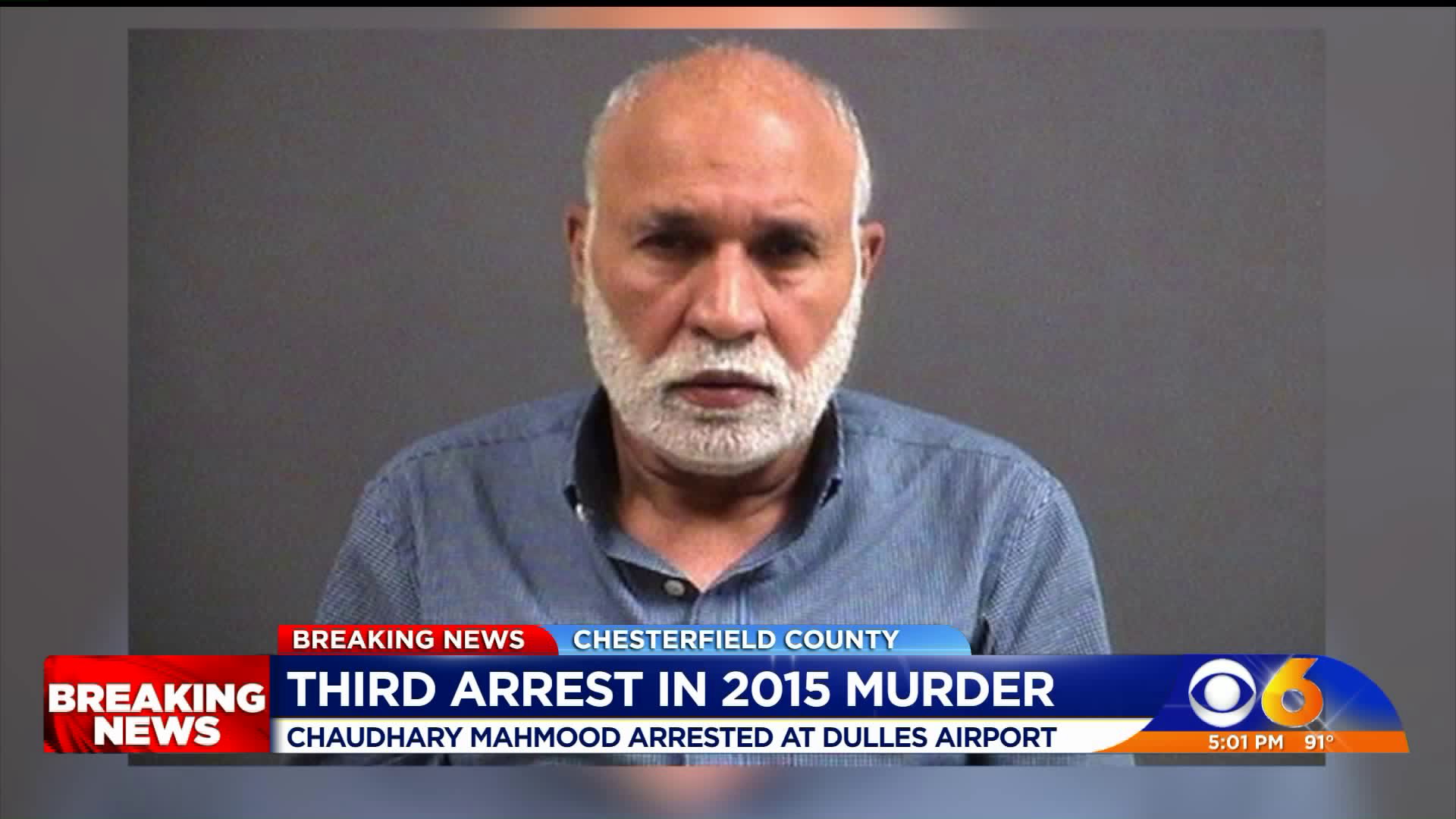 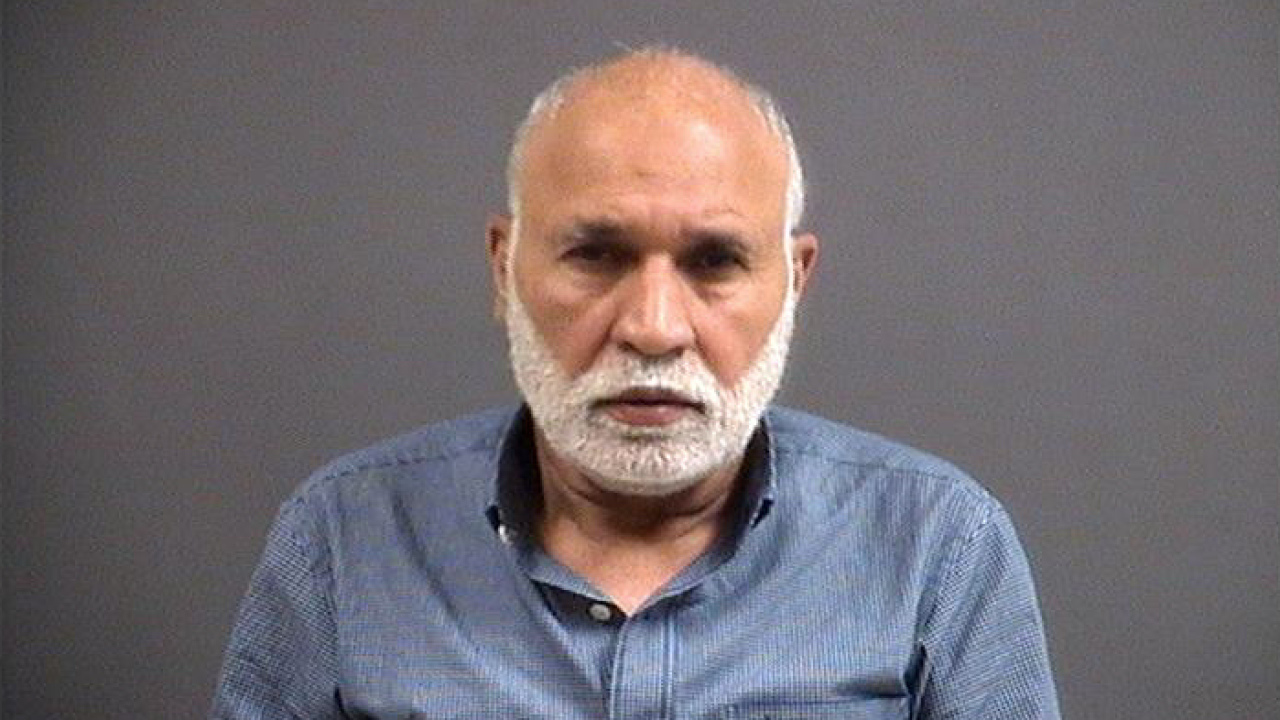 CHESTERFIELD COUNTY, Va. -- A third suspect has been arrested in connection to a 2015 murder-for-hire plot that left the owner of a car dealership dead.

On January 24, 2015, police responded to Three Amigos Auto Sales at 108 Turner Road for a report that a man had been found dead in the business.

The victim, 60-year-old Adel M. Elmadany, owned the business and was found dead by his wife.

In February of 2015, then 24-year-old Melvin Leonel Sandoval Vasquez and 25-year-old Narciso De Jesus Lemus Mendoza were arrested and charged with conspiring to willfully, deliberately, and with premeditation kill and murder Adel Elmadany, with the killing being for hire.

That same month, police obtained a warrant for Chaudhary Arshad Mahmood, who is now 60, in relation to the incident for conspiring to willfully, deliberately, and with premeditation kill and murder Adel Elmadany, with the killing being for hire.

Since 2015, police have actively sought Mahmood, a Pakistani national whose last known place of residence was in Prince William County.

On Sept. 30, the FBI, working in collaboration with Chesterfield County Police and with the assistance of U.S. Customs and Border Protection and the Federal Air Marshal Service, took Mahmood into custody at Dulles International Airport.

Mahmood is currently being held at the Chesterfield County Jail without bond.