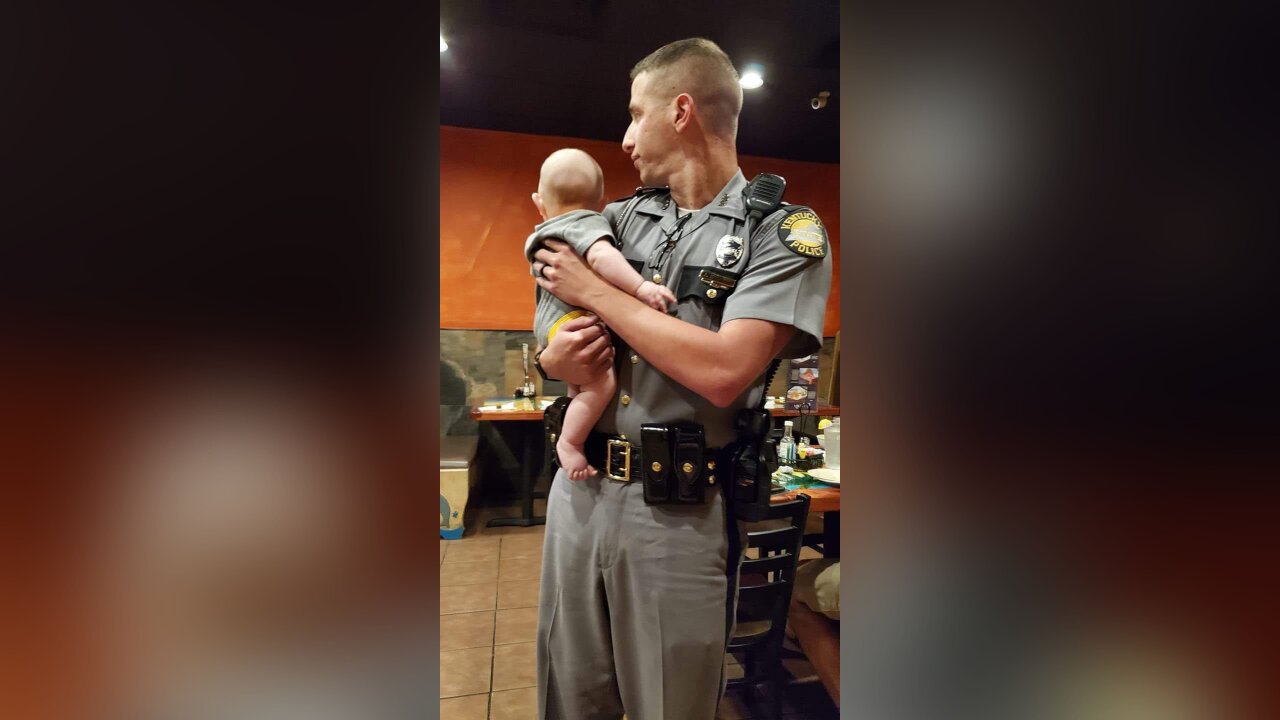 Kentucky State Trooper Aaron Hampton held a fussing baby so his mother could finish her meal.

MUNFORDVILLE, Kentucky — It was a moment every new parent dreads: The baby is crying in the middle of a restaurant.

Every time Tabatha Corbitt would sit down, her 3-month-old son, Zerak, would start screaming. She was at a local Mexican restaurant in Munfordville, Kentucky, with her family on Sunday. No matter what she did, her baby kept crying.

“You know how people are at restaurants,” the mother of three said. “I was just standing up to keep him from crying.”

That’s when a stranger stepped in. Aaron Hampton walked over and asked whether he could hold Corbitt’s baby so that she could finish her meal.

Hampton, who has been a Kentucky state trooper for 14 months, has a son of his own. He said he knows how it feels when the whole restaurants starts getting frustrated and giving you looks because your baby is crying.

“She was hesitant at first because she said her baby doesn’t like strangers,” Hampton said. “But oddly enough, he came right to me and was smiling ear to ear.”

Corbitt, 29, said she had never experienced kindness like that. To express her gratitude, she even paided for his meal.

“It’s easy to get angry, but if more people would help out, it would make everyone happier,” Hampton said. “They say it takes a village to raise a kid, but they never said law enforcement couldn’t be in that village.”

Corbitt’s mother took a photo of Hampton holding Zerak, and the photo has thousands of people in awe of the trooper’s kindness.

“I just wanted to commemorate for my son,” Corbitt said. “It was just a moment I could tell my son about when he grows up, and now I have a bigger story to tell.”