Army of woodworkers brings smiles to families in need 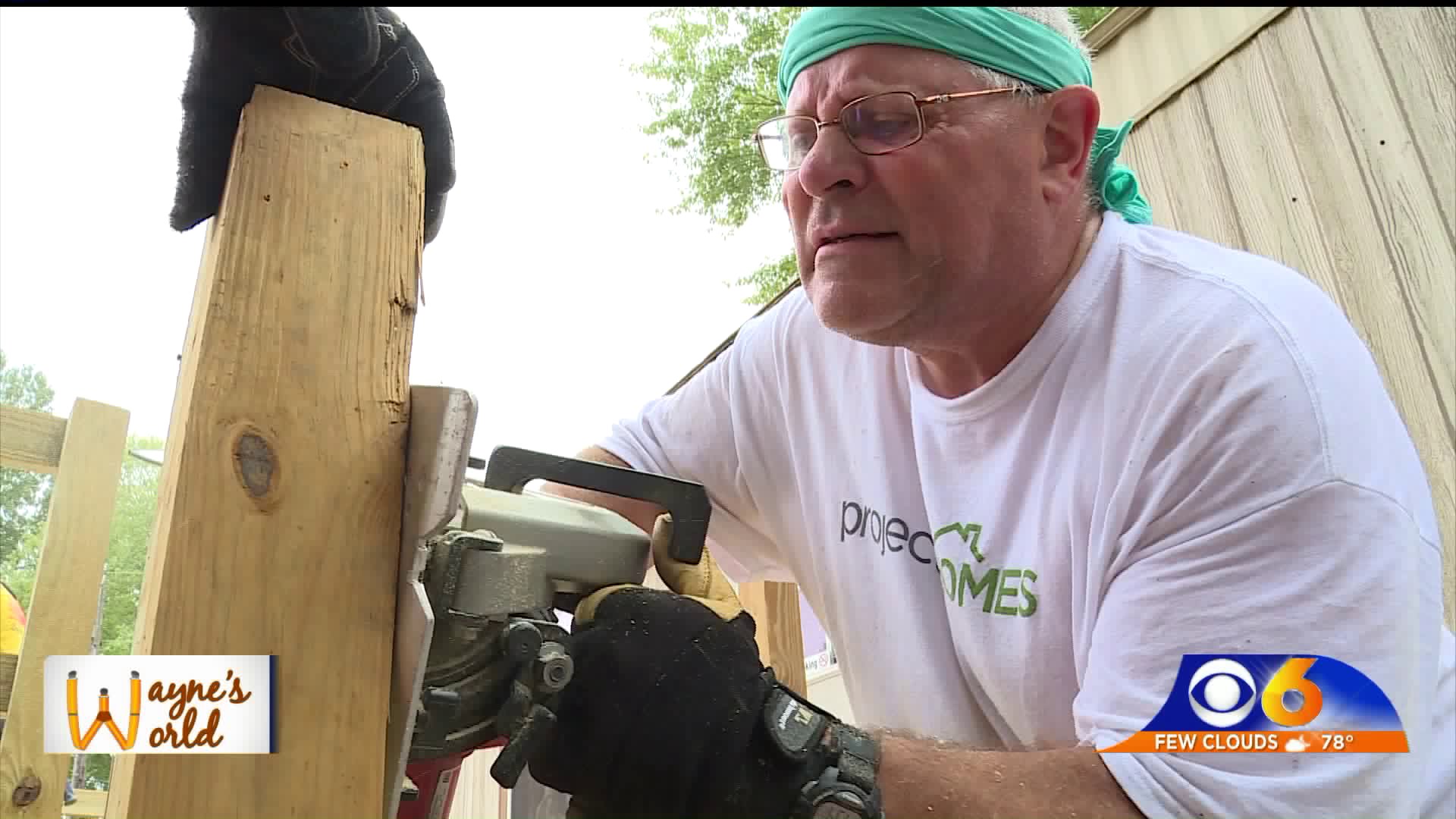 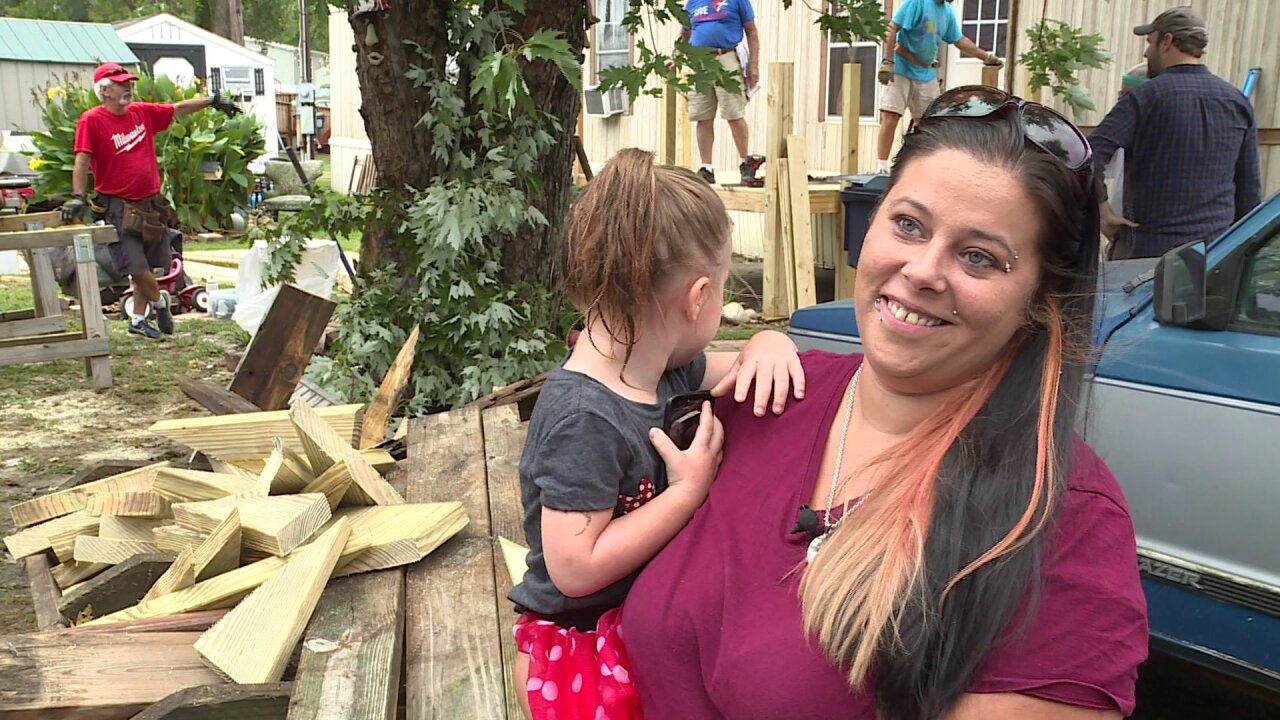 PRINCE GEORGE COUNTY, Va. -- Emily Crouch moved into the Pine Ridge mobile home community in Prince George County about a year and a half ago. From the beginning, her front porch was a problem.

“It has been falling down since I have gotten here,” Crouch, a mother of two, said. “My son would always say he’s going to go outside and the porch is going to fall down.”

But getting it fixed was going to require more money than she could spend.

Then, one day, she received a visit from a group of strangers.

“These lovely men knocked on the door and asked if I would fill out a piece of paper to see if I qualified,” said Crouch.

If she did, those men said that they would build her a new porch – for free.

While she didn’t know them, Crouch knew this wasn’t a scam.

“I have seen them working in here [Pine Ridge],” said Crouch. “It was the same guy that I’d seen working on a porch, so I knew when he come and knocked on the door that it was legit.”

The men were from project:HOMES, a non-profit organization that specializes in affordable housing and home repair.

You can also call this particular crew the disciples of Peter.

Pete Adler is a retired Lt. Colonel in the U.S. Army, who has found his calling building porches and wheelchair ramps for those in need.

It all started about 13 years ago, when project:HOMES approached Adler’s Rotary Club with a proposal to join forces.

Adler and his club accepted the mission, and they’ve been hard at work ever since, building some 180 ramps in seven different states, but mostly in Central Virginia.

“There’s a huge demand throughout the entire Richmond area, as aging population people want to stay in their homes,” said Adler. “A ramp is a life-changing opportunity for them.”

As stated earlier, to qualify for a project:HOMES ramp, there’s an application process that must be completed.

Once someone is approved, the organization provides the building materials, while Adler – the Army logistics expert – gets things moving.

“My job is to put the volunteer team together and schedule a date and install the wheelchair ramp,” said Adler.

And he has attracted quite the following.

“Pete’s the boss,” said Bob Hodge, one of Adler’s woodworkers. “He’s a very detail-oriented individual. When I walk away from a ramp that we’ve finished, I look at it as kind of a thing of beauty.”

But while these projects require a lot of manual labor, the volunteers said it never feels like work.

“It is a very good time,” said Hodge. “You’ll never hear any cursing on this, if you hear anything it will be praise.”

That’s because, while Adler is the general at these work sites, he and the others take their marching orders from a higher authority.

“There’s definitely a faith component to this that brings us all together,” said Adler.

Neither does Emily Crouch. She qualified, and now she has a brand new porch.

“I’m very blessed,” said Crouch, fighting back tears. “They really blessed me with something nice.”