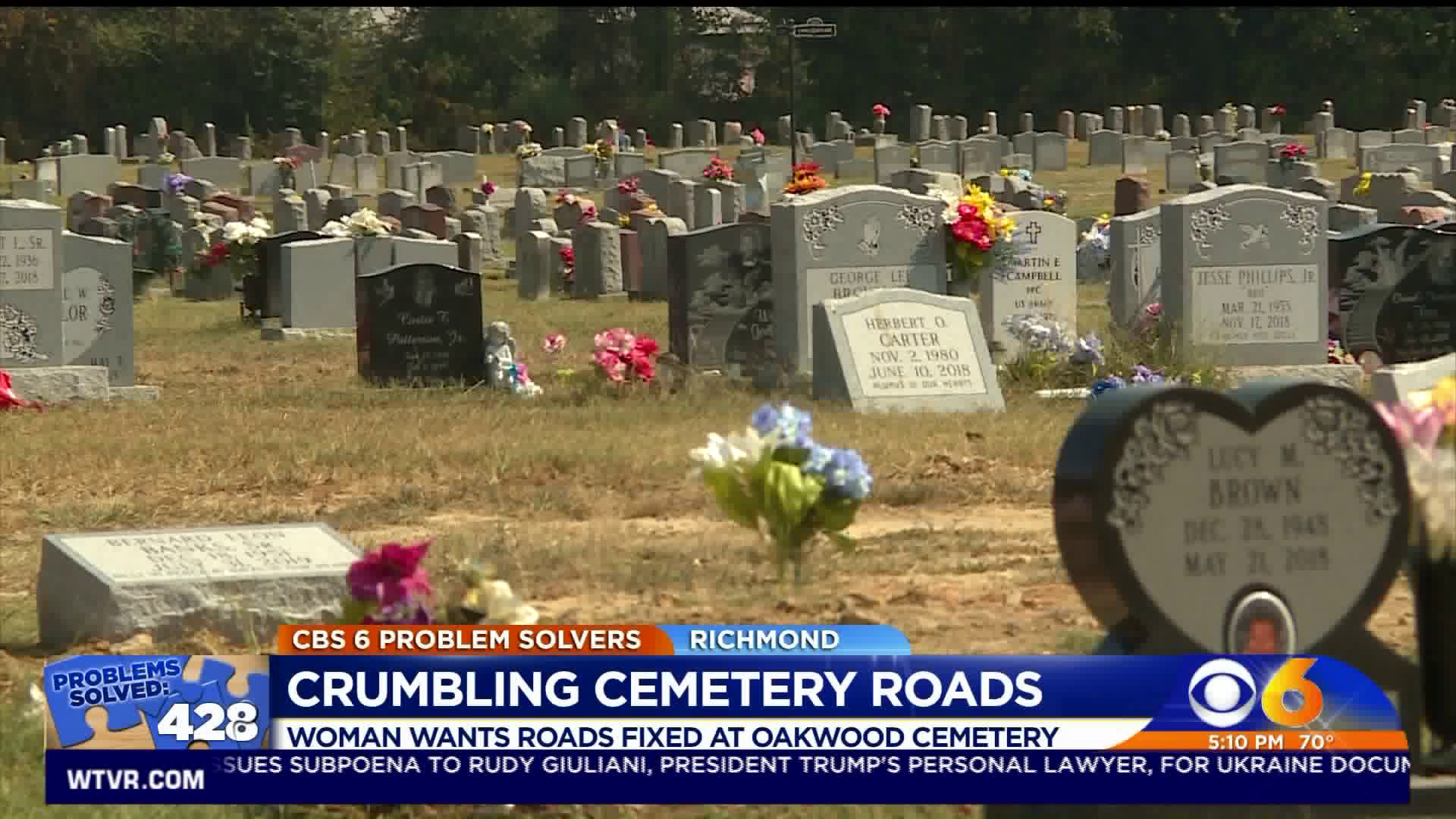 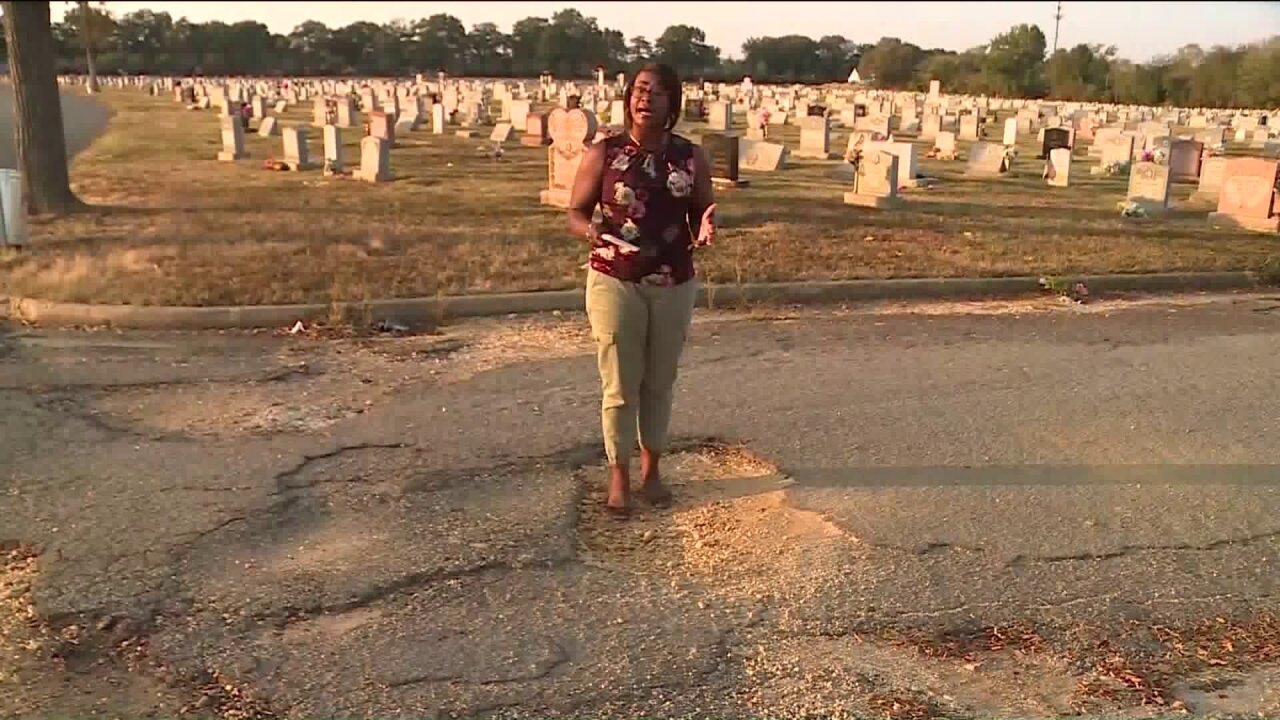 RICHMOND, Va. -- “If I wanted to get here, I should hop on a helicopter to avoid all the potholes.”

Elizabeth Bradley is only joking about landing a helicopter in Oakwood Cemetery to avoid the potholes and crumbling roads, but she’s extremely serious about getting them fixed.

Bradley’s husband, who died in 2007, is buried there. She said shortly after his burial, she first raised her concerns with the city when her ride to his grave site and her parents’ graves got bumpier each time.

She said the condition of the roads showed a lack of respect for all the families who have loved ones buried there.

“It’s not saying anything good about the city when they are not keeping up their own property,” she added.

In May 2018, the CBS 6 Problem Solvers highlighted another family who wanted to highlight the exact same issue.

We were told then, by Richmond Parks and Recreation, that funding for cemetery road repairs had been identified.

The CBS 6 Problem Solvers drove around Oakwood this week to get a  first- hand look, capturing all the dips and bumps along the way.

An office worker at the cemetery, not authorized to speak with the media, said  the Parks and Recreation Department was responsible for the roads in Oakwood Cemetery.

The Problem Solvers reached out to that department and to Richmond City Council member Cynthia Newbille, who represents that district.

Bradley said she hoped shedding more light on this problem will prompt the city to take quick action.

Tamara Jenkins, a spokesperson for Parks and Recreation, said it’s a $28,000 job that would be done by an outside contractor.

In an email, she said, “While it is a project that should have been completed last year, due to short staffing, it fell off of our radar. We are currently reaching out to paving companies that are on contract with the city with the goal of having the work completed before the end of the calendar year,” Jenkins said.