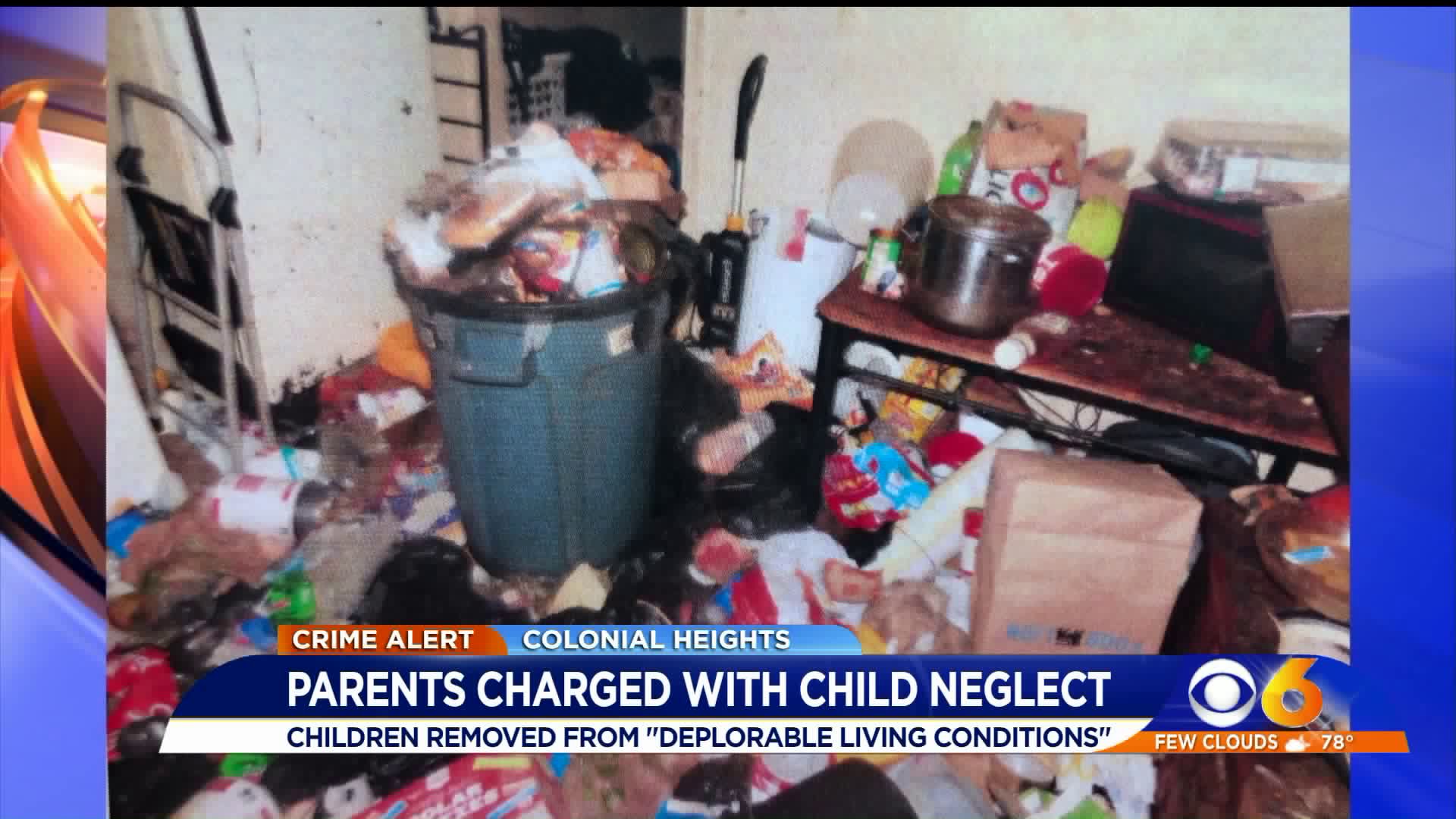 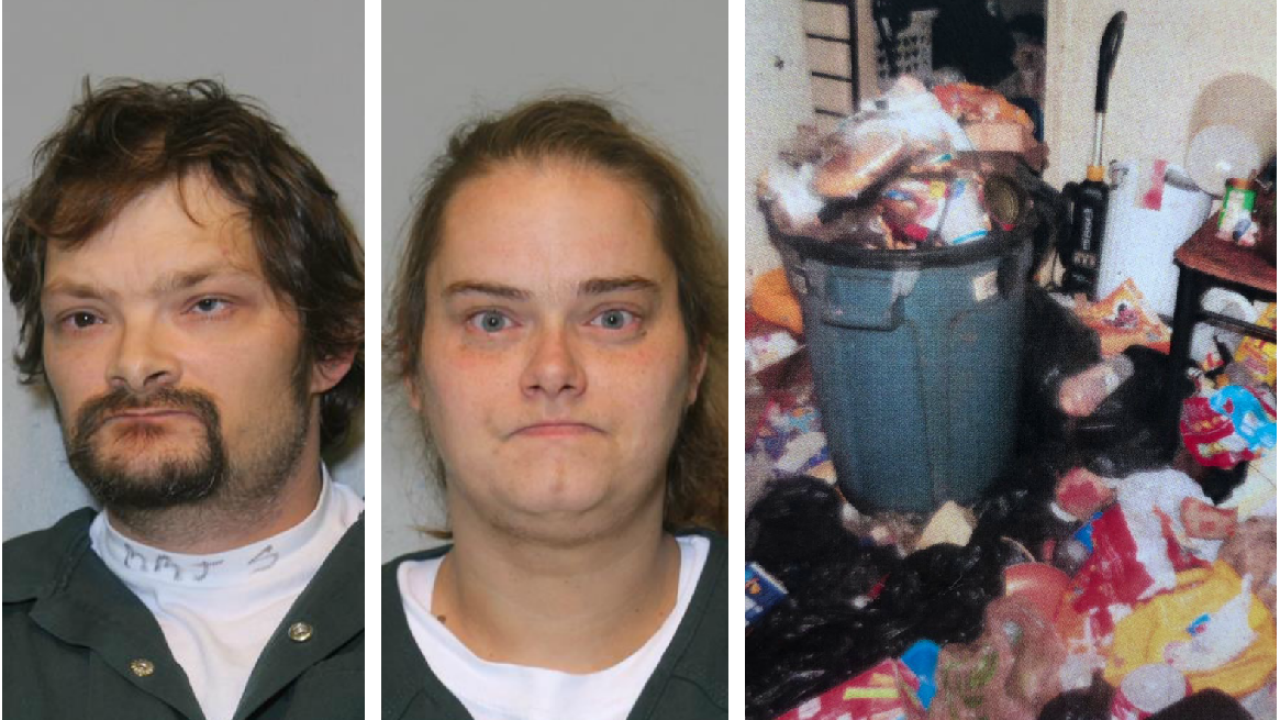 COLONIAL HEIGHTS, Va. – Two Colonial Heights parents are facing felony child neglect charges after their children were removed from their apartment due to filthy living conditions.

Colonial Heights Police were called to the Branders Bridge apartments on Tuesday for reports of an altercation.

“Police were in the area for an unrelated incident, walked by the home… their attention was drawn to the home,” said Deputy Commonwealth’s Attorney Ashley Henderson. One of the things that caught the officer's attention was a sign taped to the door that read "Do Not Disturb."

“Based upon that, they asked for consent to enter the home. Entered the home and found the home to be in conditions that were of significant concern to the police department,” Henderson added.

Three school-age children were lived at the apartment with their two parents and multiple pets.

Colonial Heights Police Sgt. Renee Walters called the conditions some of the worse their veteran officers had ever seen.

“A lot of them(officers) have been here for a while and haven’t seen anything in the condition they saw last night. Very concerning for us, for the children, and any adult as well. But really for the children, living in conditions like that,” said Walters.

The parents, identified as Anthony and Emily Hampton, have each been charged with three counts of felony child neglect. The children, who were inside the apartment, were removed by Child Protective Services.

The parents have an arraignment scheduled for Thursday morning.