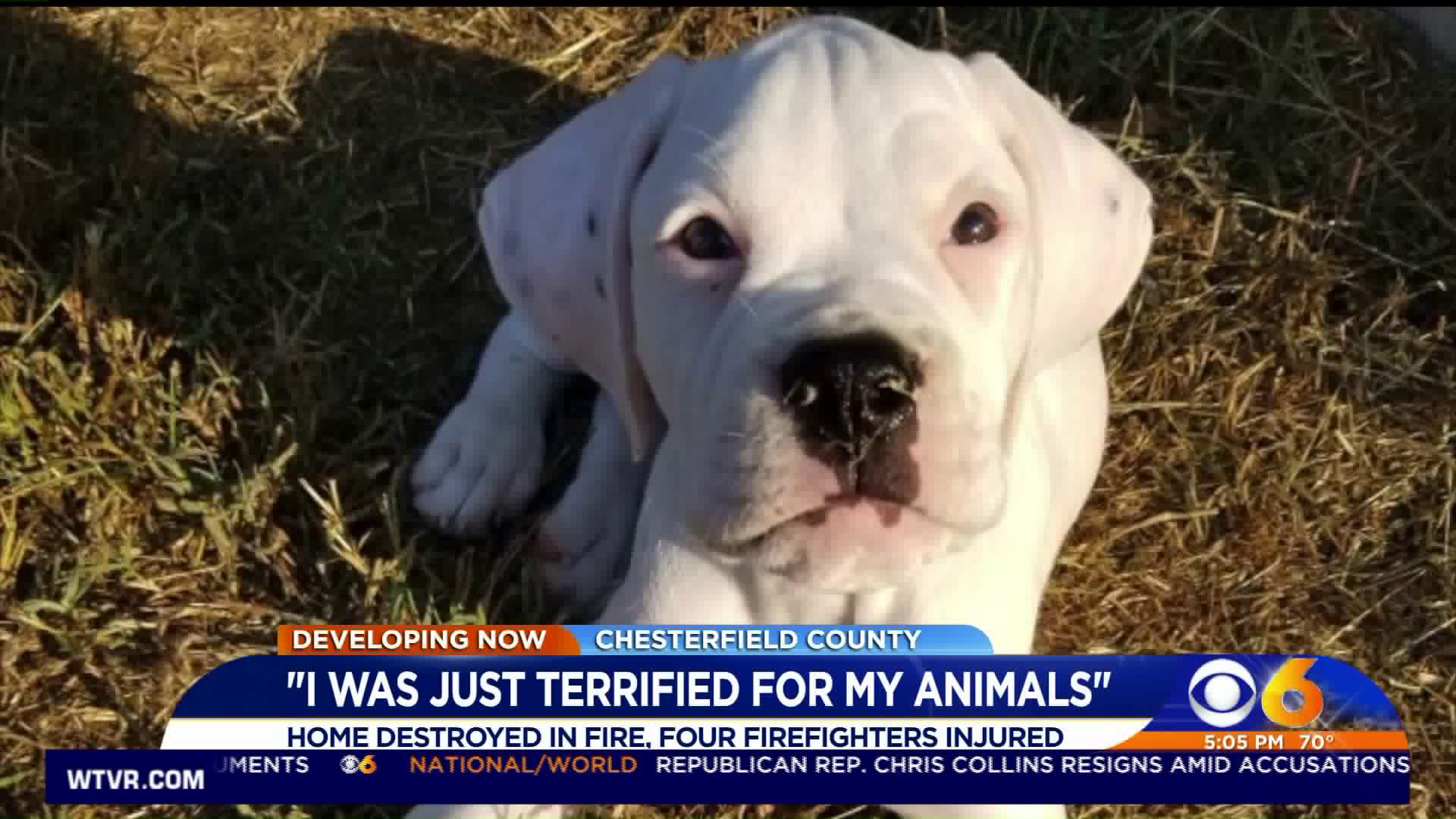 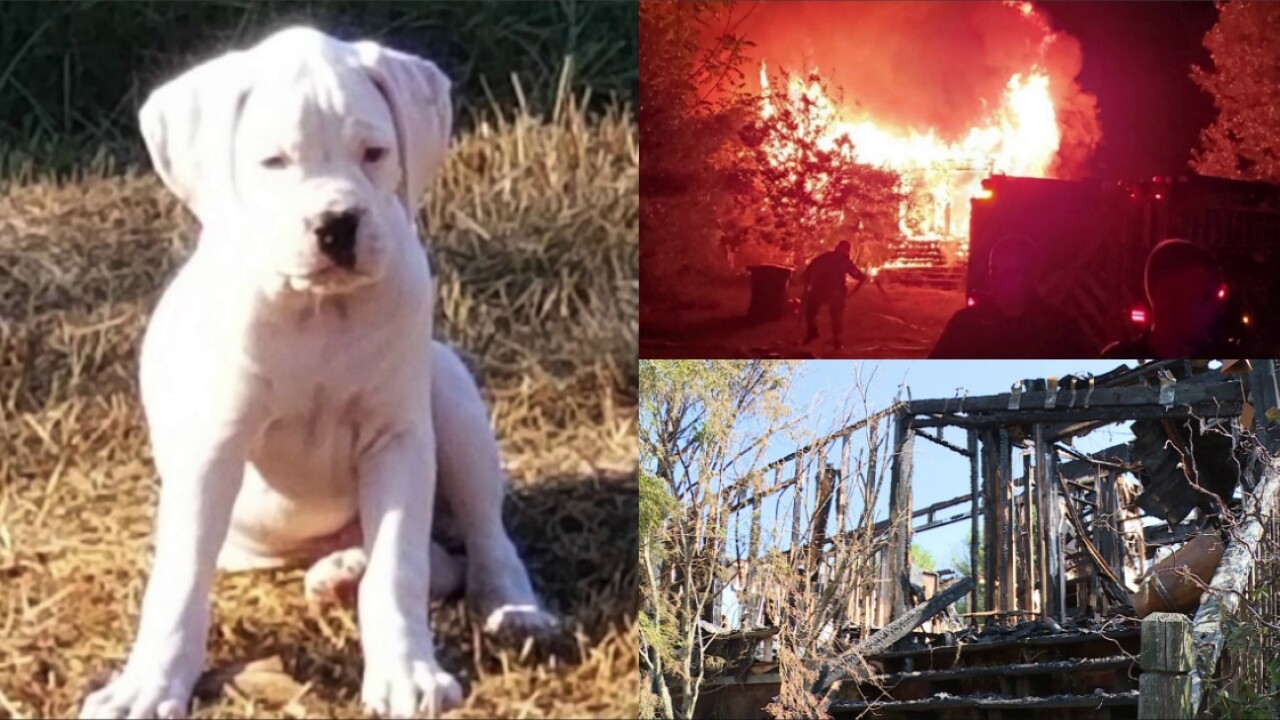 CHESTERFIELD COUNTY, Va. -- A Chesterfield couple escaped large flames at their rural home, but animals they rescued from a shelter perished in the fire.

Jackie Maybury said she was asleep on the couch of her Hickory Road home when she woke up to flames on her front porch.

"My older dog followed me out, and I screamed for Ghost, but he got scared," Maybury recalled. "He ran back into the house somewhere."

Ghost is the couple's 11-week-old boxer puppy that Maybury attempted run in and save.

"I went to go back in to get him screaming for him, but there was so much smoke I had to leave," she remembered.

Fire officials said they got the call just before midnight Tuesday for a fire on the 6800 block of Hickory Road. They said they had the fire under control around 12:50 a.m. -- and worked for hours to put out hot spots throughout the entire structure.

Chief Sal Luciano stated it took first responders about 40 minutes to get the fire under control. Four firefighters were injured extinguishing the flames.

"One of them had some extremity injuries due to falling in the floor," Luciano explained. "Another firefighter had a fall and had a laceration to his head."

Two other firefighters were treated for heat exhaustion and dehydration. Three of the first responders were rushed to the hospital while the other was treated on scene.

"These men were very brave to do what they did and I'm very thankful to their service," Maybury explained.

One of the adults inside the home was treated on scene for smoke-inhalation.

Maybury's two cockatiels and five parakeets died in the flames. The couple had rescued the birds from a shelter.

The family prayed their puppy was hiding nearby.

"Hopefully he’s out there somewhere hunkered down scared. Hopefully we will find him," Maybury said.

The couple said they had lived in the home for 20 years. The couple added they were getting help from other family members.

Luciano said investigators deemed the fire accidental, but the cause is undetermined. The fire is believed to have started on the front porch.

The couple believes they lost everything in the fire and have to start from scratch. You can help the family through a GoFundMe set up by clicking here. 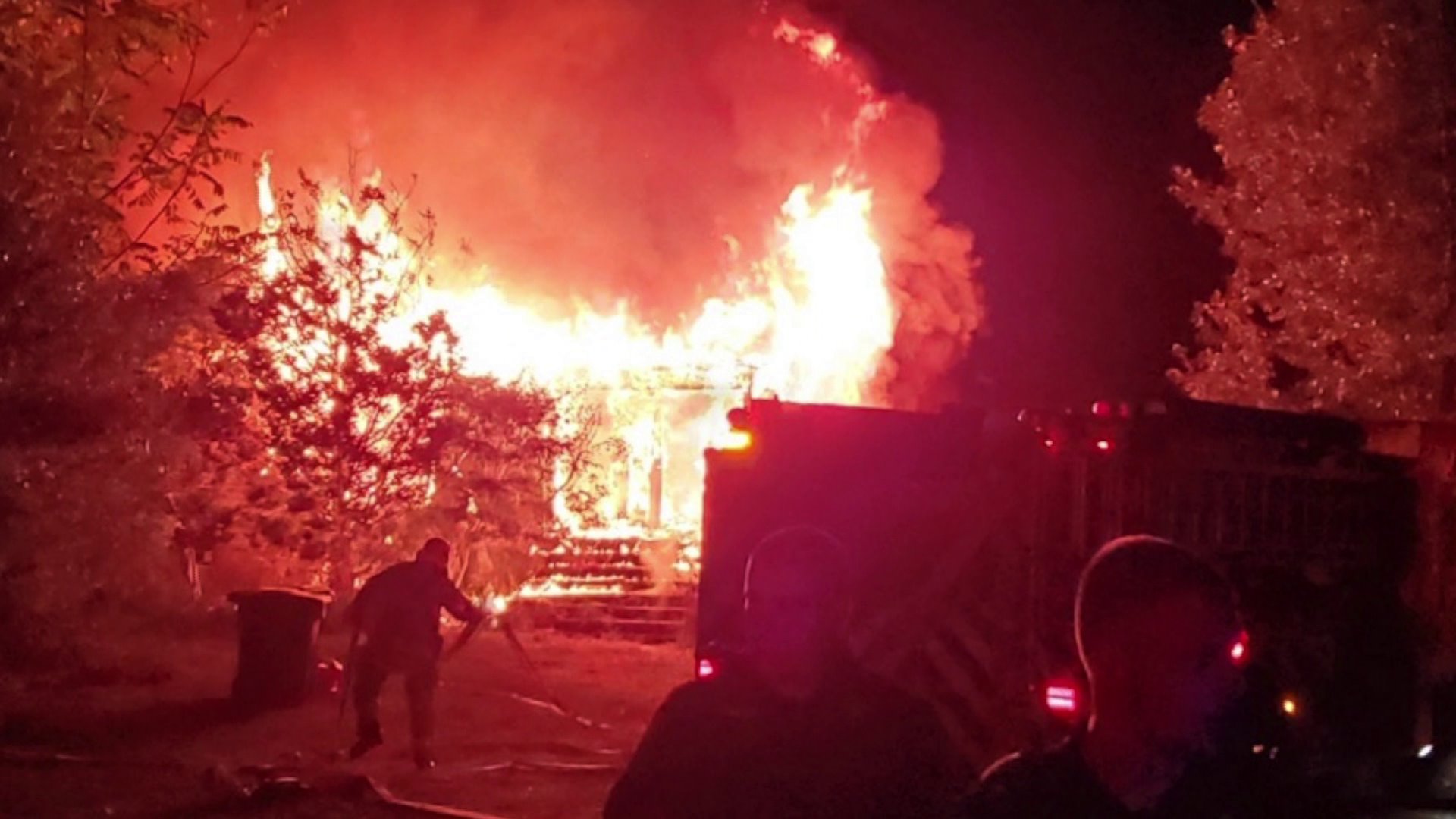