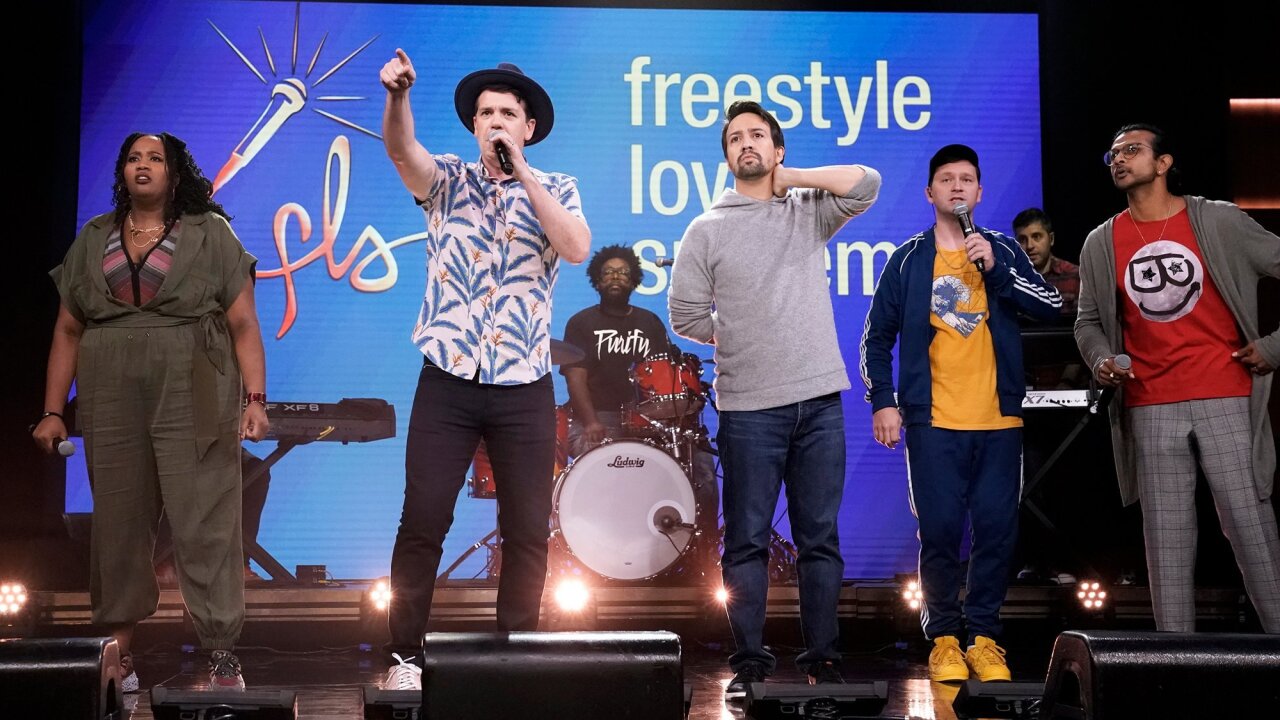 In “Freestyle Love Supreme,” the performers will take suggestions from the audience and turn them into “instantaneous riffs and full-length musical numbers” in an improv comedy-meets-musical show, according to the show’s website.

If you want an idea of exactly how unpredictable the show can be: on Tuesday night, Miranda played “a cow that got cooked and somehow sang both Phantom (of the Opera) AND Sweeney Todd from the afterlife,” he said in a tweet.

Veneziale, Kail and Miranda first developed the concept in 2004 when Miranda was developing “In the Heights.” Kail and Miranda are longtime collaborators — Kail directed “Hamilton” and “In The Heights,” both of which won multiple awards and shot Miranda into musical theater stardom.

The show ran off-Broadway last winter and has been playing in Washington, DC, as part of the Kennedy Center series.

Miranda will make unscheduled appearances during its 16-week run. Other occasional performers for the Broadway run include Christopher Jackson, Wayne Brady and Daveed Diggs — who played George Washington, Aaron Burr and Thomas Jefferson in “Hamilton,” respectively.

The show began previews on September 13, but officially opens at the Booth Theatre, where it will run through January 5, 2020.