Jeff Bezos tells Jamal Khashoggi’s fiancée one year after his killing, ‘You are not alone’ 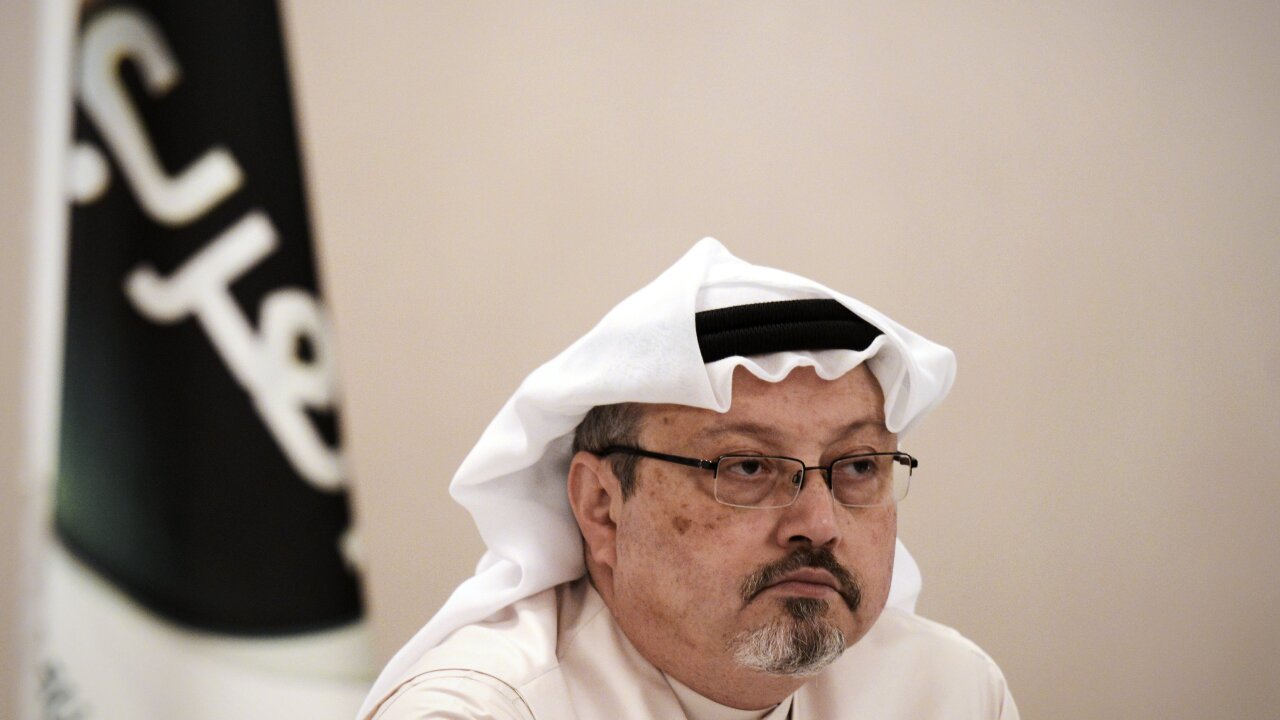 Two Washington attorneys are calling on International Criminal Court chief prosecutor Fatou Bensouda to push for an investigation into Saudi Arabia’s crown prince for the alleged kidnapping, torture and assassination of Saudi journalist Jamal Khashoggi one year after his disappearance as well as for other crimes against humanity, according to a petition obtained by CNN.

Since Saudi journalist Jamal Khashoggi’s brutal killing last October, many have been in grief — none more than fiancée Hatice Cengiz.

At a ceremony marking one year since the Washington Post columnist’s death, Jeff Bezos — Amazon CEO and owner of the Post — offered some comforting words for Cengiz.

“No one should ever have to endure what you did,” he said in front of a crowd gathered near Saudi Arabia’s consulate in Istanbul. That’s where Khashoggi was allegedly killed and dismembered, on October 2, 2018, by men with close ties to the highest levels of the Saudi government.

“Right here, where you are, you paced that street for hours, pacing and waiting. And he never came out. It is unimaginable, and you need to know that you are in our hearts. We are here and you are not alone,” he said.

When Bezos was done, the two hugged, and then Cengiz took the stage. She called Khashoggi her “best friend” and the “love of my life,” and said he had always called for “better conditions for people in his country.”

Khashoggi entered the Saudi consulate in Istanbul to get the paperwork allowing him to marry Cengiz.

He never came out — causing Cengiz to raise alarms.

The Saudi government insisted that Khashoggi left the building, but Turkish officials said he was still inside.

Over the course of the next few months, the details of what happened became clear. Khashoggi was killed during a struggle inside the consulate, injected with a lethal dose of a sedative, according to the Saudi Public Prosecutor’s office. His body was then chopped to pieces.

Saudi Arabia’s Crown Prince Mohammed bin Salman has said that he didn’t order the murder, but both the CIA and the United Nations concluded that he did.

President Donald Trump, despite condemning the murder, has defended the US’s relationship with bin Salman.

The Committee to Protect Journalists said it would hold a candlelight vigil outside the Embassy of the Kingdom of Saudi Arabia on Wednesday night.