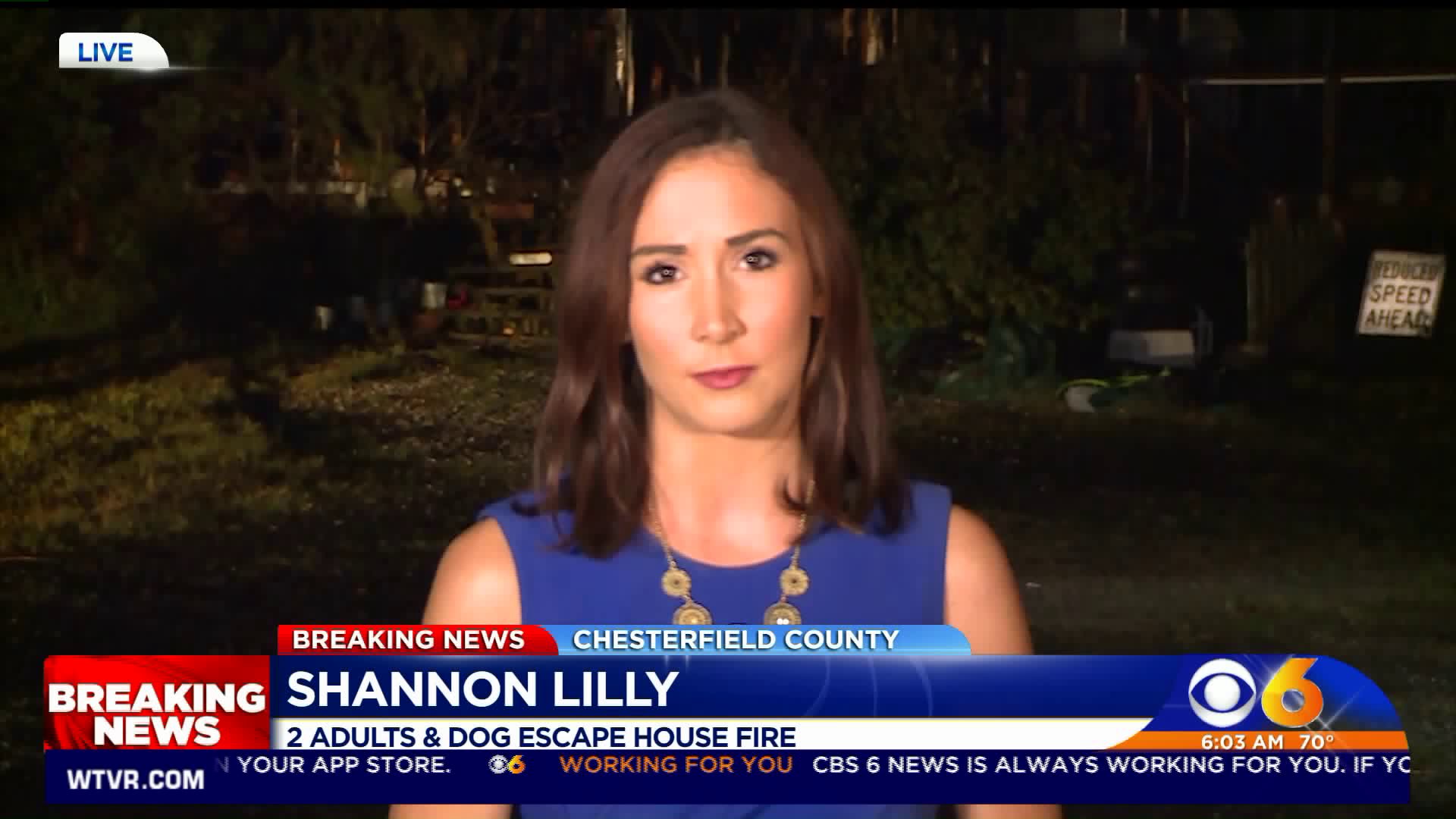 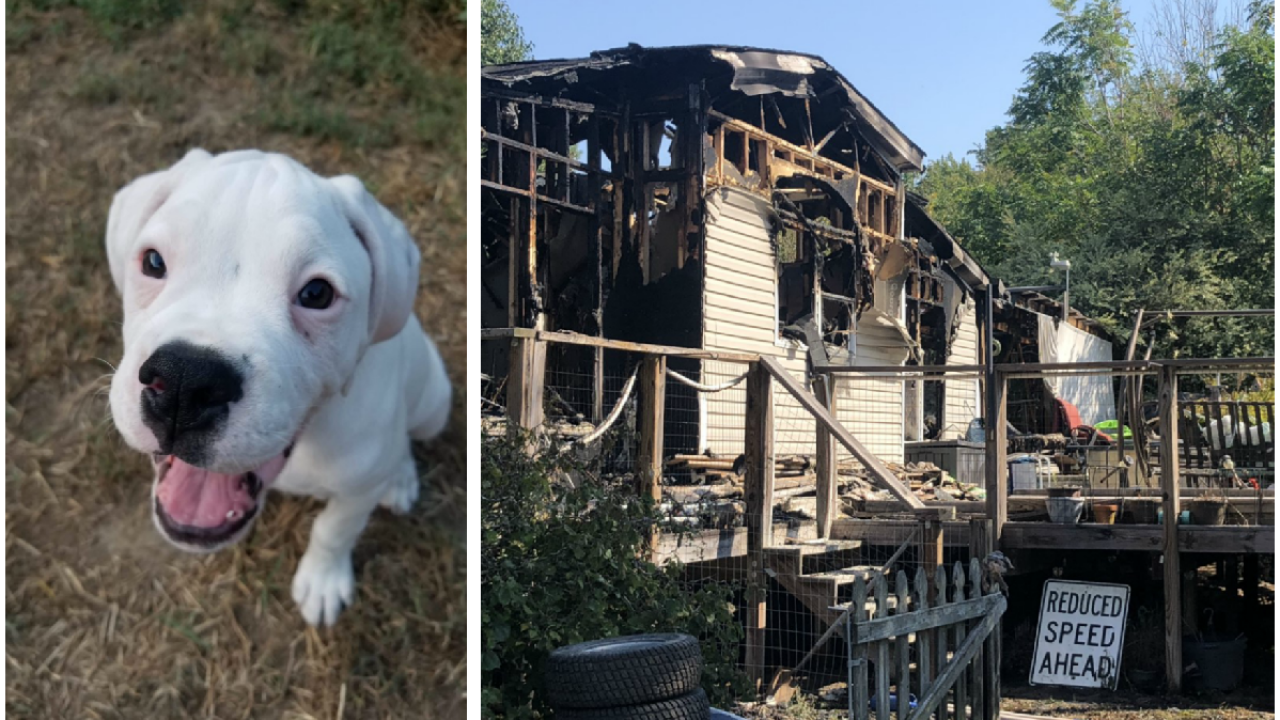 CHESTERFIELD COUNTY, Va. -- Four firefighters were injured while working to extinguish a house fire in Chesterfield Wednesday morning. Two were taken to the hospital for heat exhaustion, and the other for a laceration, according to the fire chief.

A couple and their dog were able to escape the flames, but the family tells CBS 6 their 11-week-old white Boxer, 'Ghost,' remains missing. Several pet birds were also inside the home when it went up in flames.

Fire officials said they got the call just before midnight Tuesday for a fire on the 6800 block of Hickory Road. They said they had the fire under control around 12:50 a.m. -- and worked for hours to put out hotspots throughout the entire structure.

The woman inside the home said she was asleep in the living room when she woke up to the flames. She said she believed it was coming from the porch.

One of the adults inside the home was treated on scene for smoke-inhalation. The couple said they had lived in the home for 20 years. They added they were getting help from other family members.

None of the firefighters' injuries were deemed life-threatening.

Fire officials said the cause of the fire remains under investigation.

The couple believes they lost everything in the fire and have to start from scratch. You can help the family through a GoFundMe set up by clicking here.