Harvard police officer posed with a toddler. She’s now a freshman, so they recreated the photo. 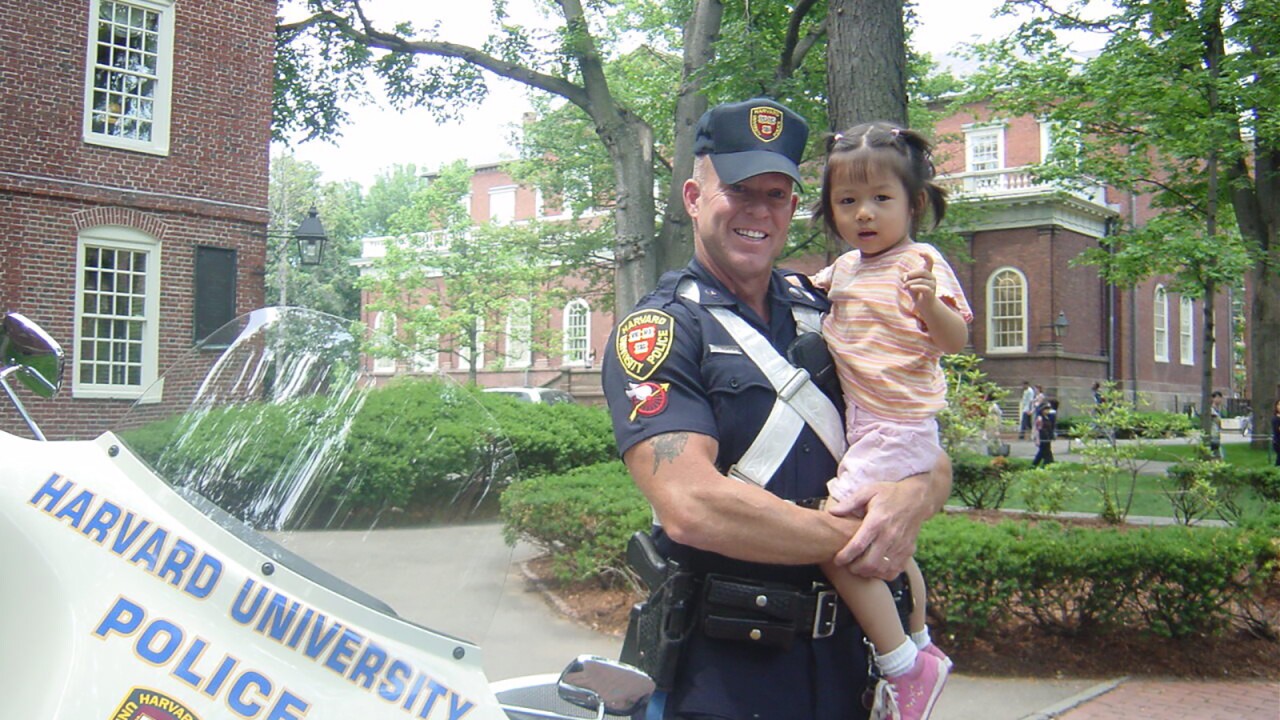 Fifteen years ago, Crystal Wang’s father snapped a photo of her in the arms of a Harvard University police officer during a campus visit. Turns out, the photo was prophetic.

Wang is now a member of Harvard’s Class of 2023. So, of course, she had to recreate the original image with Officer Charles Marren during move-in.

When Crystal Wang was 3 years old, she was photographed with Officer Charles Marren on the Harvard campus. When she moved in with the Class of 2023, the pair met again. (Swipe to see the original photo 😀)⠀ ⠀ Photo: Stephanie Mitchell/Harvard Staff Photographer

Wang had just turned 3 years old when her father, Jin, took the original photo while in the area for a business trip. She said she didn’t even know the photo existed until her dad showed her after she was accepted into Harvard’s dual degree program with Berklee College of Music.

Her dad told her she should try and see if Marren still worked there, but — not even knowing his name at the time — Wang was skeptical.

“In my mind, the likelihood of [finding him] was very low,” she told CNN.

She pushed the idea to the back of her mind.

But destiny had other plans. When she posted the original photo on Instagram announcing her college decision, a reporter working for the Harvard Gazette saw it and recognized Marren. She got in touch and set a date for the two to meet again.

When the two reunited, Wang said the connection was genuine. Marren even gave her his personal cell phone number and told her to call if she ever needed anything.

“It was just a really, really good time,” she said. “I really connected with him.”

All made possible by an old baby photo. Who could’ve imagined that?