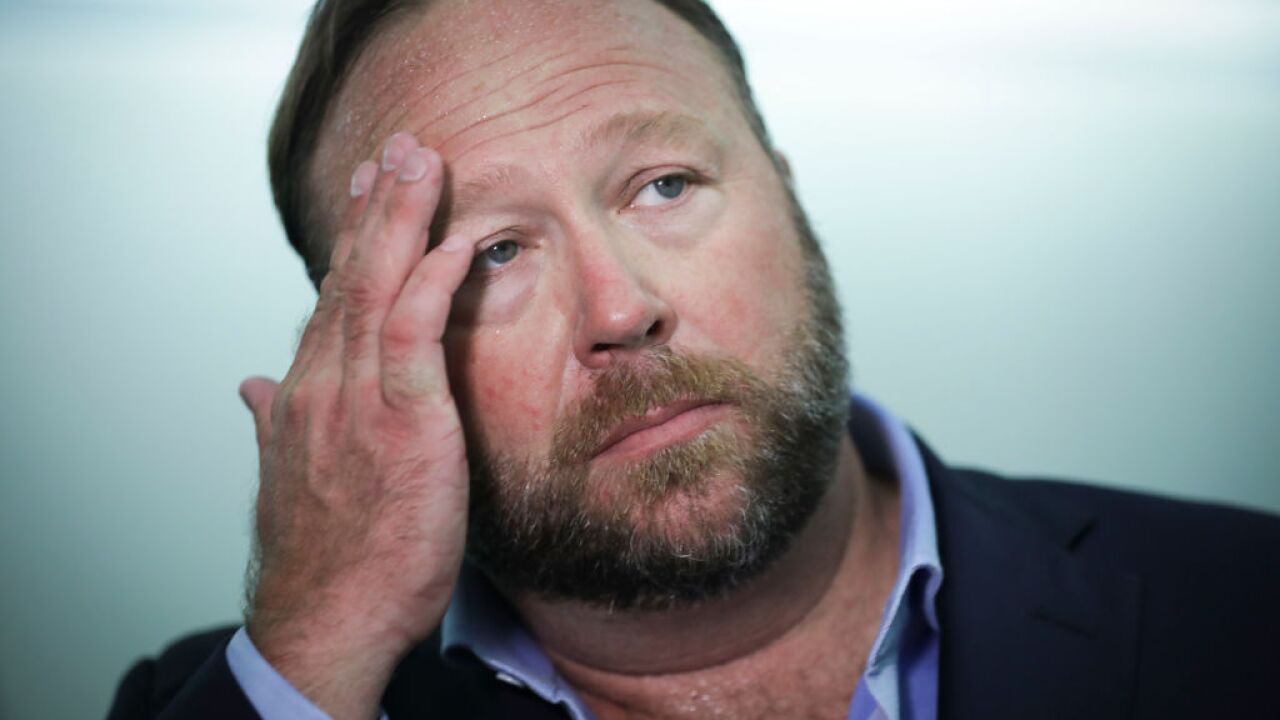 A former longtime employee of Infowars said in a deposition released this week that he was laughed at when he raised objections to the fringe outlet’s peddling of conspiracy theories related to the 2012 Sandy Hook shooting.

Robert Jacobson, who worked for Infowars from 2004 to 2017 in video production, said in a March 20 deposition entered into court records Monday that he was “disturbed” and “disgusted” by the outlet’s Sandy Hook coverage, believed it to be reckless, and attempted to raise concerns with staffers.

“The reason why I’m here is because of a tremendous amount of guilt that I didn’t act faster,” Jacobson explained during the deposition about his voluntary testimony.

The deposition, first reported by HuffPost, was taken as part of a lawsuit filed against Infowars by Scarlett Lewis, whose son was among those killed in the Newtown, Connecticut, shooting that left 20 children and six adults dead at Sandy Hook Elementary School.

Alex Jones, the founder of Infowars, falsely claimed the Sandy Hook shooting was staged. He has since been sued by the families of victims in both Texas and Connecticut courts for defamation.

In a sworn deposition taken earlier this year, Jones conceded the shooting was real, claiming a “form of psychosis” caused him at the time to believe it was staged.

Jacobson, however, said in his deposition that he raised concerns long before the lawsuits were filed.

The former Infowars employee said when he saw the outlet’s Sandy Hook coverage, he made it his “business to go in to the writers and explain to them as clearly as possible that there is journalist ethics.”

Jacobson said he attempted to “demonstrate what those ethics are,” why the writers were “violating them,” and “what the damage could be.”

“I remember,” Jacobson said, “I must have been in that room four to five times, at least, and only to be received with laughter and jokes.”

Jacobson pointed to Robert Dew, the “Infowars Nightly News” director who was deposed in the Sandy Hook lawsuit ongoing in Connecticut, as an example of an employee he believed to be “overzealous to receive any type of hint” that the Sandy Hook shooting “might have been a phony” or “staged act.”

“Any type of whisper that came through to him, he would celebrate,” Jacobson said.

Jacobson was asked at one point in the deposition whether the staff of Infowars was aware of the public’s opinion toward the outlet’s reporting.

“I believe they were,” Jacobson answered, adding that he believed the staff “got a rush out of it.”

At another point in the deposition, Jacobson was asked to rate the outrageousness of Infowars’ conduct, with 10 being the most outrageous.

Jacobson replied that he would rate Infowars conduct as a 10 on the outrageousness scale.

“It’s one thing, you know, to actually have a mistake and something else to have it pointed out to you, not just once but over and over and over again,” Jacobson explained, “and to not only hear the damage that you’re doing to people outside of your zone but to actually laugh about it, I thought that’s a 10.”

Asked by email to respond to the claims made in his deposition, Infowars attorney Barnes said Jacobson was a “disgruntled ex-employee” who was “willing to make up stories to attack his former employer.”

“He is not a reliable source and his statements are not accurate,” Barnes added.

Jacobson told CNN in a phone call that disputed that, arguing Barnes was not present during the events he described in the deposition.

In his deposition, Jacobson conceded he was terminated by Infowars. Jacobson, who claimed he was harassed for being Jewish, alleged there was a “culture of anti-Semitism” and abuse inside the company and that he filed a complaint with the Equal Employment Opportunity Commission.

Barnes told CNN that claims of anti-Semitism were “completely false.

Jacobson, however, pointed to a flier he alleged was photoshopped by Infowars staff to show his face on the body of a Hasidic Jewish man. Jacobson also noted he had been referred to by an Infowars personality as a “resident jew” on-air.

Asked about those specific allegations, Barnes disputed them to CNN. Barnes said the EEOC complaint Jacobson had filed was rejected. Jacobson disputed that characterization, saying the board never reached a decision, and that the complaint ended in a stalemate. Neither party was able to immediately provide a copy of the EEOC decision.

“Are they going to feel that I’m biased?” Jacobson rhetorically asked during the deposition. “Yes, but … everything is true that I am saying.”