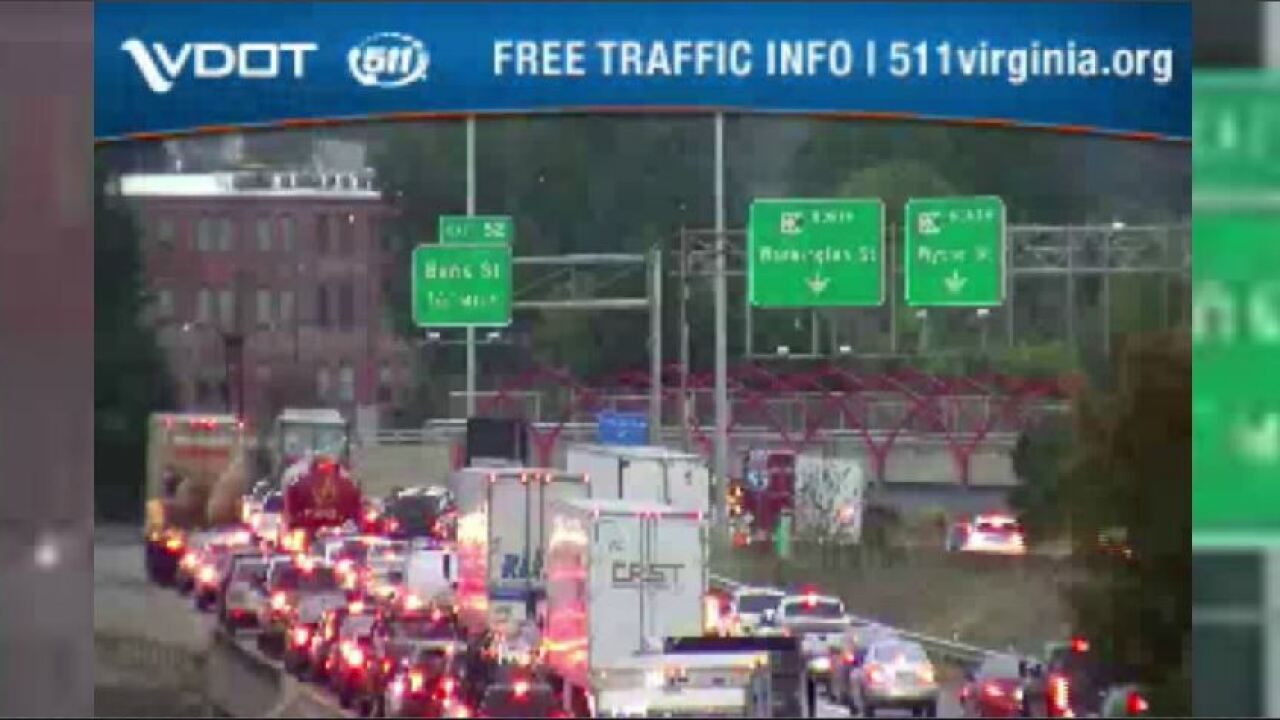 PETERSBURG, Va. — Ten to 12 vehicles were involved in crashes early Tuesday morning along Interstate 95 north near the I-95/I-85 split in Petersburg, according to Virginia State Police.

“The first crash involved four vehicles with the first vehicle striking another in the rear creating a chain reaction of vehicles striking each other,” Virginia State Police spokesperson Sgt. Keeli Hill said. “As of right now, one person has been transported for treatment of minor injuries.”

A second crash was reported as cars were attempting to avoid the first crash.

“The second crash involv[ed] six vehicles,” Hill said. “[A vehicle] attempting to avoid the initial crash, sideswiping a vehicle, and again creating a chain reaction of vehicles striking each other. As of right now, four people have been transported for treatment of injuries ranging from minor to serious. None is believed to be life-threatening.”

All lanes have since reopened and the traffic backup is clear .