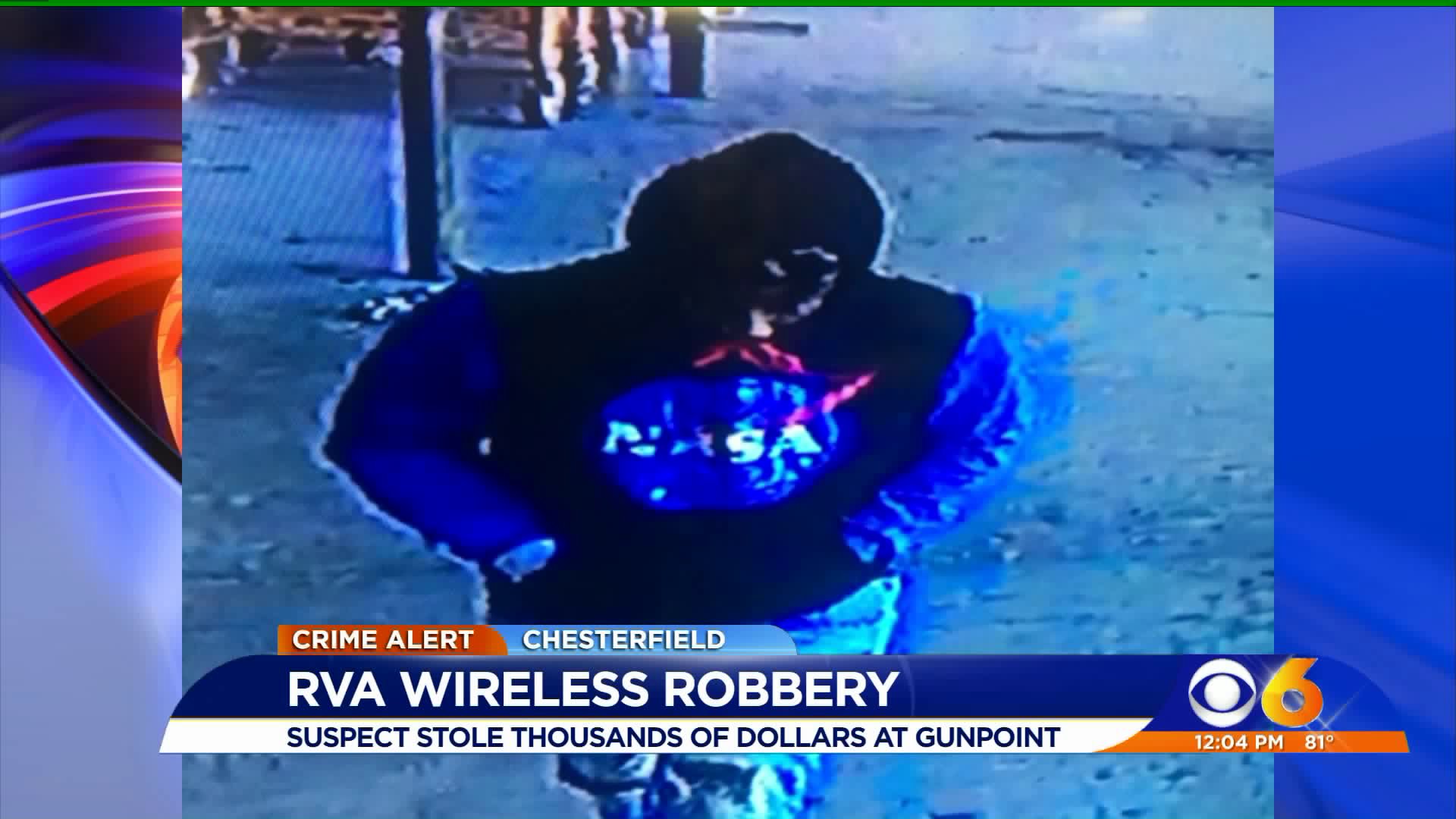 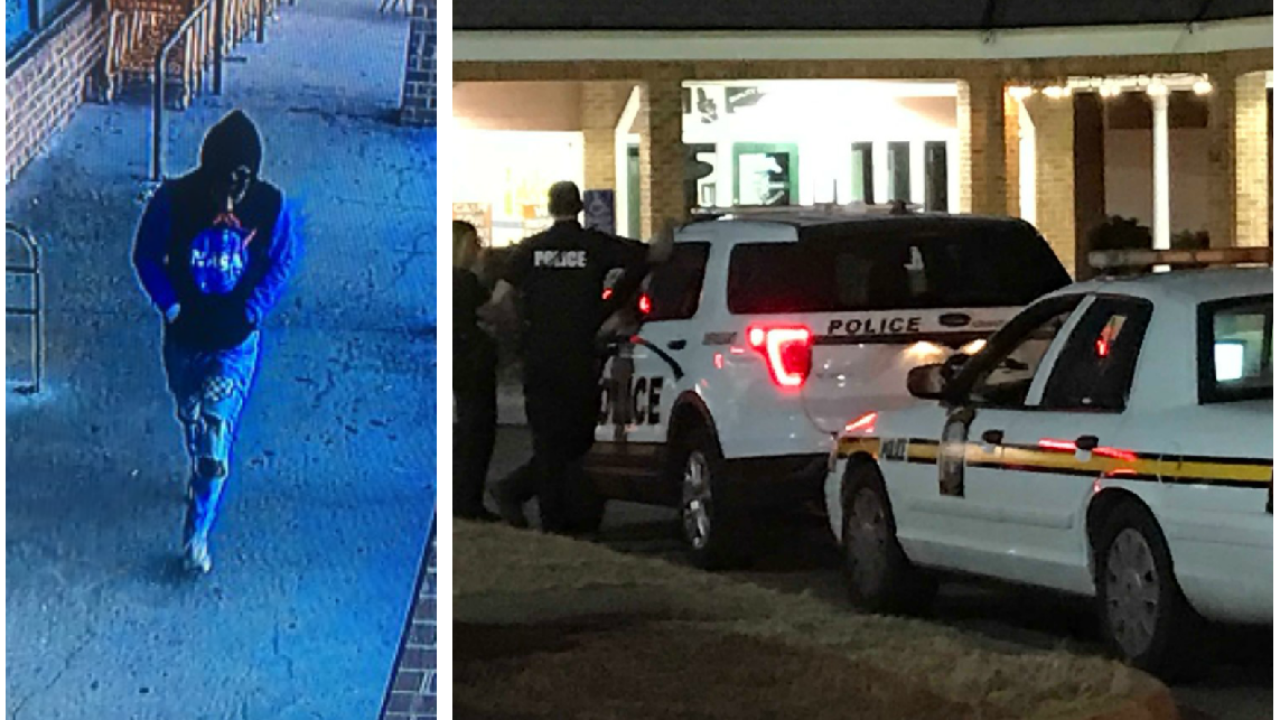 CHESTERFIELD COUNTY, Va. -- Chesterfield Police is asking for the public’s help to identify a man accused of robbing a cell phone store at gunpoint.

The robbery occurred at the RVA Wireless in the Chippenham Square Shopping Center on September 18.

A suspect wearing a black-and-blue NASA hoddie pulled a firearm and demanded cash. After receiving several thousand dollars, the suspect is accused of fleeing on foot towards an Arby's.

Police said the suspect got into a vehicle, believed to be a white, newer-model Jeep, that was parked near Granite Springs Road. The suspect was seen wearing the NASA hoodie, lighter-colored blue jeans with rips, and light-colored shoes. 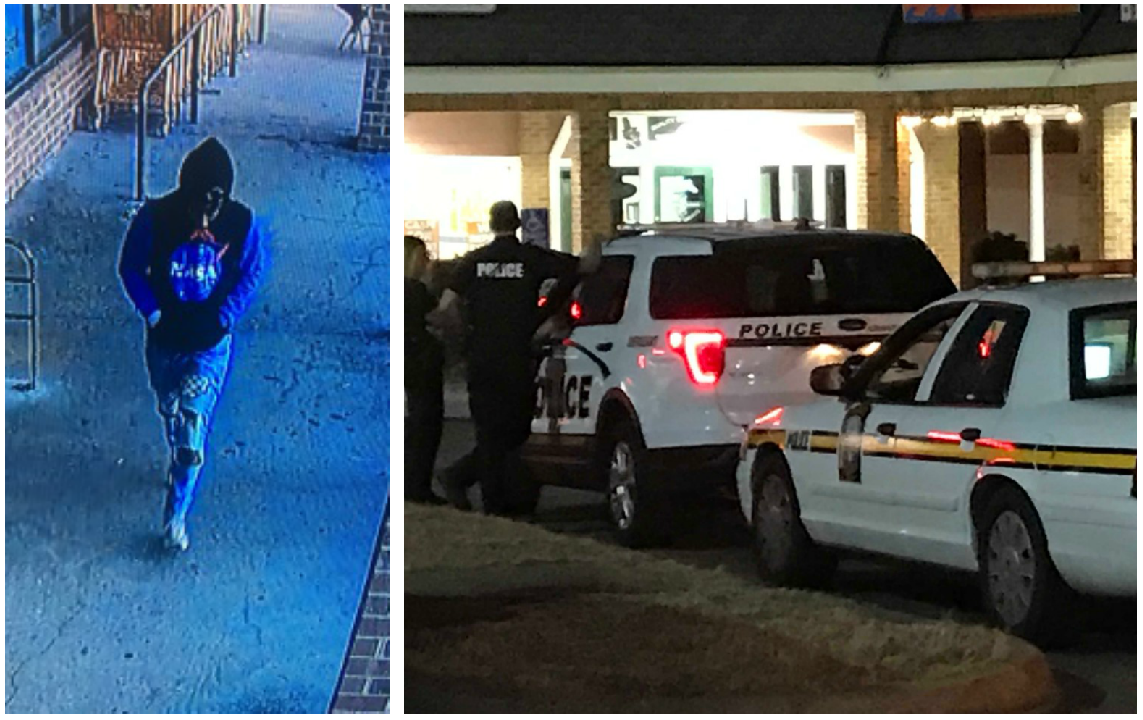 The robbery was named this week’s Chesterfield County/Colonial Heights Crime Solvers Crime of the Week.

If you have information that could help solve this crime, call Crime Solvers at 748-0660, or use the P3-Tips mobile app. We guarantee you’ll remain anonymous and you could receive a cash reward up to $1,000.