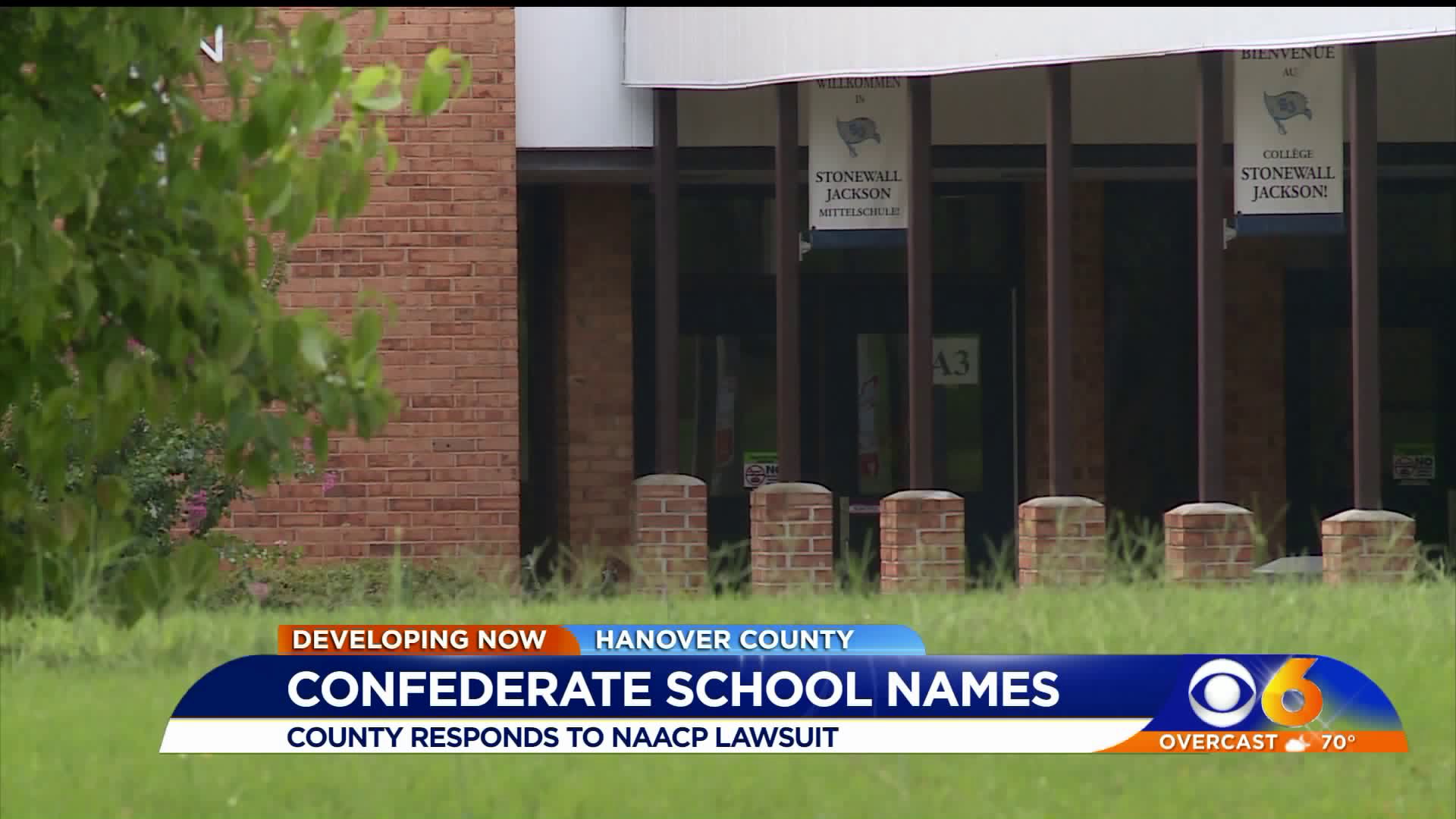 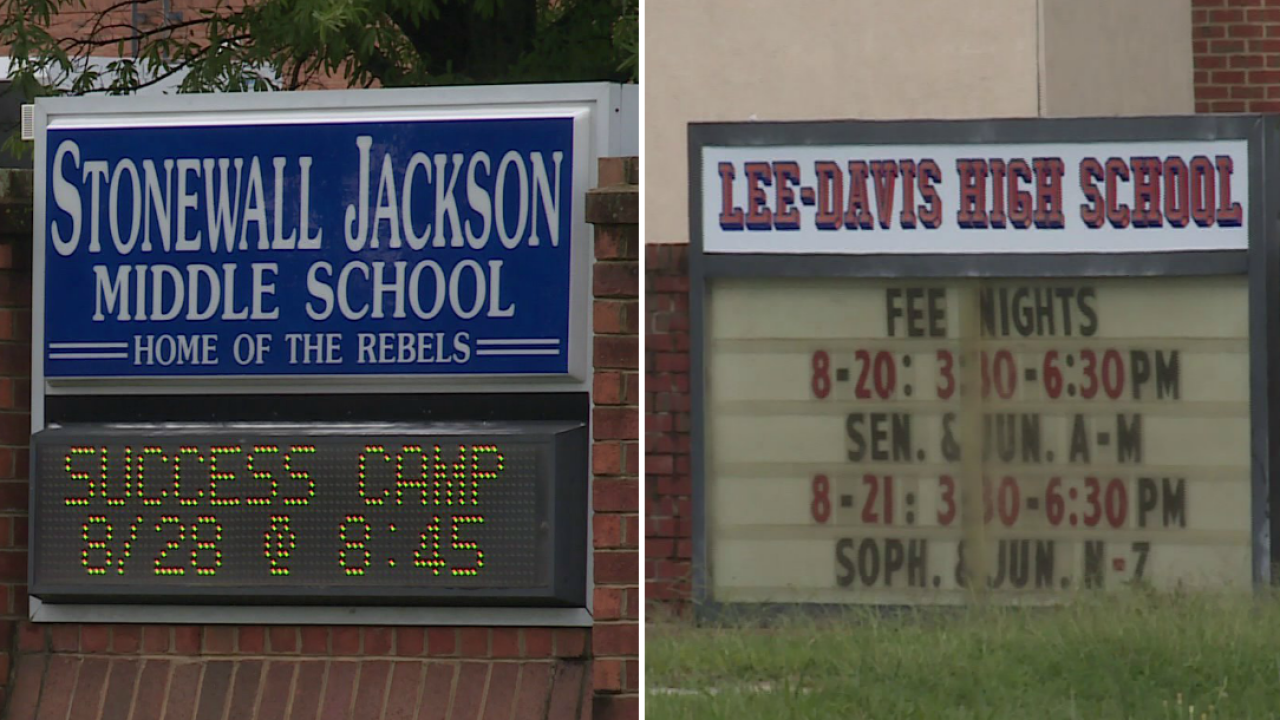 The lawsuit is over the school board's refusal to change the name of two county schools, named for Confederate leaders.

In a court document filed Monday in United States District Court, Hanover County and the Hanover County School Board denied a majority of the allegations in the lawsuit filed on August 16th.

The lawsuit alleges that students who attend Lee-Davis High School and Stonewall Jackson Middle School are being denied an equal opportunity to education, free of compelled speech. A violation, the lawsuit says, of students' First and Fourteenth Amendment rights.

"The case seeks to eradicate the vestiges of a shameful, racist educational system in Hanover County that forces African American students to champion a legacy of segregation and oppression in order to participate in school activities. Forcing public school children to use Confederate names as a condition of participation forces them to engage in a speech they disavow, in violation of their First Amendment right to be free of compelled speech."

The lawsuit alleges that forcing students to use the mascot names "The Confederates" and "The Rebels," is also a violation of rights.

The responses consisted of several denials to the allegations, only admitting to facts involving both schools, including that they were named for prominent members of the Confederacy and that Lee-Davis was built in a time period prior to integration.

They also deny that a Confederate soldier has been used a school mascot for Lee-Davis since 1994.

The lawsuit comes at a time when other schools in Virginia have changed their Confederate school names. Hanover County voted in 2018 to keep the names Lee-Davis and Stonewall Jackson, defending a survey that revealed a majority in the county were against a name change.