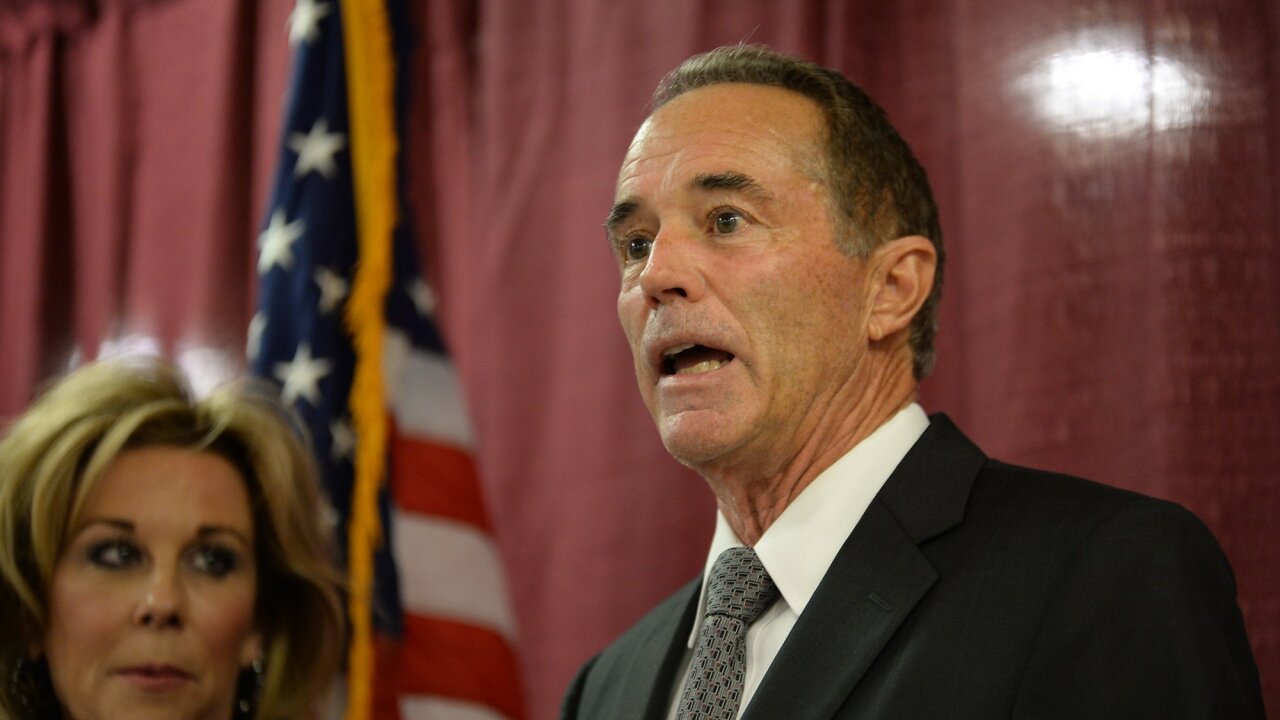 New York Rep. Chris Collins is expected to plead guilty to federal charges in an insider trading case, according to court documents filed Monday and a person familiar with the matter.

WASHINGTON — New York Rep. Chris Collins submitted his resignation Monday ahead of his expected guilty plea Tuesday to federal charges in an insider trading case, according to the House Speaker’s office, court documents and a person familiar with the matter.

Collins sent a letter of resignation Monday to the office of House Speaker Nancy Pelosi, according to her spokesman, who said Collins’s resignation will be effective Tuesday.

The first sitting congressman to back President Donald Trump’s bid for the White House, Collins was reelected to office several months after he was originally indicted in the insider trading case.

He faced reelection in 2020, and a guilty plea wouldn’t necessarily have caused him to immediately lose his congressional seat unless he resigned or if the House of Representatives were to expel him, which would require a full vote of the House.

It’s not clear if Collins, who was charged by the Manhattan US Attorney’s office, is set to plead guilty to precisely the same set of charges contained in the indictment against him, which was originally filed in August 2018 and was revised the following August.

Collins’ co-defendants — his son and another man — are also set to change their pleas on Thursday, according to court filings.

Collins and his co-defendants had pleaded not guilty twice in the case, once after the original set of charges in August 2018 and a second time — to the revised charges contained in what’s known as a superseding indictment — earlier this month.

Federal prosecutors in the Manhattan US Attorney’s office allege that the defendants acted on non-public information about the results of a drug trial, which was then used to trade on the stock of the pharmaceutical company, Innate Immunotherapeutics Limited, of which Collins was a board member.

The indictment didn’t allege that Collins himself traded on information about the failed results of a drug trial, but that he passed the information to his son so that his son could execute trades. The superseding indictment narrowed the charges against Collins, dropping some, but not all, of the securities fraud counts.

Speaking outside the courthouse after his second not guilty plea, Collins said he hadn’t decided whether to run for reelection in 2020, adding that he would decide by the end of this year. “I look forward to being exonerated in due course,” he said at the time.