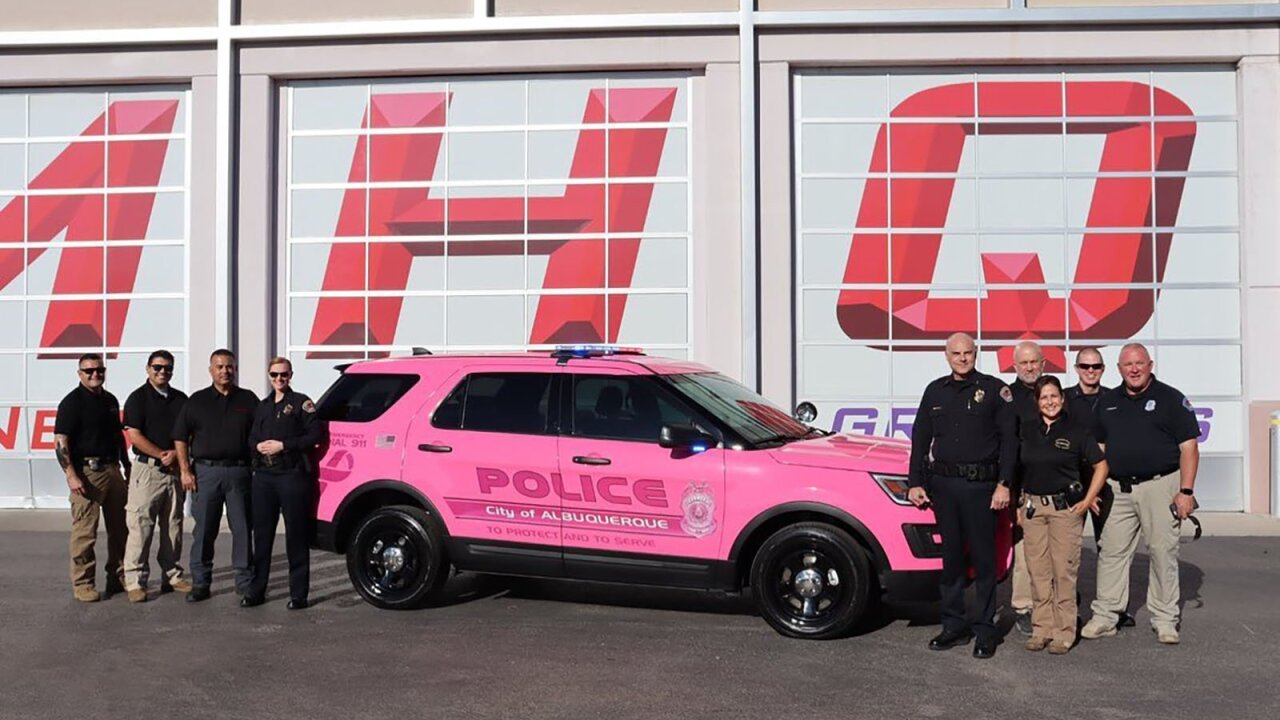 For the entire month, the eye-catching vehicle will cruise the streets of Albuquerque, New Mexico to raise awareness.

“Our mission with the car is to create breast cancer awareness, and acknowledge the fight against all cancer,” Albuquerque police said in a Facebook post.

CNN has reached out to the department via phone call and email — and is waiting to hear back.

The car recently appeared at a Care4Cancer Car Show to raise funds.

“The pink car shows APD’s support and solidarity throughout the community, as everyone has been affected in some way by cancer,” the department said in the Facebook post.

Police stations across the nation are embracing pink for Breast Cancer Awareness Month. A number of other cities also have pink police vehicles patrolling their streets, including El Segundo, California and Novi, Michigan.

Some stations have adopted pink badges for the month of October as part of the Pink Patch Project, a fundraising and awareness-building campaign carried out by public safety agencies worldwide.

Breast cancer is the most common cancer for women in the United States, regardless of race or ethnicity. In the US, 1 in 8 women will develop breast cancer over the course of her lifetime. An estimated 41,760 women in the US will die from it this year.