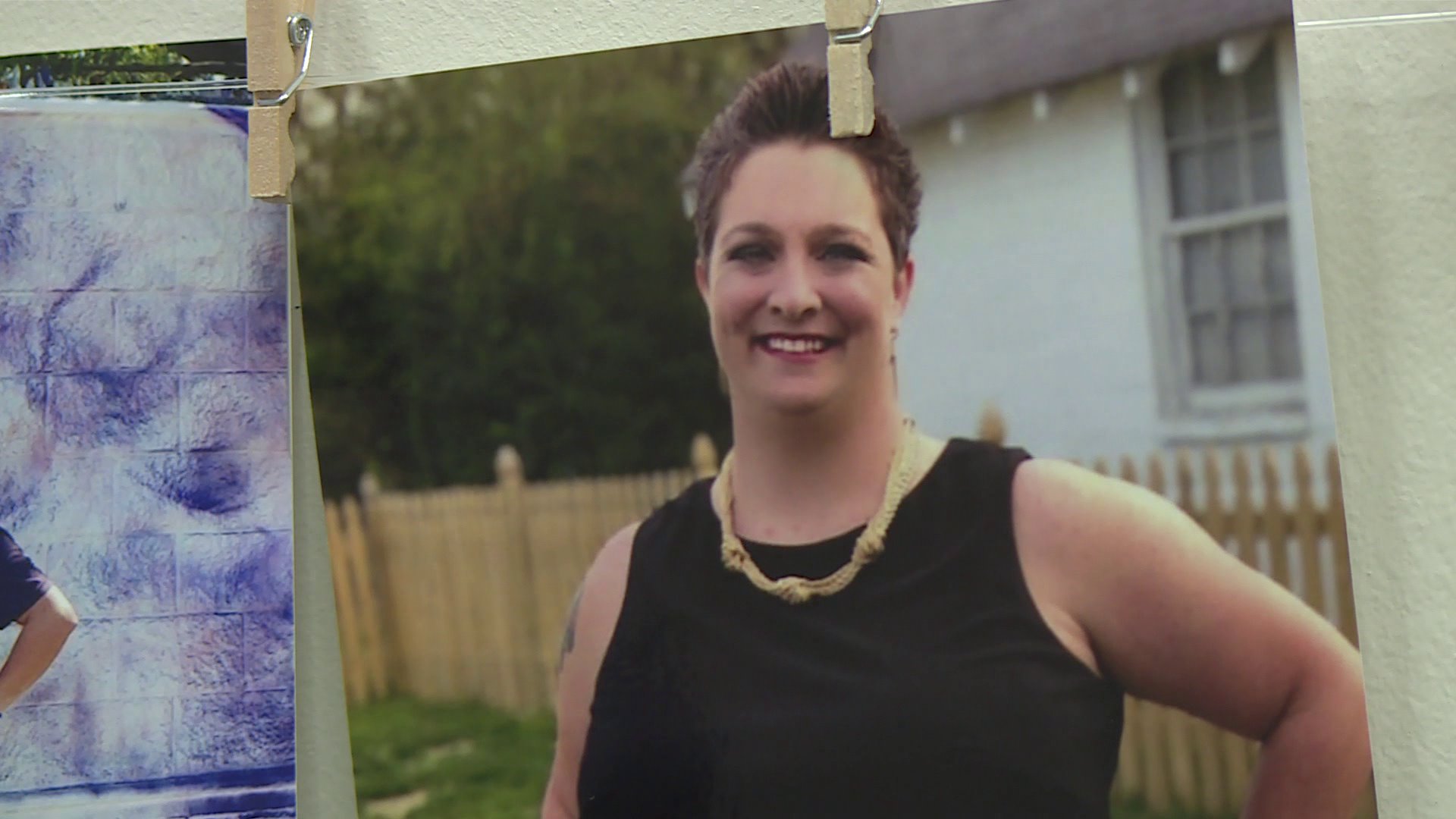 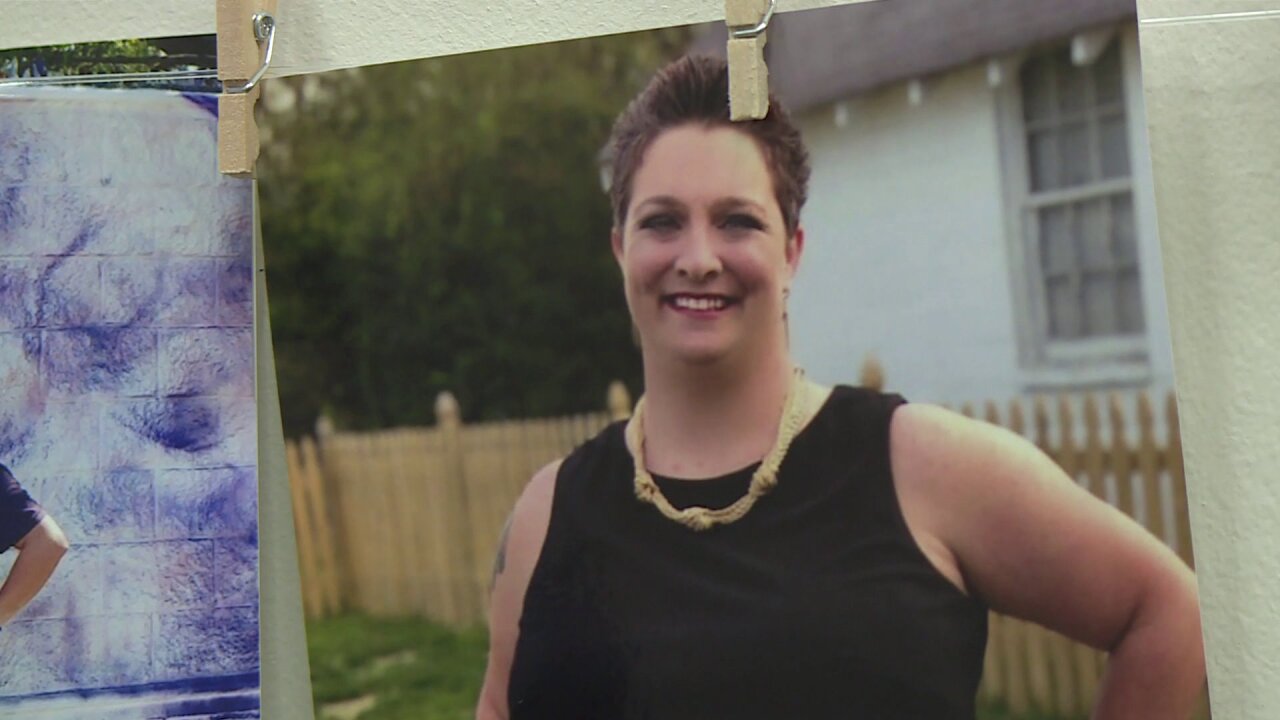 Myrick, who was diagnosed with colorectal cancer in 2016, passed away in late August.  Purple and blue flowers decorated the event space and hundreds of photos of a smiling Myrick, taken at destinations around the world, greeted people as they entered.

"She feared nothing, and because of that, she empowered herself to bring so much joy to so many people," said Casey Dokoupil, a longtime friend.

"Peggy Elizabeth lived a life of love.  She was one of the most selfless human beings I ever met," said Ryan Jones, Myrick's cousin.  "When we were watching the sunrise at the Grand Canyon one morning on her bucket list trip, I asked her how she managed to keep her positive attitude with everything.  She told me to focus on one positive thing each and every day, and that sets the lens for how you see the rest of your day."

Following her diagnosis Myrick became an outspoken advocate for research of colorectal cancer, and the Chester native even appeared on a billboard in Times Square advocating for better screening policies.

Colorectal cancer occurs when abnormal cells form tumors in normal tissues of the intestines and digestive system, the group Fight Colorectal Caner reports.  Fight CrC said it is the second leading cause of cancer death among men and women combined and the third most commonly diagnosed cancer.

"She made her mark on so many of us," one woman said.  "Instead of saying you only live once, no you live ever day, you only die once."

Congresswoman Abigail Spanberger (D-7th) said she met Myrick during the 2018 campaign, and in that short time, the Congresswoman said Myrick became a friend.

"I am changed because of my friendship with Peg, and for the rest of my life, I will carry with me the strength that she gave me and the love that she showed me," an emotional Spanberger said.

Myrick was known as a planner, her loved ones said, and she delivered a taped message from shortly before her death to the crowd, urging everyone to live life through loving others.

"All of us are going to die, cancer or not," Myrick said.  "Love each other. Life is short, and we're only here for a short time, so enjoy it, take care of each other, and be kind. I I love you."

“We were deeply saddened to learn of Ms. Myrick’s passing. During her tenure at Stonewall Jackson Middle School, she taught Spanish and served as Department Chair," Hanover County Public Schools Superintendent Dr. Michael Gill said. "She was a dedicated educator and was much loved by her students, their families, and her colleagues. Peg was strong, fearless, and passionate during all phases of her life. She serves as a role model for us all.”

Myrick's final post on her "Peg's Cancer Journey" blog in August revealed she was in hospice care.

"I know I have been on social media less frequently, but honestly most days I just don’t have the energy for it. But I am feeling pretty good today, so I wanted to update you on how I’ve been," Myrick wrote on Aug. 9.

Myrick expressed her gratitude to the hard-working team keeping her as "comfortable as possible."

"The good news is that if I have to be in a bed the rest of my life and be in one room, this one is about as cozy as it gets," Myrick wrote. "It is a little surreal to be living in my parents’ dining room – something I never pictured when we had thanksgiving meals in here as a kid! – but Pops has helped me transform the room into my own comfy oasis. There are curtains on the doorways for privacy, blackout curtains on the window whenever I need to nap during the day, and I’ve decorated with pictures and items that mean a lot to me. I am very comfortable and find a lot of peace here."

"That is where I am at with my journey right now. I am at peace with that.”

Teacher: 'It's not how long you live, it's how you live each day'

The Chester native, who was featured in a Heroes Among Us report in February of 2019, reflected on the devastating diagnosis.

“In my heart and my gut I knew something was wrong,” Myrick said. “I was misdiagnosed for ten months because I was told I was too young for colorectal cancer.”

Then a colonoscopy revealed the truth on Halloween in 2016.

“So to wake up and find out I did have cancer, and that it had spread to my liver, was a shock,” Myrick said.

After Myrick learned the clinical trial she was taking part in, which initially showed promise, but was unsuccessful, she said she was at peace.

“The only thing you’re guaranteed when we’re born is that we will die. It's not how long you live, it's how you live each day,” Myrick said.

Myrick was also an ambassador for the Fight Colorectal Cancer group and was selected be one of the faces of the organization on a billboard in Times Square in March.

“We’re encouraging others to stay up to date on their screenings and really listen to their body,” Myrick said.

Myrick: 'No one is guaranteed another day'

The 39-year-old talked about tacking her bucket list while raising awareness about colorectal cancer.

“I think it’s a lesson for me even before cancer -- I should have and encourage others to live life like it's your last," Myrick said. "No one is guaranteed another day -- cancer or not.”

Myrick chose not to focus on the diagnosis, but making new memories.

“From here on out I want to spend time with my loved ones and my family and close friends. Check things off the bucket list and try to enjoy every day,” Myrick said. 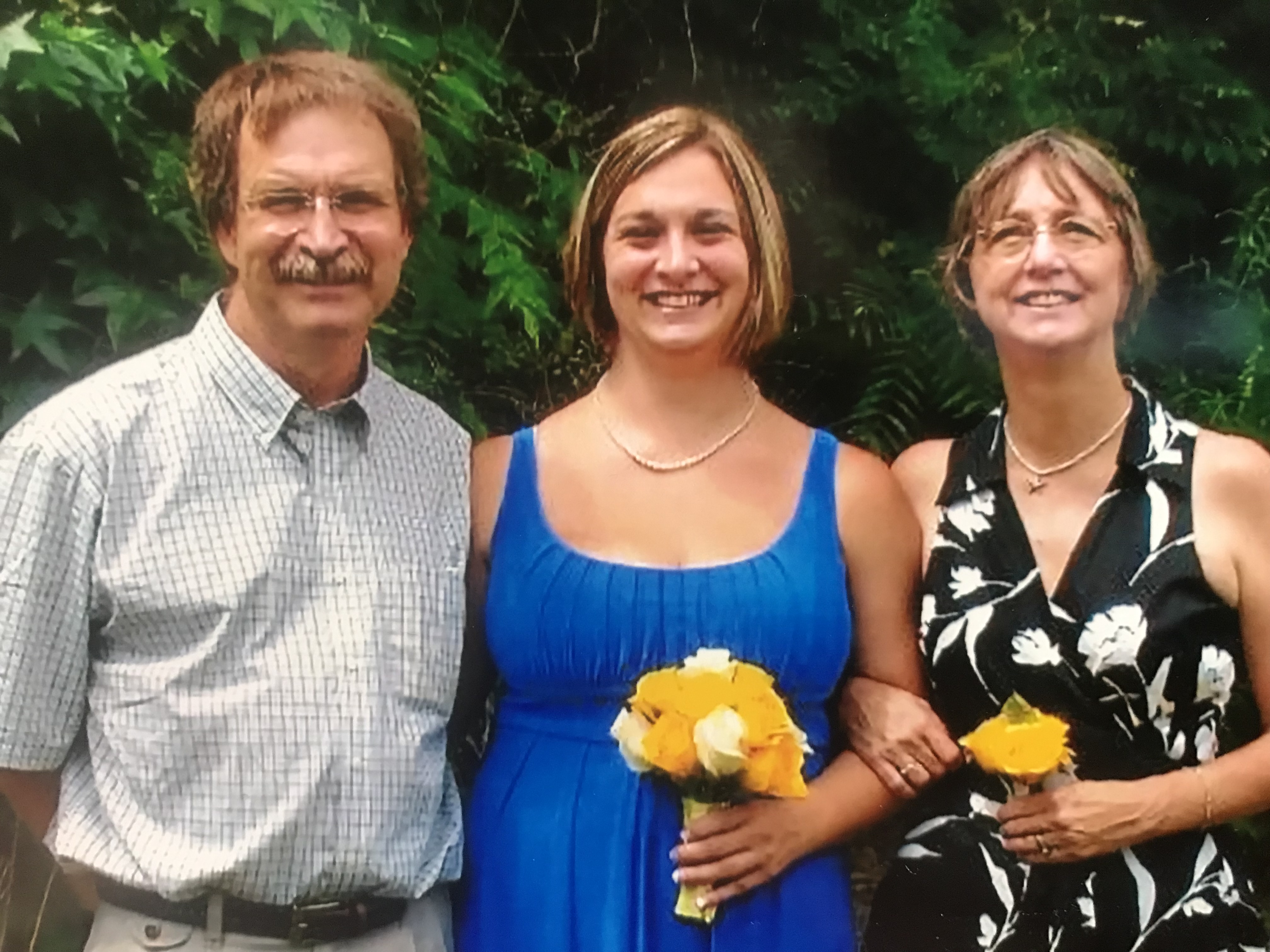