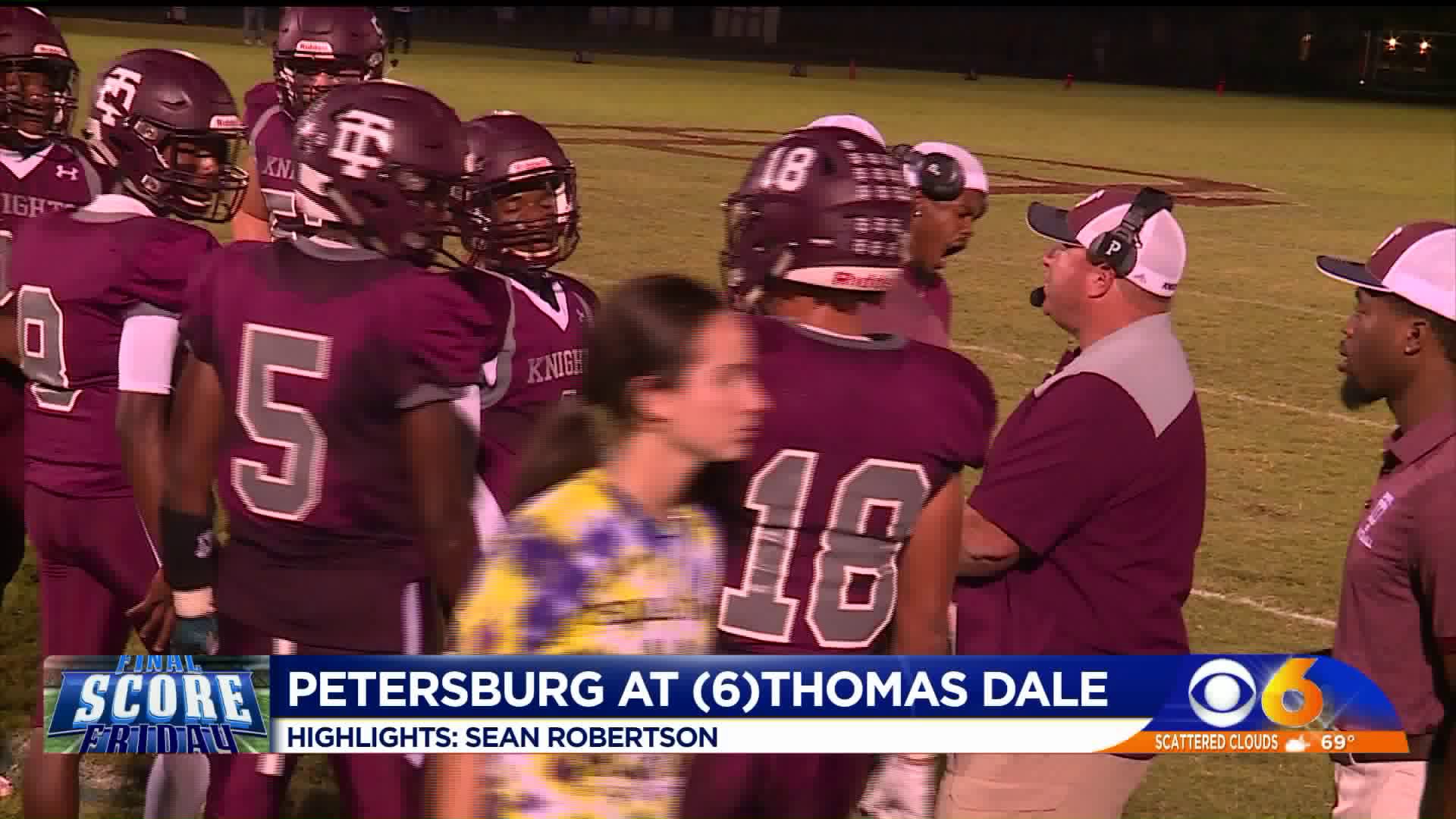 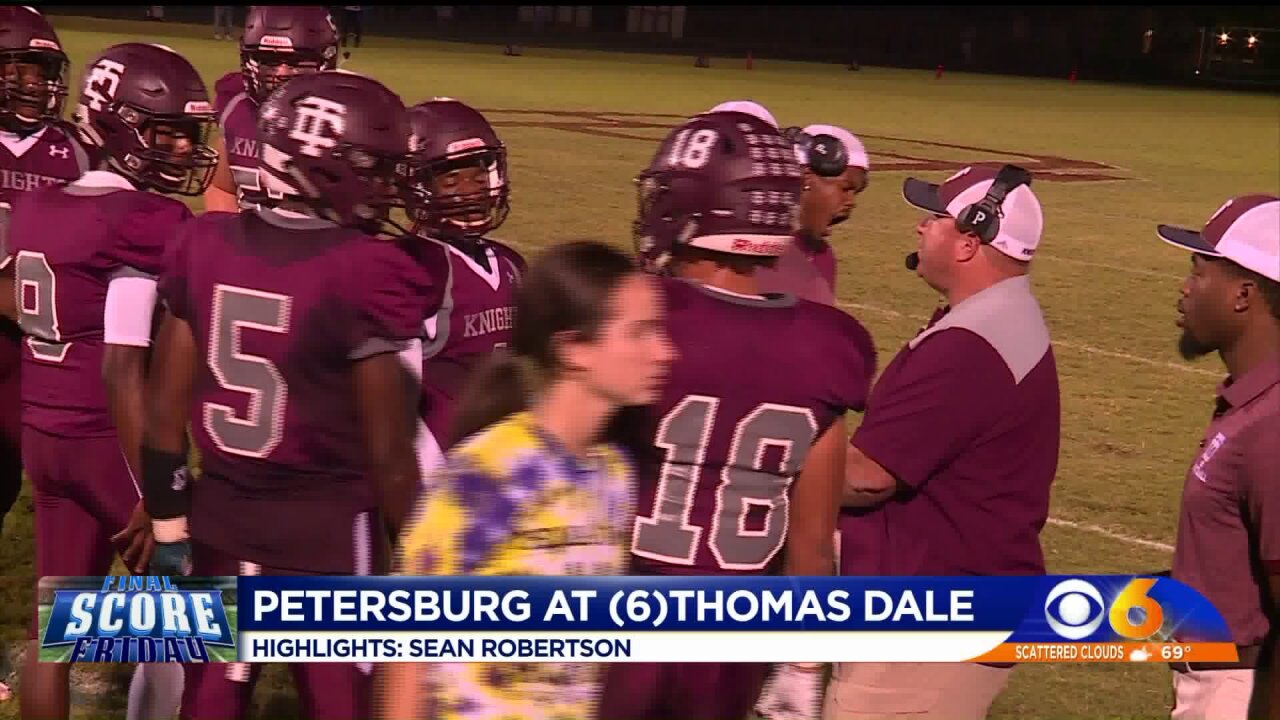 Chester, Va. - Without their star running back and after battling a staph infection outbreak among their roster, the Thomas Dale Knights outlasted Petersburg 33-24 in another classic matchup between the two former Central District rivals.

In the absence of Chris Tyree, out with a high ankle sprain, DeAngelo Gray (17 carries, 90 yards, 2 TDs) and Jordan Branch (16 carries, 84 yards) led the Knights (3-1) offense to their second highest scoring output of the season.

Petersburg (2-2) was led by 176 total yards by quarterback Meziah Scott who scored once. The Crimson Wave also had kickoff and interception returns for scores.

The Knights had 18 different players and their athletic trainer battle staph infections over the past three weeks, but a letter from school officials assured parents the problem had been handled.