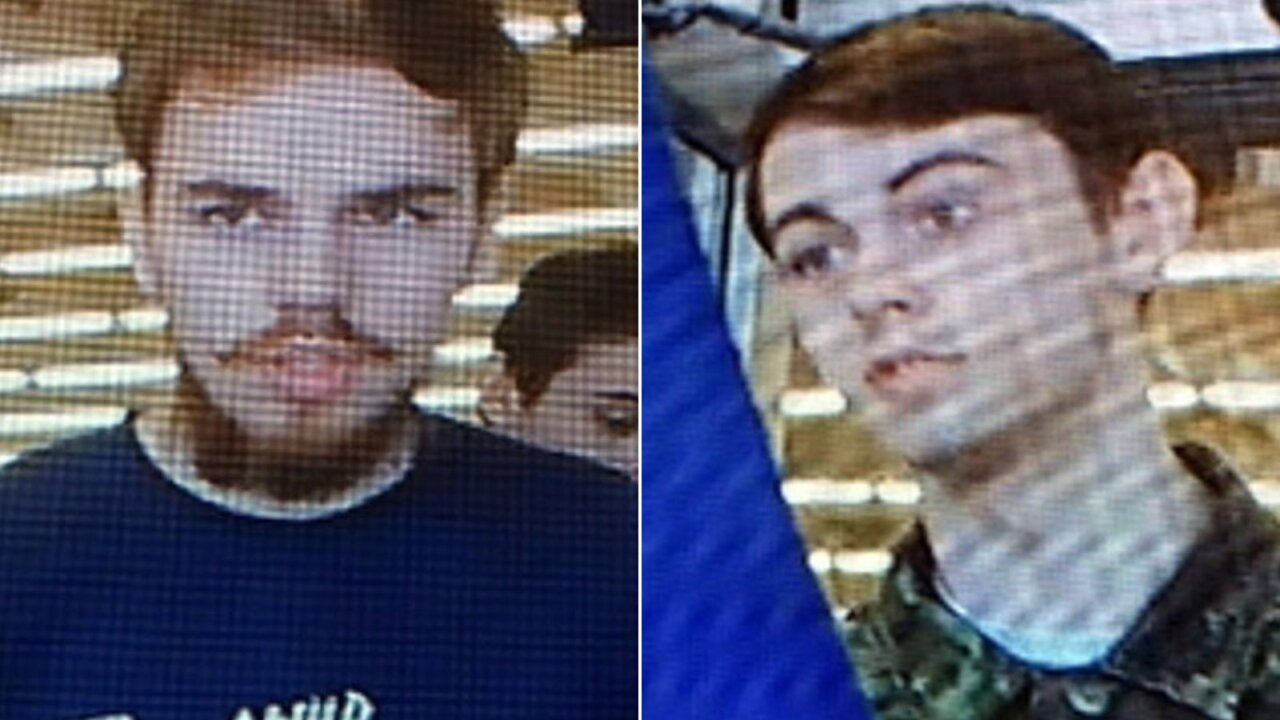 The manhunt for two young men suspected in the killing of three people in Canada shifted to a remote community of about 500 after police received a tip on the suspects’ whereabouts, authorities said. The suspects are Kam McLeod, left, and Bryer Schmelgelsky.

Chynna Deese’s family says she was a ray of sunshine, exuding genuine happiness and an intense love of life.

Their description of Deese, 24, came on the same day that officials in Canada revealed that her two killers chose Deese, her boyfriend and another man at random, killed them — with no known motive — and expressed no remorse before the pair died in a double suicide.

The Charlotte, North Carolina, family’s statement of love for Deese and appreciation for those who helped in the manhunt is a stark counterpoint to dark details of the killing of the three tourists in British Columbia and the deaths of the two teens who authorities say were behind it.

The bodies of Kam McLeod, 19, and Bryer Schmegelsky, 18, were found in early August, weeks after the killings. The Royal Canadian Mounted Police said then that they died in what appeared to be suicide by gunfire.

RCMP Assistant Commissioner Kevin Hackett on Friday released details into the investigation. Police discovered a digital camera belonging to one of the victims. The suspects used it to make videos expressing their culpability, police said, and Hackett called them “cold” and “remorseless.”

“They indicated no remorse for their actions, as well as their intentions to potentially kill others.”

Hackett says McLeod and Schmegelsky described in a series of videos their responsibility for the killings and their intent to commit suicide and wish to be cremated. In one, they expressed a desire to kill more people.

Authorities declined to release the videos.

The search for suspects gripped the world for weeks.

Deese, 24, and her Australian boyfriend, Lucas Fowler, 23, were found shot dead on a remote highway in northern British Columbia on July 15.

That was two days after they made a brief stop in Fort Nelson, in the province’s pristine wilderness.

At that July 13 stop, the young couple wrapped their arms around each other as they pumped gas during their road trip — a quick but intimate embrace captured by surveillance cameras.

As police searched for clues to the killers’ whereabouts and panicked residents shuttered their homes, the body of University of British Columbia professor Leonard Dyck was discovered four days later in northern British Columbia, a few hundred miles away from the first crime scene.

A burned-out camper believed to have been used by the two suspects was found a mile from Dyck’s body. Investigators believed the teens killed all three victims, and police scoured rugged terrain for clues to where they might be hiding.

By late July, authorities were investigating signs suggesting the teens were in northern Manitoba, at least a two-day drive east of the sites of the British Columbia killings. Police urged residents near Manitoba’s Nelson River to remain inside, lock their doors and report anything suspicious.

The suspects’ bodies eventually were found in northern Manitoba.

Authorities had been searching the area for weeks after a Toyota RAV4 that authorities believe the teens stole from Dyck was found on fire and discarded July 22 outside Gillam, a small Manitoba town situated along Nelson River and Stephens Lake.

The teens’ bodies were found in “dense brush” about 5 miles from where the burned-out vehicle was located, said Jane MacLatchy, assistant commissioner of the Manitoba RCMP.

While that was the end of the manhunt, the families of the victims continue to grieve.

Dyck was a lecturer in the University of British Columbia’s Department of Botany and worked as a research associate focusing on seaweeds. His family said his death “created unthinkable grief” and they are struggling to understand what happened.

Fowler and Deese met in Croatia two years ago.

Relatives remembered the couple as avid travelers with a passion for exploring. Fowler was having the time of his life traveling the world with a woman he loved, said his father, Stephen Fowler, a police inspector in Australia’s New South Wales Police Force.

Deese’s mother said this summer she’s watched the surveillance video of the couple’s stop at the service station over and over again, and can’t believe her daughter is gone. Chynna loved traveling and would be away for long periods of time — but she always came home.

Since then, the mother has spoken with the Charlotte Agenda about Chynna. Sheila surrounds herself with pictures of her daughter and has the last handwritten note Chynna left on a whiteboard on the refrigerator, according to the article. “You are so beautiful! I love you” is the message.

The Deese family’s statement on Friday said her death has made the world feel a little darker. But there was an expression of hope.

“The loss we continue to endure is shattering, but Chynna’s memories are a benediction to her genuine happiness and intense love of life. Throughout this tragedy, along with the help of many, they serve as our reminder of the good nature and peace humanity has the capacity to show.”