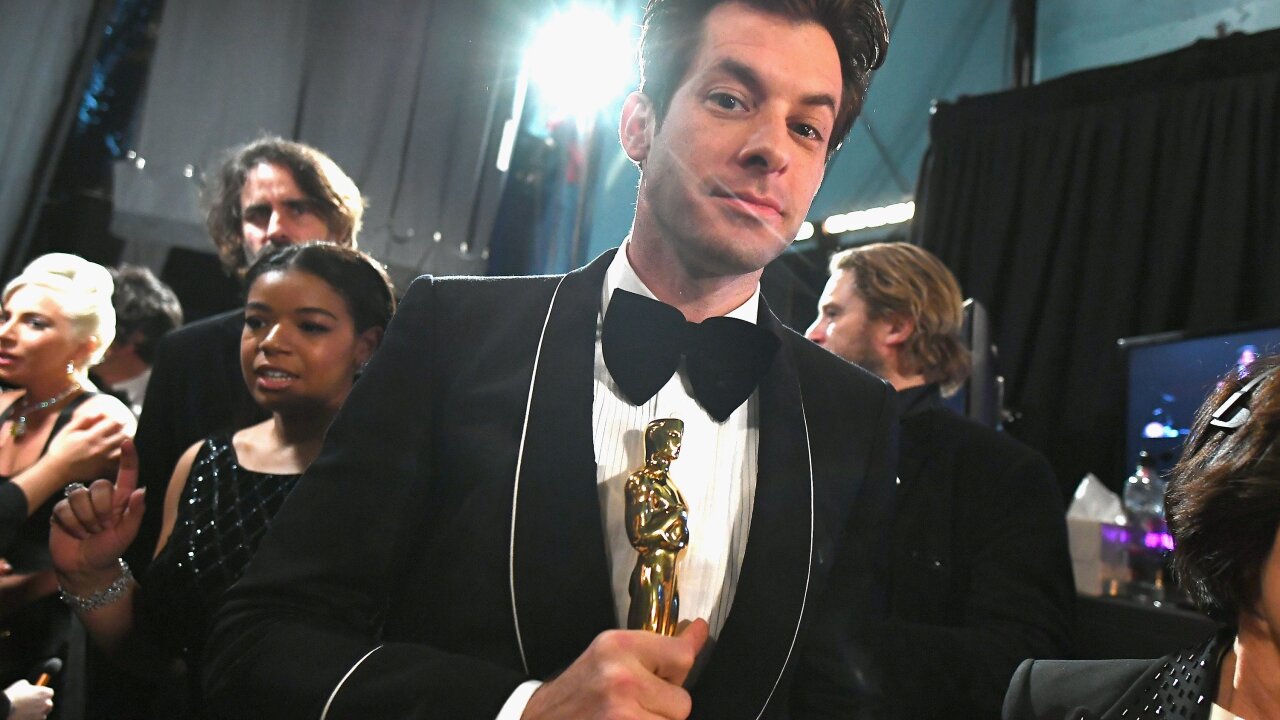 In this handout provided by A.M.P.A.S., Mark Ronson poses with the Music (Original Song) award for ‘Shallow’ from ‘A Star Is Born’ backstage during the 91st Annual Academy Awards at the Dolby Theatre on February 24, 2019 in Hollywood, California.

Hit maker Mark Ronson has walked back his comments about identifying as sapiosexual.

“I do not consider myself part of any marginalized community, and I apologize if anybody misunderstood or took offense to it,” Ronson told Rolling Stone.

A sapiosexual is someone who is attracted to intelligence and the human mind above other traits, including physical appearance and gender.

But during a live interview Wednesday with Rolling Stone, he said his remark has been taken out of context.

As Ronson explained it, he was asked how he felt about sapiosexuality. He said he asked what it is, was given the definition, then replied, “That sounds great. Of course, who wouldn’t be?”

“And they were like basically like, ‘OK, Mark Ronson identifies himself as sapiosexual, that’s great,'” he told Rolling Stone, referring to the ITV anchors. “And then they proceeded to ask me about Miley Cyrus’ dating life and something else I probably wasn’t that informed to talk about, either, and then that was it.”

The 44-year-old artist, DJ and producer is known for a string of successful collaborations with A-list artists, from Cyrus to Amy Winehouse and Adele. He won the Oscar this year for Best Original Song for “Shallow,” performed by Lady Gaga and Bradley Cooper in Hollywood’s latest reimagining of “A Star Is Born.”

Ronson told Rolling Stone that after the ITV interview, he realized his comments about sapiosexuality had generated headlines that didn’t reflect what he’d intended.

“It sounds like I went on a TV show to be, like, ‘Guys, I have some big news!'” he said. “And the fact that I would go on and sort of declare myself — like, as a heterosexual white male — part of any marginalized community was terrifying to me, or just embarrassing.”

Ronson assumed his comment to ITV would be placed into context and people would understand his intent, he told Rolling Stone. “But that’s not what happens on Twitter anymore,” he said.