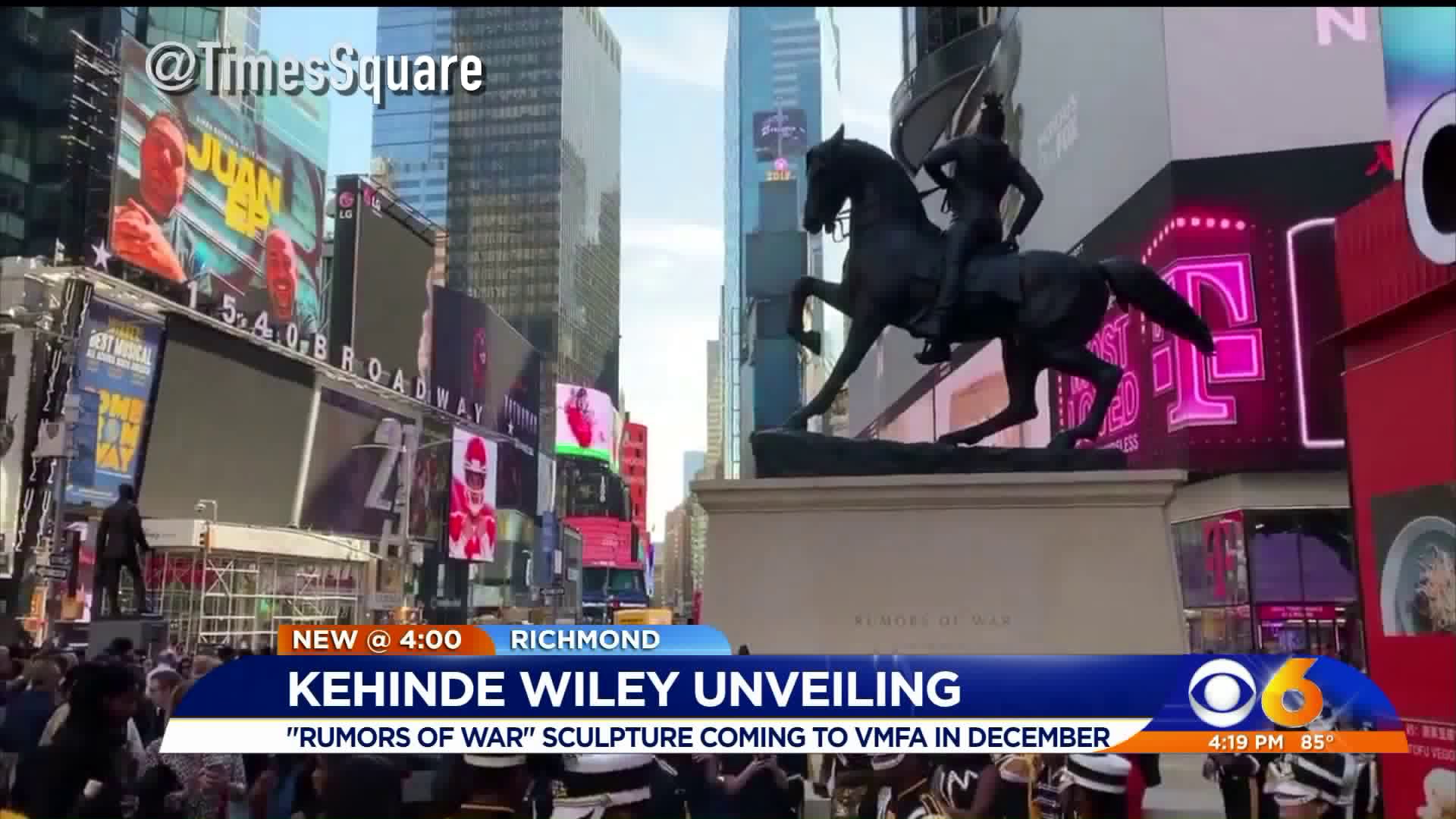 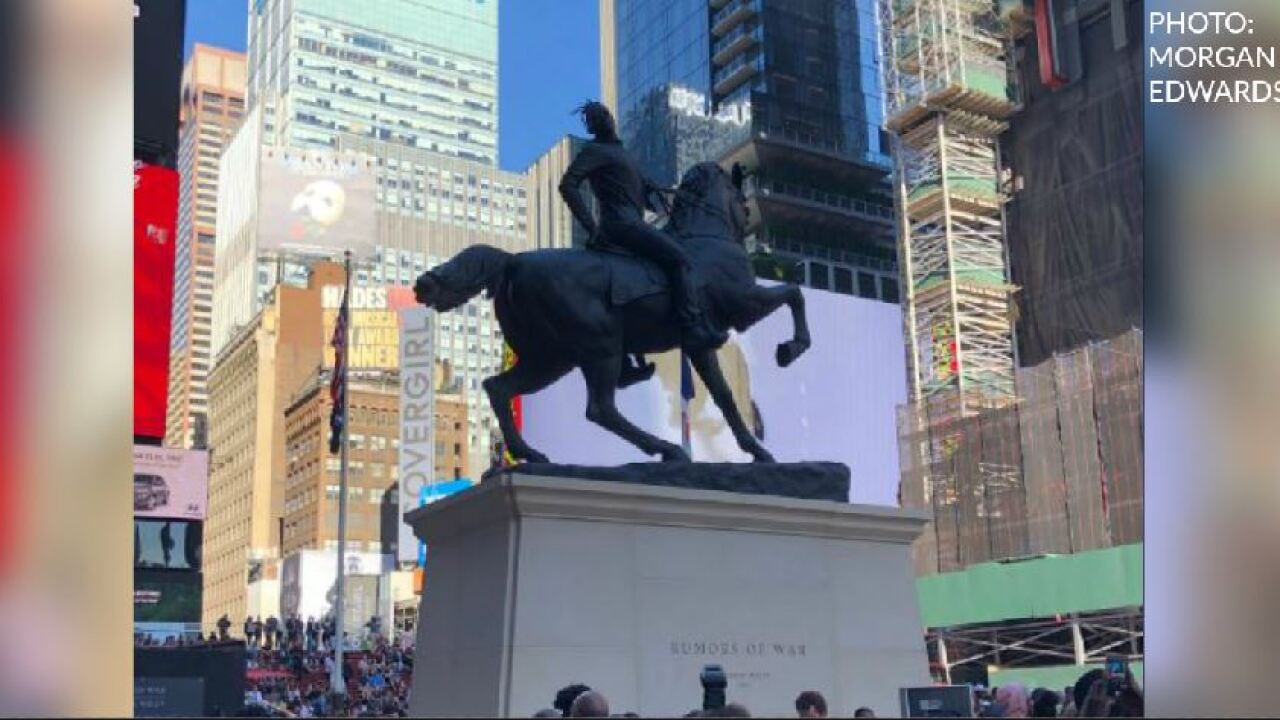 NEW YORK -- Artist Kehinde Wiley unveiled his new sculpture - Rumors of War - in Times Square on Friday afternoon. The art - which will move from New York City to its permanent home outside the Virginia Museum of Fine Arts in Richmond later this year - depicts a young, African-American man on a horse. The man's pose is modeled after some of the monument of Confederate leaders on Monument Avenue.

"The inspiration for Rumors of War is war — is an engagement with violence. Art and violence have for an eternity held a strong narrative grip with each other," Wiley previously said about his piece. "Rumors of War attempts to use the language of equestrian portraiture to both embrace and subsume the fetishization of state violence."

Wiley’s inspiration for the project began when he first saw the monument to Confederate General J.E.B. Stuart while visiting Richmond for the opening of his exhibit at the VMFA. The statue will be permanently installed in the VMFA’s entrance on Arthur Ashe Boulevard, less than a mile from the monument after which it is modeled.