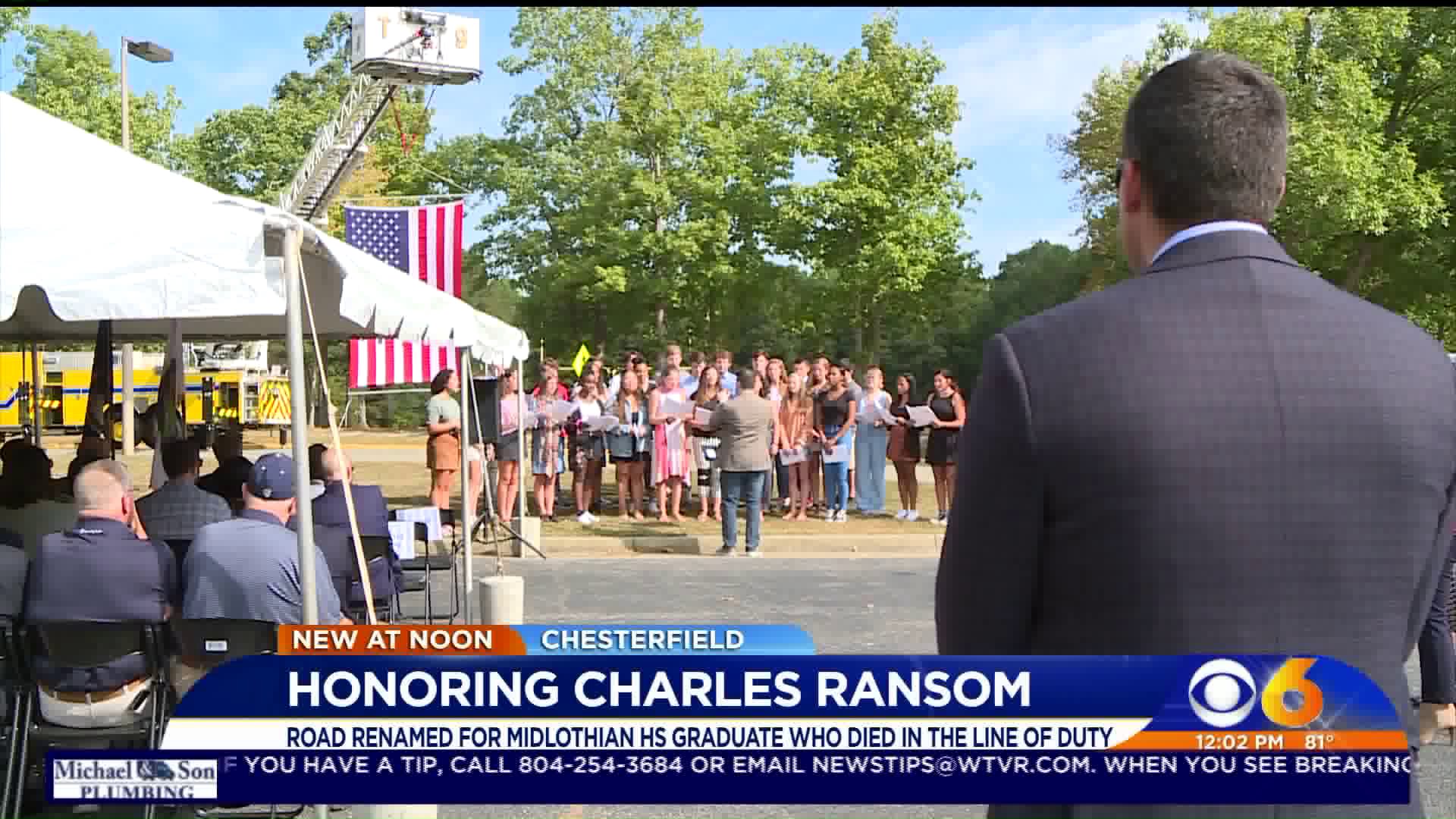 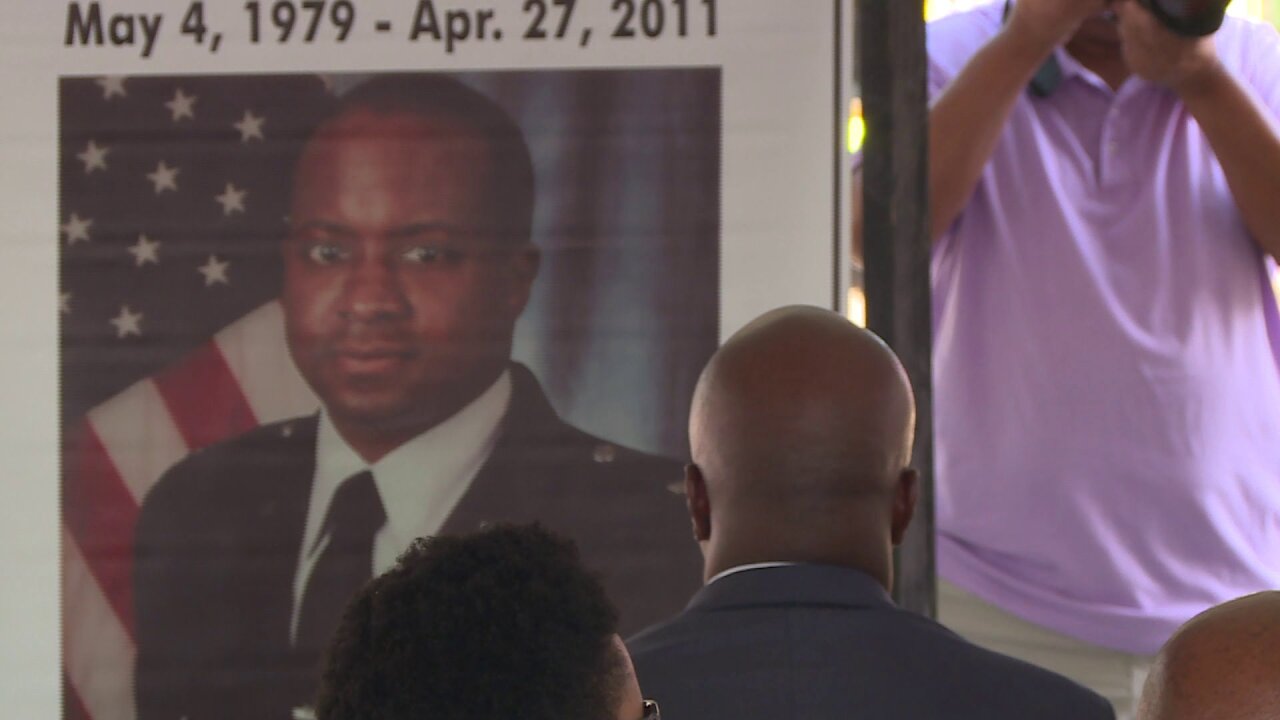 CHESTERFIELD COUNTY, Va. -- A street in Chesterfield County was renamed Friday morning in honor of a former Midlothian High School student who died in the line of duty.

Air Force Major Charles A. Ransom was killed in Kabul, Afghanistan during "Operation Enduring Freedom" in 2011.

Major Ransom, a 1997 graduate of Midlothian High School, earned many awards for his service including the Bronze Star, Purple Heart and the Meritorious Service Medal.

County officials renamed a street near the school Charles A. Ransom Way in honor of the war hero.

Major Ransom's father and former baseball coach were among those who attended the renaming ceremony Friday.

“I think it's going to be a great impact honoring our heroes, our soldiers who made that extreme sacrifice. Because that day he was killed, he was one of nine and three injured from Langley Air Force Base,” said Willie Ransom.

Major Ransom's name is included on the Chesterfield County Veteran's Memorial Wall and it's also etched at the Virginia War Memorial.