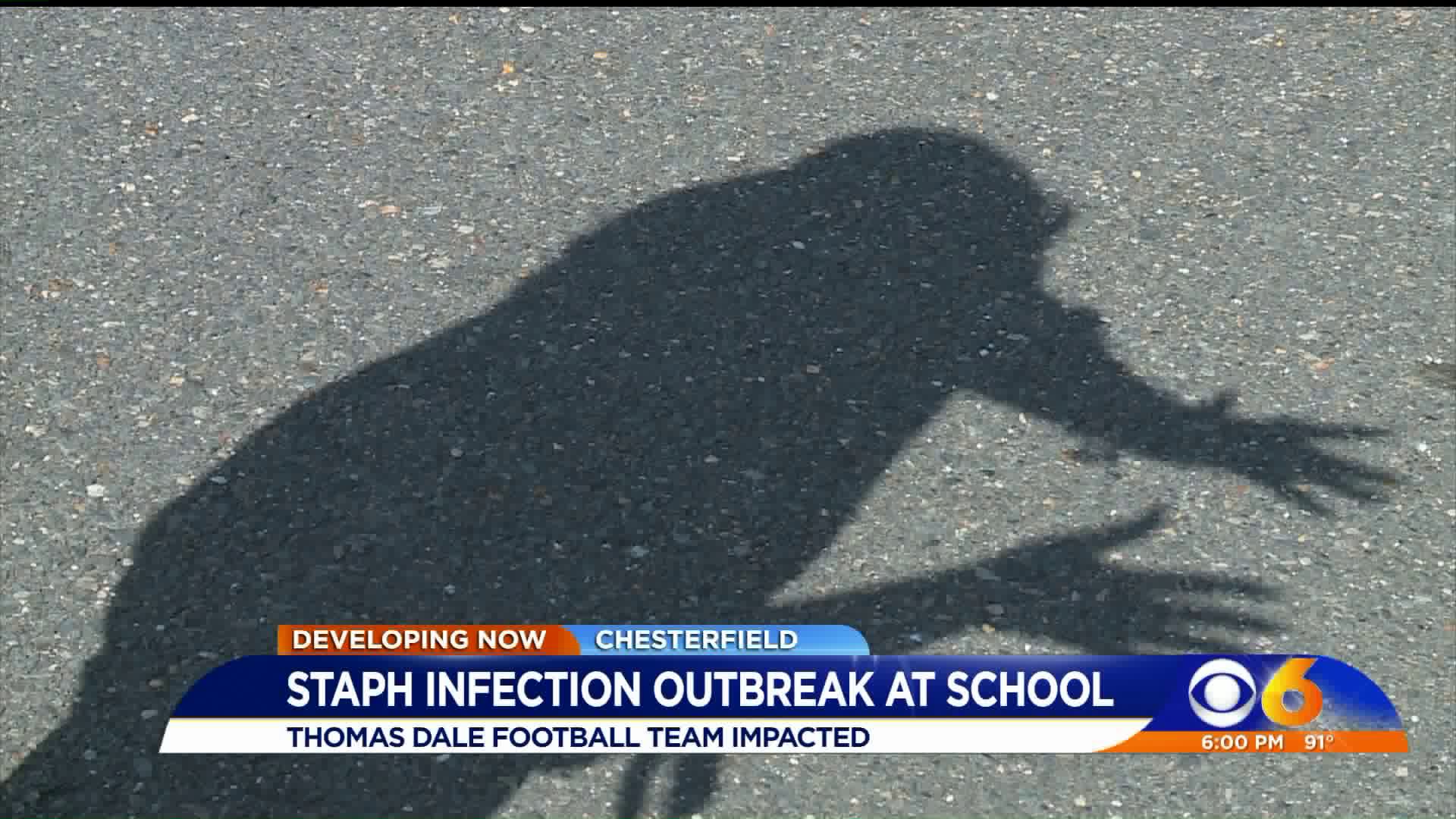 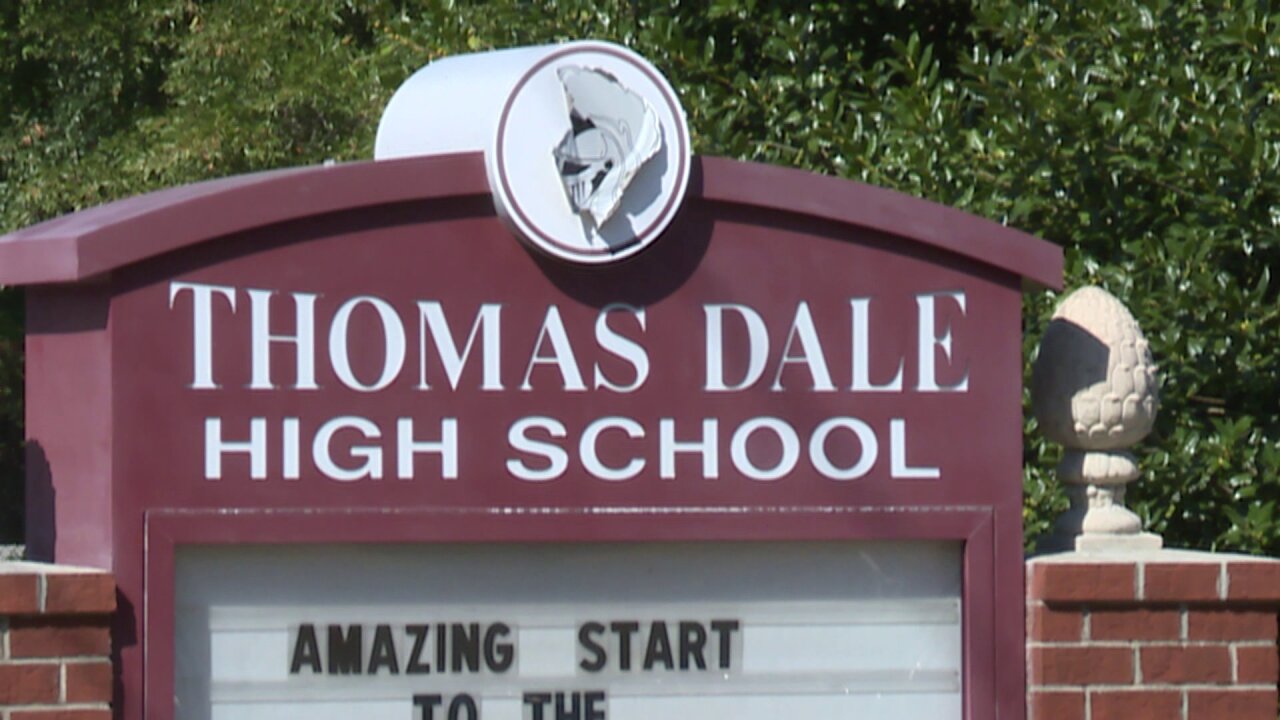 Despite “a number of staph infections” earlier this month, Jones notified parents Thursday after CBS 6 inquired about staph infection reports. Jones said the school had only notified the families of the players involved, at the suggestion of the local health department.

In that letter dated September 11, the Chesterfield Health District, says they were notified of “an outbreak of a skin infection” on the Thomas Dale Football teams. “Measures can be taken to prevent the spread of these types of infections, and hopefully this will prevent any outbreaks on other sports teams,” the letter continued.

Jones says they did not communicate schoolwide at that time because "the issue was contained to the football team.”

Since then, Jones says there have been no new cases identified in a week.

“We are appreciative of those who worked to deep clean our athletic field house and the football equipment after the issue was identified,” said Jones. “We continue to work with our students regarding proper cleaning of clothes and personal hygiene after practices and games."

“We believe that the issue has been successfully addressed,” Jones added.

There is no word from Chesterfield County on how many cases have been reported, how it all started, or if there is any impact on the janitorial company tasked with taking care of cleaning this school.

A Thomas Dale mom, who asked not to be identified, says she found out about the staph infection outbreak from her child.

She says she doesn’t believe the school has done enough. She’s worried about other students and staff members being impacted and wants the school system to take more steps.

“Shut it all down regardless of all the games and get it taken care of. Because you can take it to another step. What if this is spreading and we have a game, then we’re allowing it to go somewhere else,” the mom added.

According to the Virginia Department of Health (VDH), Staphylococcus aureus (“staph”) is a common type of bacteria (germ) that is often found on the skin and in the nose of healthy people. It can also grow in wounds or other sites in the body, sometimes causing an infection.

Staph bacteria (including MRSA) are most often spread by direct person-to-person contact, usually on hands,” according to the VDH. “Staph can also be spread by contact with contaminated items (e.g., towels, razors) or environmental surfaces (e.g., athletic benches or mats).”

In the letter Thursday, Jones said that the staph infection issue is not related to recent Legionella concerns in the county.

"The cooling tower on our property has been cleaned and tested, with results coming back showing that we do not have Legionella," Jones wrote.

A spokesperson tells CBS 6 that football games will continue on as scheduled.