The story and sportsmanship behind this viral photo: ‘People are genuine and they care’ 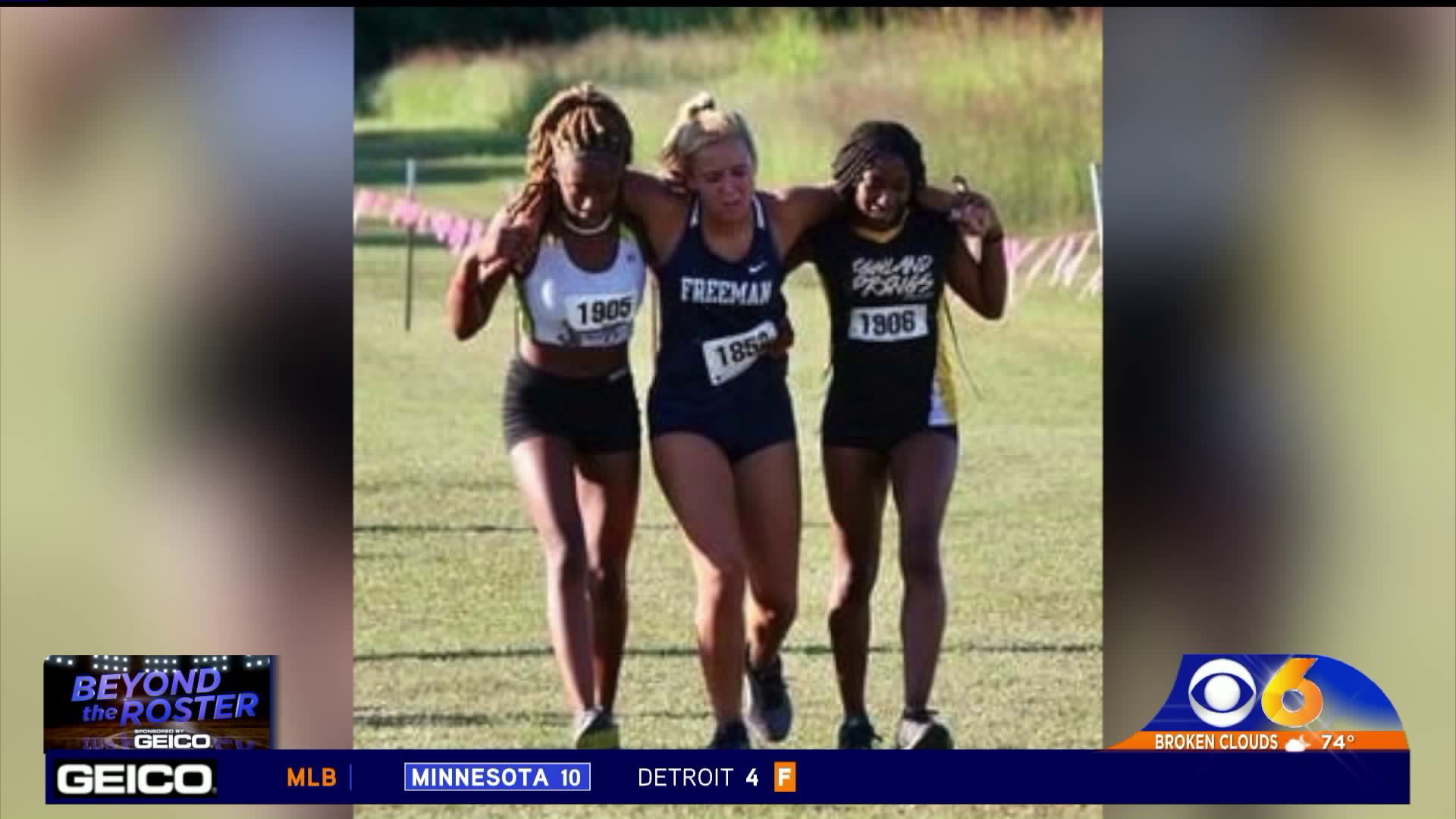 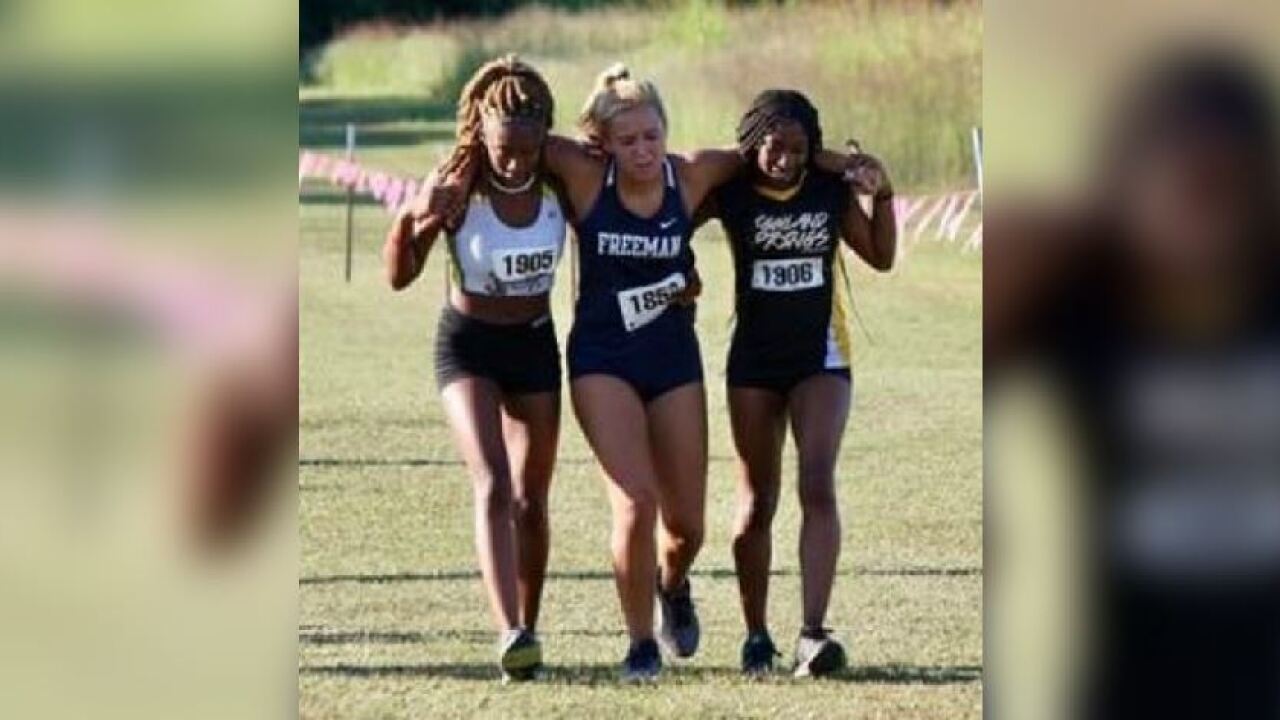 Two years ago as freshmen, they forcibly discovered a new way to get in shape and build their endurance.

"Our coach was like, 'hey you're doing cross country,'" Cunningham recalled. "It wasn't a choice. And we were like, 'cross country? What are you talking about?'"

"I didn't like the sound of it and then when I found out how long it was," Corprew added. "I was like 'Ooohhh no!'"

Cross country teams run 5 kilometers, or just over 3 miles, over courses that wander through woods and up and downhills.

And the hills can be a problem.

"You have to let the hill take you," Cunningham explained.  "You can't take the hill because if you take the hill, you're going to fall or tumble or worse."

"I tripped actually going down one of the hills in the woods."

Chloe Ellen is a sprinter for the Douglas Freeman track team. Like Kaila and Madison, she too started cross country to build up her endurance. Unlike those two, she is a cross country rookie.

"I tripped actually going down one of the hills in the woods," Ellen said.

"That particular race for Chloe was her first 5K race ever" added Douglas Freeman's cross country coach Brian Reutinger. "So she had never raced more than a 400 before."

The race was held at Pole Green Park in Hanover. Chloe tripped just over one mile in and fell right in front of Kaila and Madison.

"I'm pretty sure those girls that helped me passed and asked if I was ok," Ellen said.

"We watched her fall and we asked 'Are you ok?'" Corprew and Cunningham confirmed.  "It was the first hill and I asked 'Oh my goodness are you ok?'"

Unfortunately for Chloe, that wasn't the first time she fell on that run, which aggravated a previous hip injury. She was struggling to finish and had thoughts of quitting.

"I was pretty close," Ellen admitted.  "I was thinking about it. I was like maybe I should. But then I was like, no, I gotta finish."

Her determination caught the attention of her competitors, who are also runners at heart and have been in a place where they felt like giving up.

So Kaila and Madison, who had already finished their run, got back onto the end of the course and helped an injured opponent finish the race.

"I was surprised that they would come back for me and help me finish" Ellen admitted.  "Because I didn't know those girls, so it wasn't like I had some connection with them."

"They just didn't think about the fact that technically it is against the rules," said Highland Springs' cross country coach Spencer Billett. "They just saw someone who needed help and they offered it because I think that's the kind of people they are."

"She deserves to finish and have somebody who cares that she's finishing or at least trying to because she wanted to just cross under the rope and not get to the finish line," Corprew said.  "But we said no, we're not going to show them you're in pain."

"We're here! Put your hands up, it's your time to shine. You did it, we're so proud of you!" Ellen remembered.  "They were so supportive and I was like, they're so sweet. I barely knew them and they made me feel good about getting through it."

I barely knew them and they made me feel good about getting through it.

"It really showed me that people are genuine and they care. And it's not all about winning. It's about everyone getting through it and everyone working together."

Corprew and Cunningham are somewhat uneasy receiving attention for how they try to act every day. "As long as it made a big impact on the world with seeing it for once, then I guess I've done my good deed."