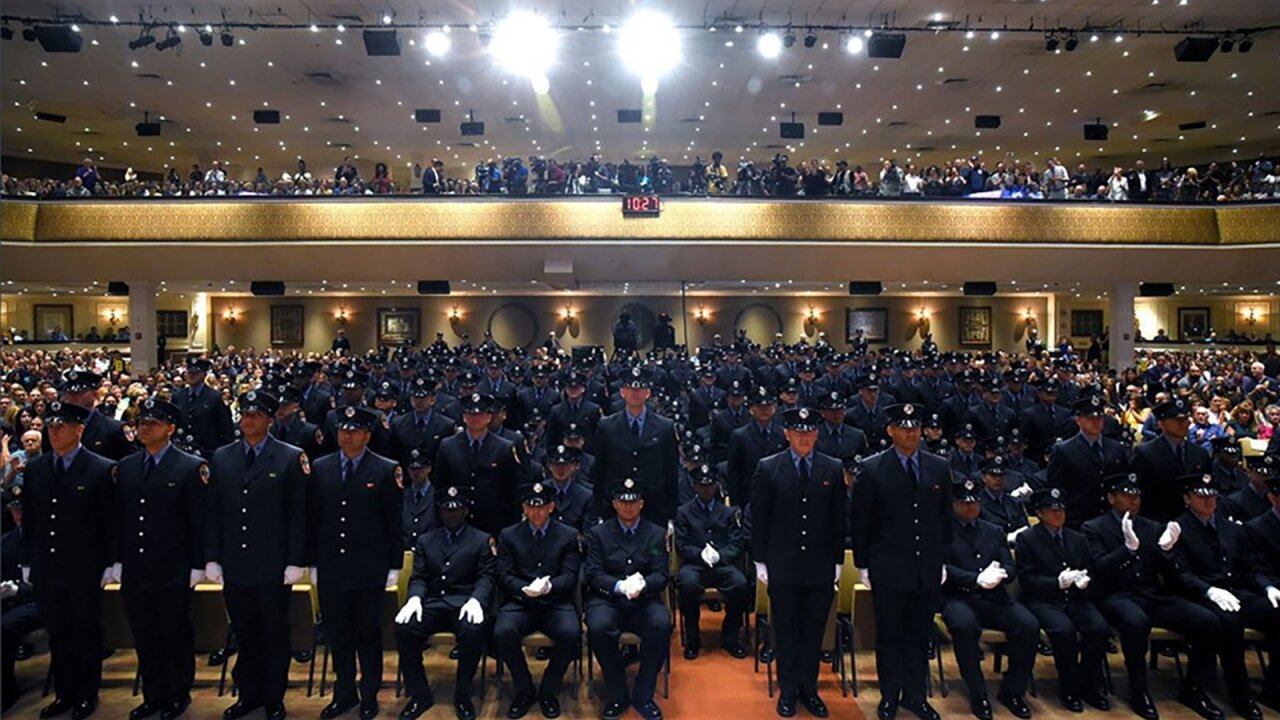 Thirteen children of firefighters who died at the World Trade Center on September 11, 2001, and six whose fathers died of 9/11-related illnesses, graduated from the city’s fire department during an emotional ceremony.

NEW YORK — Thirteen children of firefighters who died at the World Trade Center on September 11, 2001, and six whose fathers died of 9/11-related illnesses, graduated from the city’s fire department during an emotional ceremony.

They were part of a group of 301 probationary firefighters to graduate Tuesday after 18 weeks of intensive training at the New York City Fire Department academy.

“Many of their fathers were killed on September 11, several others died of World Trade Center illnesses, and others lost their lives in the course of their duty, bravely working to save and protect others,” said Fire Commissioner Daniel Nigro, who presided over the ceremony.

“Today, these 21 legacies are no longer children dreaming of their careers their fathers loved, and of serving in the world’s greatest fire department — today, they have fully achieved their dreams.”

Firefighter Carl Asaro was one of the 343 FDNY members killed after the terror attacks on 9/11.

His children, Rebecca and Marc Asaro, graduated on Tuesday.

“Every day that I came to the academy, I was grateful to be there and to follow in the footsteps of my father, brothers, uncle, and all those who came before. This is exactly where I want to be,” said Rebecca Asaro.

They have two siblings already on the job, Firefighters Matthew and Carl Asaro, Jr.

“I wish he could be here when I graduate, but I know I am making him proud. I took the civil service test the same month my father died. I knew he was happy to know I was heading in the right direction. He worked with the department for 35 years.

“I was always at his firehouse and from a young age I knew this is what I wanted to do. I’ll be thinking about him when I get to my first fire,” he said.