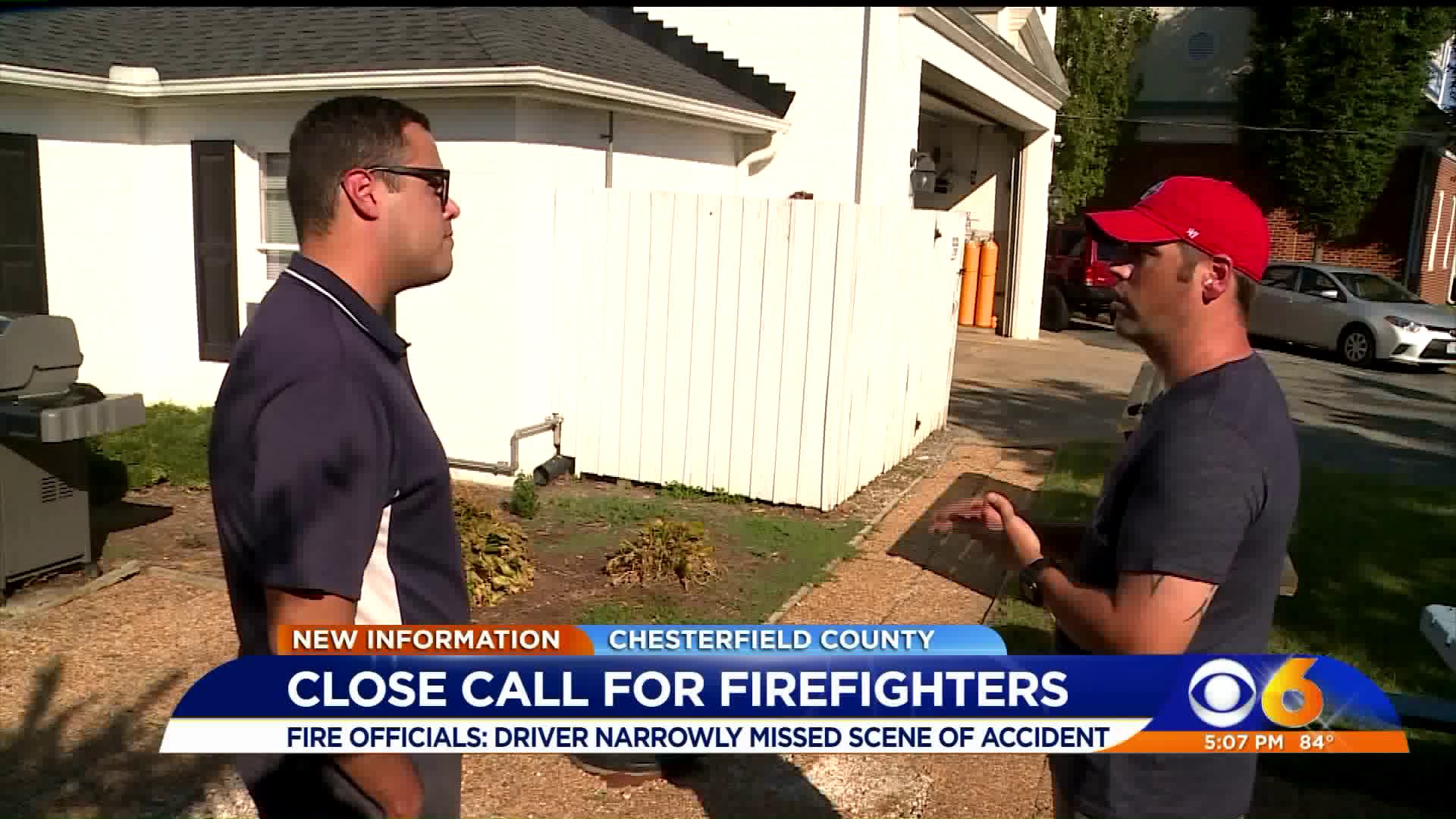 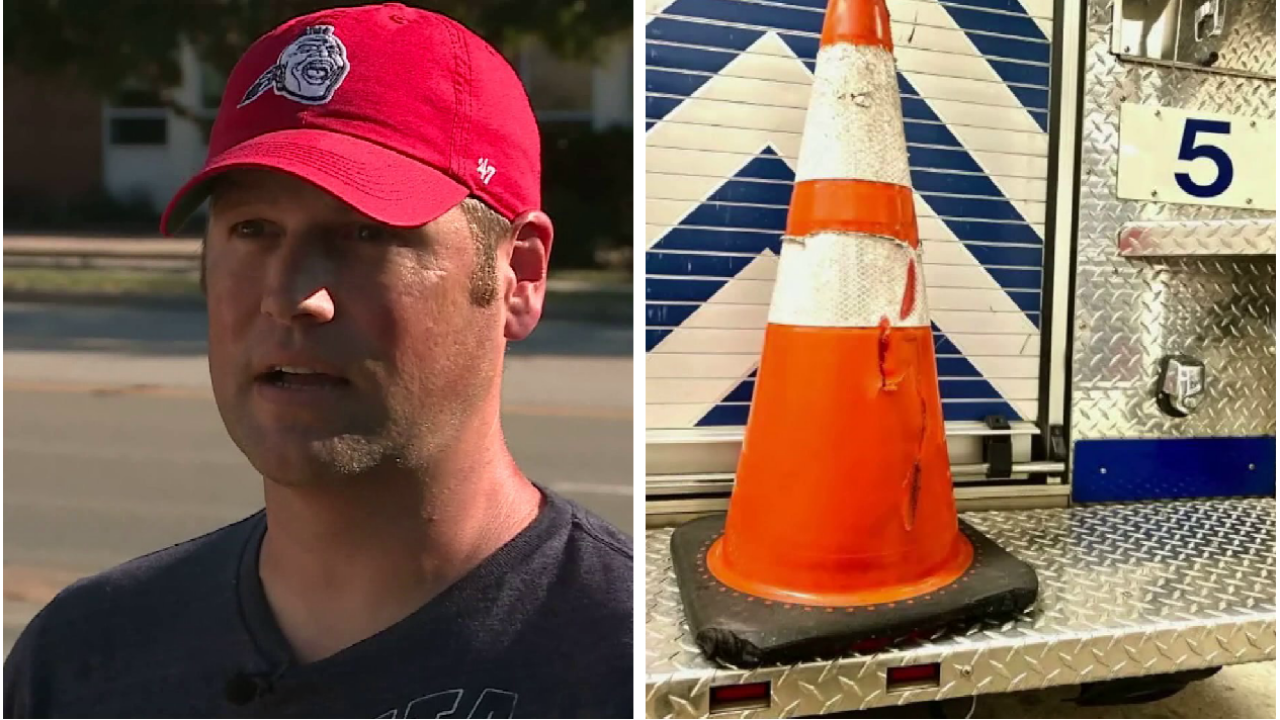 CHESTERFIELD COUTNY, Va. -- A picture of a traffic cone posted to the Chesterfield County Fire and EMS Facebook page Tuesday came with a warning: #moveover.

"The crew of Engine 5 had a close call tonight as they were working a vehicle crash on Midlothian Turnpike. The engine was positioned with its cones out when a passerby struck one of their cones dragging it for about a mile down the road. The driver narrowly missed the apparatus and accident scene. DRIVERS please pay attention, #slowdown and #moveover! #itsthelaw," the post read.

Chesterfield firefighter Doug Bishop was called to the t-bone crash at Midlothian Turnpike and Old Buckingham Road along with Engine 5.

"Out of nowhere we hear a thump and it’s a sickening sound. It sounds like a body," Bishop recalled. "I turned around and this guy in a pick-up truck just ran right into the cone and never slowed up."

Bishop feared the driver hit a first responder or the individuals involved in the initial crash.

"Thank God when we turned around it was just a cone, but it could’ve been a lot worse" he explained. "I don’t understand how that still happens."

The state's move over law applies to vehicles displaying red, blue, or amber-colored lights including VDOT vehicles and tow trucks.

It mandates that vehicles move over a lane if they are passing a vehicle with it's emergency lights on or if they can't, they must slow down to a safe speed.

On July 1, the penalty for failing to move over one lane on highways with at least four lanes for emergency responders increased from a traffic infraction to a Class 1 misdemeanor.

The legislation was created following the death of Hanover Fire Lt. Brad Clark who was killed while working an accident scene on Interstate 295.

"As the engine officer that day I don’t want anything happening to those guys and I don’t want them in harm's way," he said.