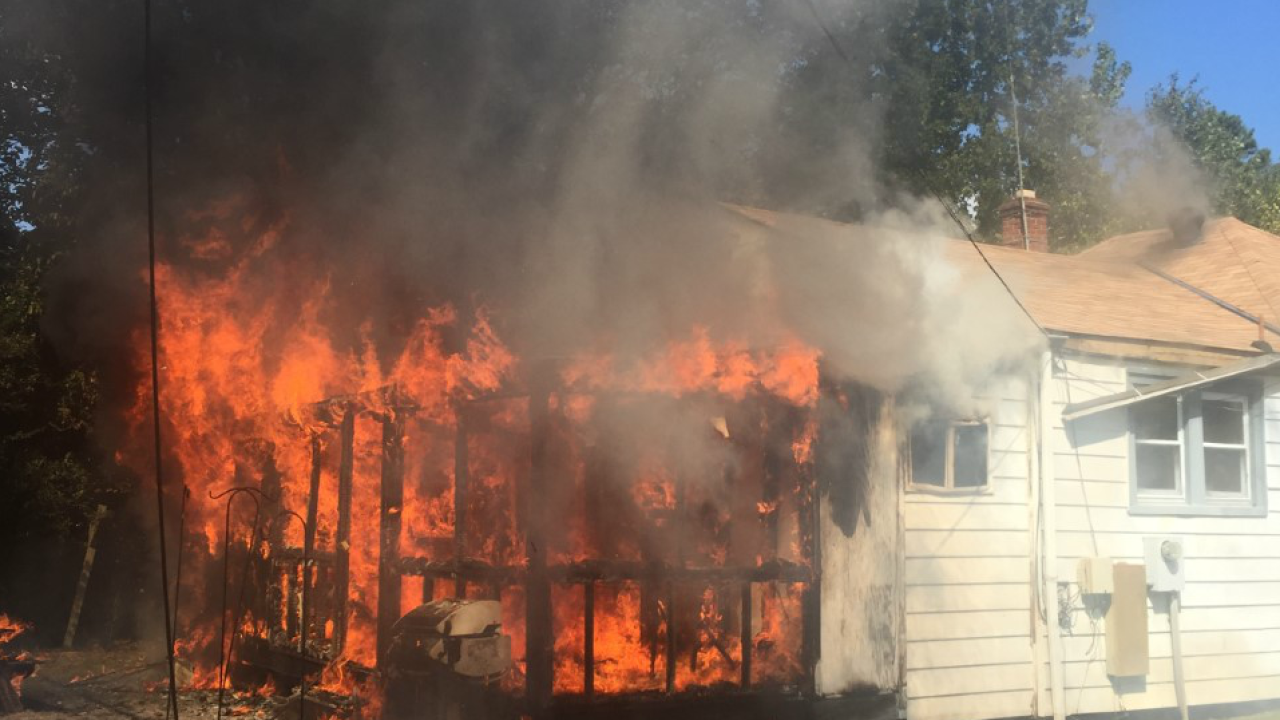 Firefighters responded to the 100 block of E. Union Street for the report of a home on fire at 11:30 a.m.

When firefighters arrived, they were met with thick black smoke and fire engulfing the back of the home. Officials say neighbors reported that a man may still be inside.

Firefighters aggressively attacked the fire while other firefighters started searching the home. Firefighters confirmed that no one was inside the home.

The fire has been marked under control and extinguished. No one was injured.

The Henrico Fire Marshal’s Office is investigating the cause of the fire.