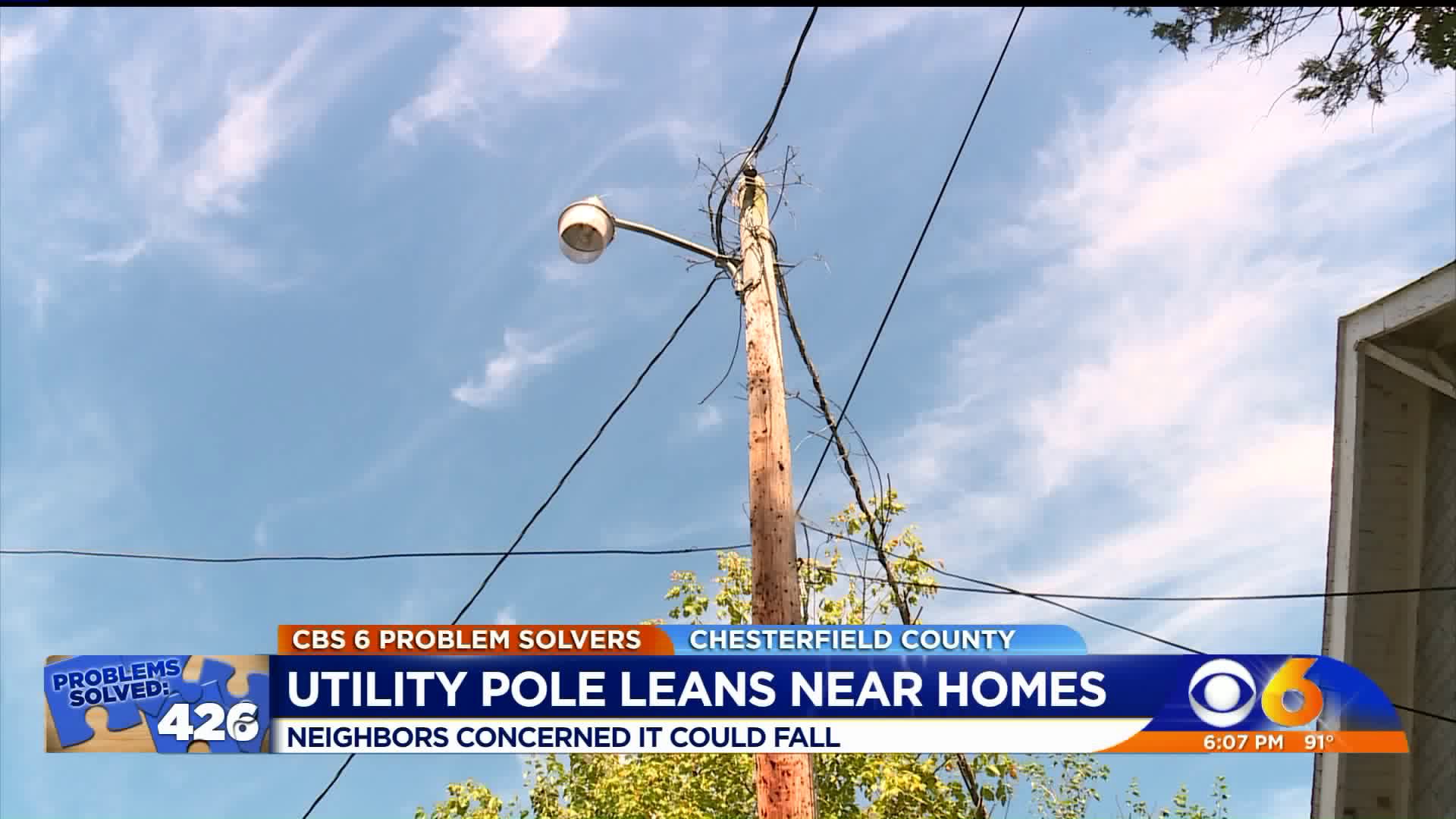 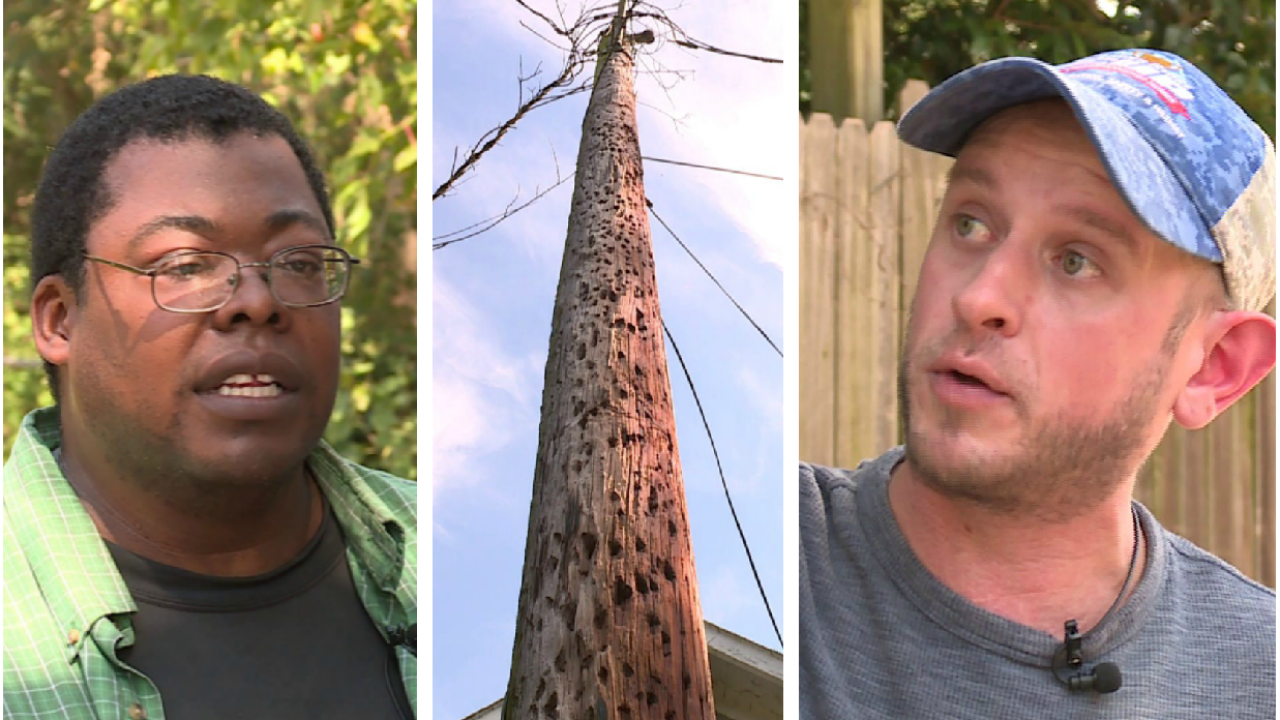 CHESTERFIELD COUNTY, Va. -- A Chesterfield man reached out to CBS 6 Problem Solvers regarding concerns about an aging utility pole near his home.

Jerome Allen says every day he worries about a utility pole near his family’s driveway on Elkhardt Road.

Allen and his neighbor John Pecka say the pole is crumbling before their eyes.

“The back of it has a huge crack in it. Several holes in it. This pole is eventually going to fall down, either on our house or our neighbor’s house,” Allen explained.

“I see leaning. Wires are pulling. That’s why I have that crack in the board up there on my house. When the wind blows or if there’s a storm, I watch the pole teetering back and forth,” Pecka added.

Allen and his mom Ruth Brown say the pole has been in bad shape since they moved in nine years ago. But in the past year or so, they’ve grown more concerned since the pole started leaning and cracking even more.

Allen says he’s taken his safety concerns to Dominion Energy, hoping to get the pole replaced.

Allen says he was even given a suggestion that seemed far-fetched.

“One Dominion representative came out and said that ‘take it upon yourself to buy a new pole, install it and eventually we will come out and do the wiring,” Allen recalled.

Frustrated that there seems to be no resolution in sight, the families asked CBS 6 Problem Solvers to see if we can figure out whose responsibility it is to address the leaning, cracked pole.

CBS 6 reached out to both companies.

A Dominion Energy spokesperson tells CBS 6 that they responded and determined the pole and the lines do not belong to them.

A Verizon spokesperson tells CBS 6 that they are looking into the matter.

In the meantime, both families are hoping help will soon be on the way before a storm does more damage.