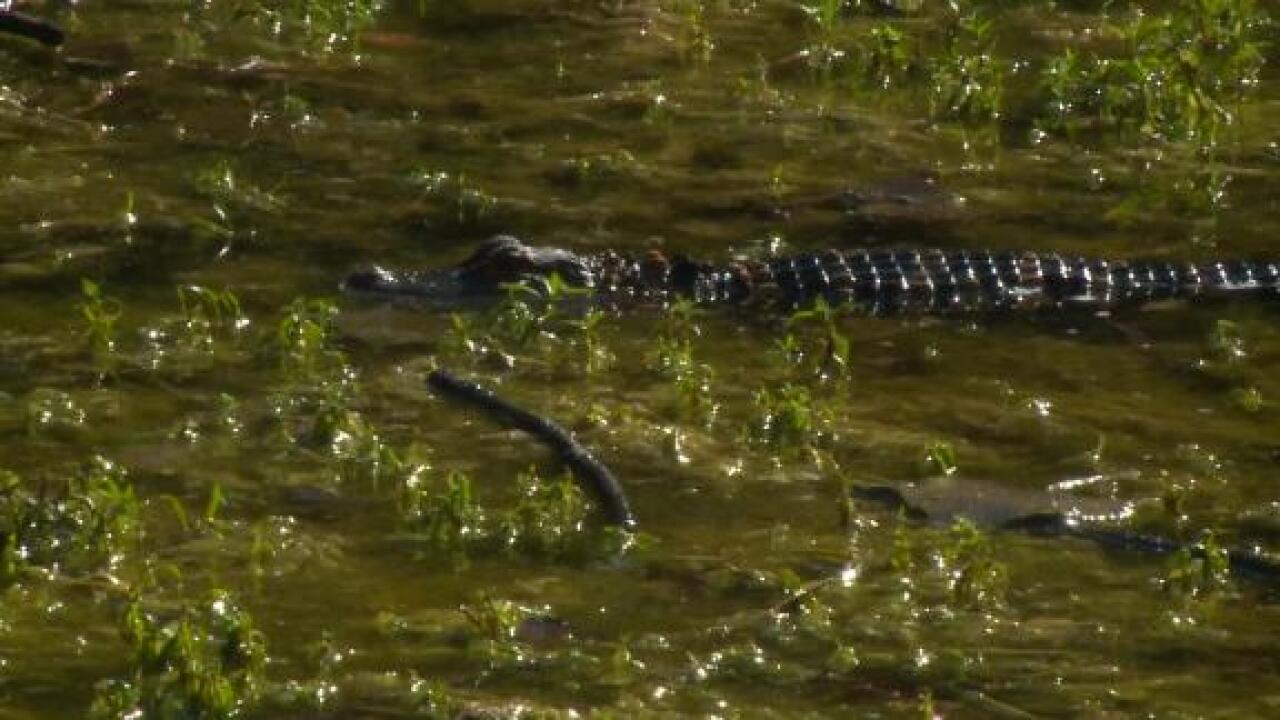 The teams at Bedford Junior High School in Temperance, Michigan, call themselves the Broncos. They may need to change their name to the Gators after one was found living in a pond behind the school.

Zoologists wrangled an American alligator from school property Friday after a teacher had spotted it the day before, according to CNN affiliate WTVG.

It took 24 hours to drain the pond where the 3-foot alligator was living, WTVG reported. The reptile was removed from the pond just in time for the school’s homecoming game later Friday evening.

The school had posted multiple notices urging students and staffers to steer clear of the pond until the alligator was safely removed.

The body of water is called the Biology Pond and is used by both junior and senior high school classes for academic study, the school said.

While many observers were puzzled as to how the alligator found its way to the pond, the owner of a nearby zoo said it was most likely a pet.

“It got loose or somebody let it loose — one or the other,” Indian Park Zoo owner Joe Garverick told WTVG.

Garverick said he has removed snapping turtles, owls, and hawks from the same pond. “But this is our first gator,” he said.

The alligator was being taken to Indian Creek Zoo in nearby Lambertville, which is already home to three other gators, Garverick said.