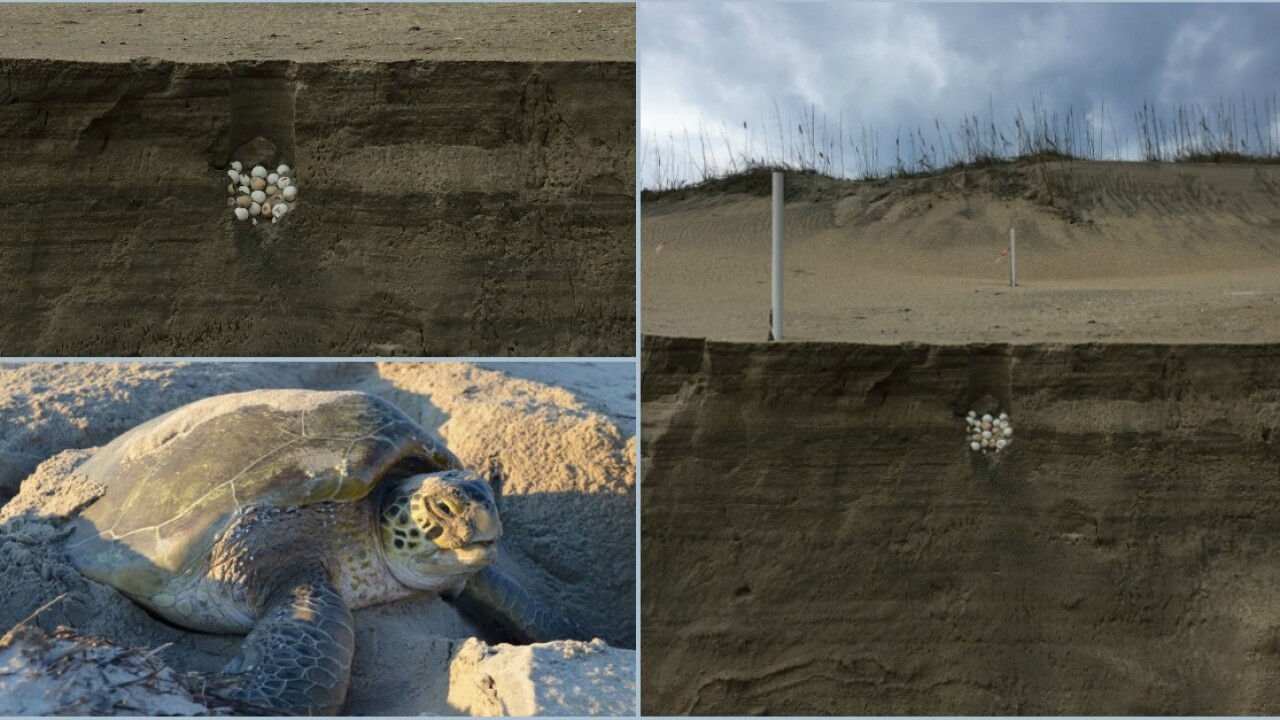 The Resource Management Team with NPS assessed the impacts of Hurricane Dorian on sea turtle nests within the Seashore. Prior to the storm, staff conducted patrols of Buxton, Hatteras, and Ocracoke beaches to determine which nests still have living baby sea turtles, WTKR reported.

Pre-storm patrols indicated 166 active nests and staff have discovered that the majority of these nests were still viable after the storm.

Only about 15% of all this year’s record-breaking 470 nests appear to have been impacted from nest flooding due to overwash.

There are still over 75 intact nests remaining along the Seashore and NPS is already seeing signs of successful hatching.

The park’s beaches have been monitored for sea turtle nesting activity since 1987. Nest numbers in the area have fluctuated greatly in the last 30 years with the fewest in 1987 at eleven and the peak of 325 in 2016.

For more information about the sea turtle program at Cape Hatteras, visit this link.