14-year-old took ship anchor to the head — and survived. Now, his friends call him ‘Anchorman 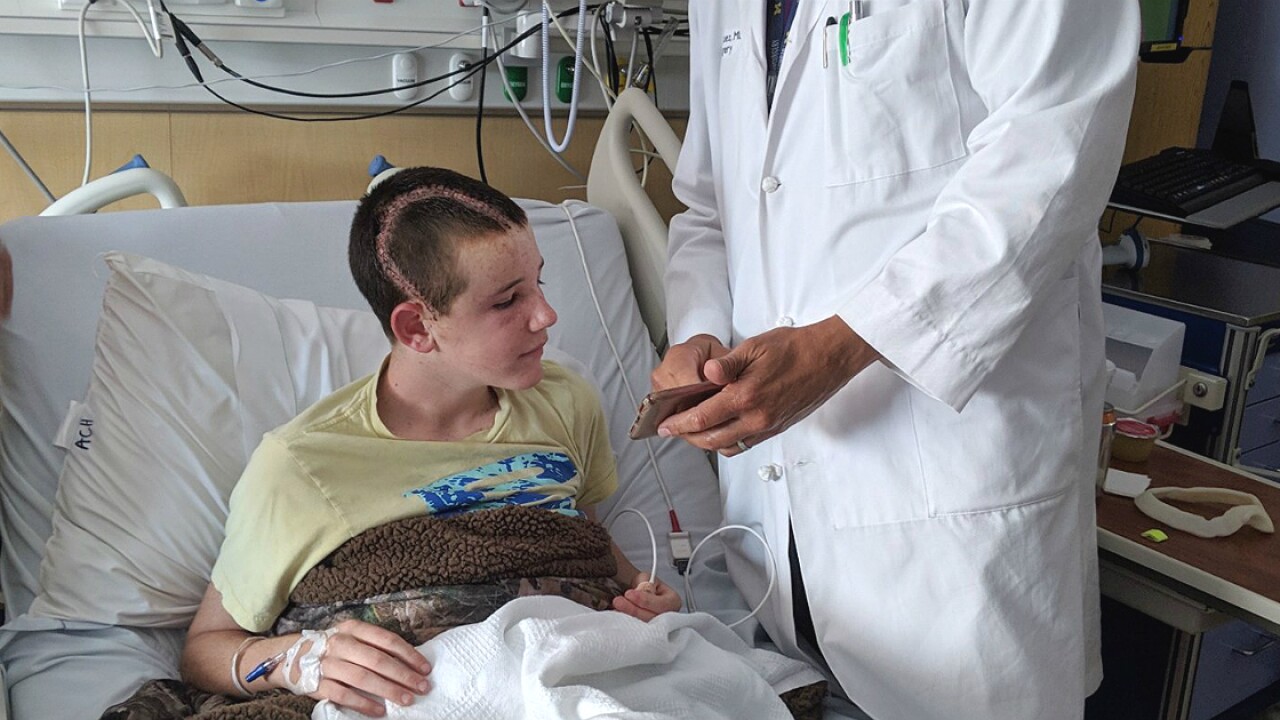 MANATEE COUNTY, Fla. — Caleb Bennett has always felt at home on boats. The 14-year-old from Manatee County, Florida, grew up on the water, taking fishing trips with his family.

He was on a boat when the anchor got lodged in his skull.

The teen survived a major brain injury after an anchor on a boat struck him in the head. His recovery, doctors said, is a miracle.

The incident earned Caleb a new nickname, too — “Anchorman.”

Caleb was with his friends and brother when the anchor slipped from the back of their boat. The line holding it pulled tight, and the anchor swung back and hit his forehead. So he caught the anchor in his hands, dropped to his knees and tried not to move the metal protruding from his head.

Then he asked his friend to call 911, he said, because “I’m probably going to die.”

While Caleb was being rushed into emergency surgery at Johns Hopkins All Children’s Hospital in St. Petersburg, his parents were celebrating their wedding anniversary in the Bahamas.

Kelli Bennett got the news sitting alone on a beach.

“Needless to say, I kind of lost it,” she told CNN.

This teen survived a major brain injury after an anchor on a boat struck him in the head. His recovery, doctors said, is a miracle. (Kelli Bennett/Johns Hopkins All Children’s Hospital)

His remarkable recovery is ‘one in a million’

Kelli and her husband Rick didn’t know the full extent of their son’s injuries until they rushed back to Florida that night.

When they arrived, pediatric neurosurgeon Luis Rodriguez explained Caleb had had an emergency craniotomy to partially remove his frontal lobe and give his brain space to swell.

Caleb was put into a medically induced coma. His physicians told his parents he might never speak, walk or move his limbs again.

But within five days of waking up, he was back on his feet.

That was in March, and recovery from brain surgery typically takes more than a year, the Bennetts said. So Caleb is still healing, keeping activities light but sneaking in a fishing trip once in a while.

A few weeks ago, he had two minor seizures in the same day, his parents said. His doctors expected the side effect, but they’ve given him medicine to treat them.

Rick Bennett said the seizures are a small price to pay for his son’s life.

“He should’ve died right where he stood,” he said. “Even if this is our cross to bear for a while or indefinitely, it’s better than the alternative.”