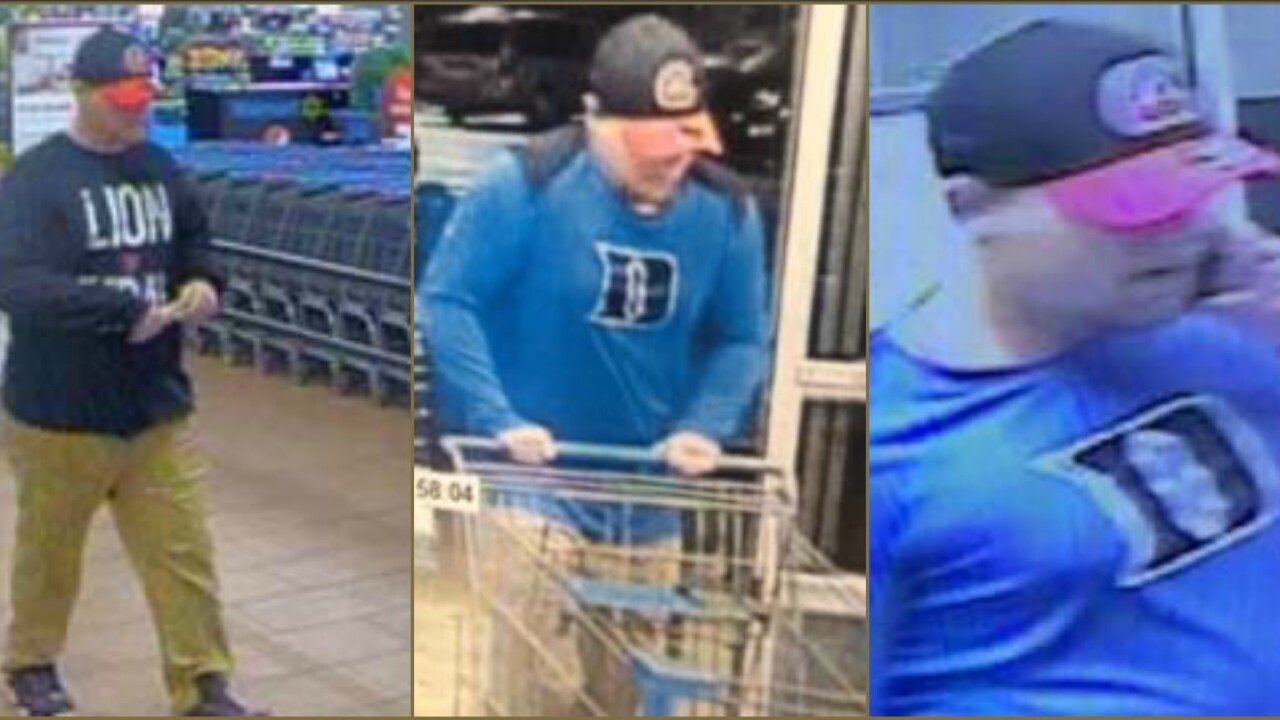 POWHATAN COUNTY, Va. — Authorities released surveillance photos of a man caught on camera stealing at several Central Virginia Walmart stores in hopes that someone can help identify him.

“This subject entered the Powhatan Walmart in the early morning hours of Sept. 13 and stole a large quantity of electronic items after breaking the case open,” Chief Deputy Jeffery S. Searfoss with the Powhatan County Sheriff’s Office said.

That same suspect was caught on camera at four other Walmart stores “doing the same thing,” according to Searfoss. 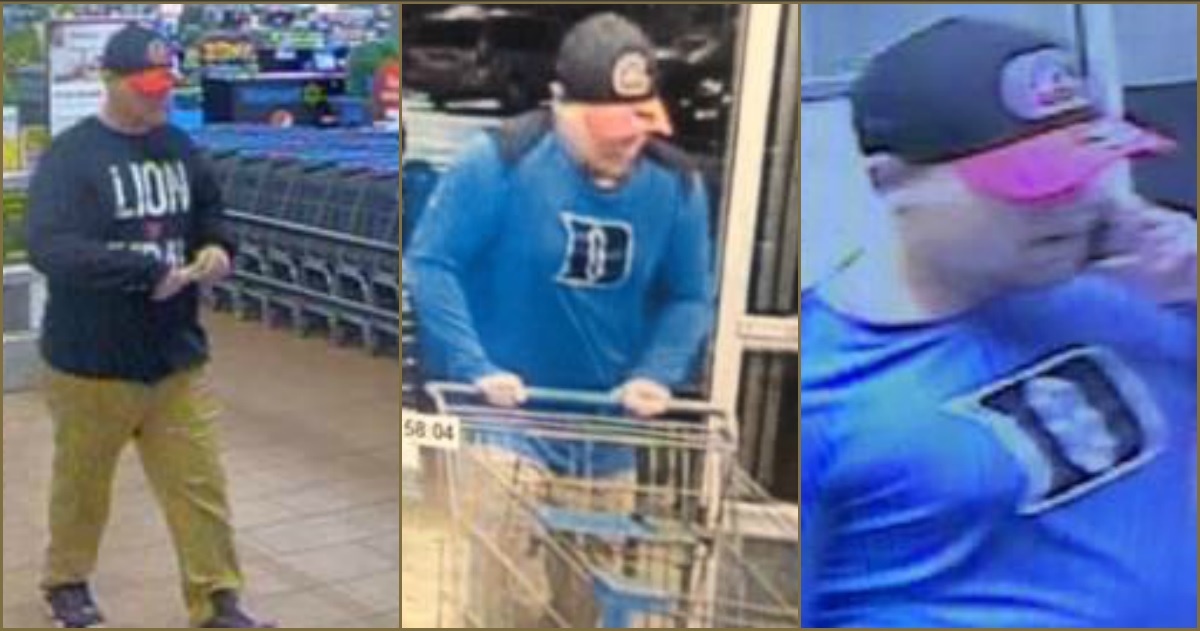 “The individual… is a person of interest in multiple larcenies in the Metro Richmond area,” Searfoss said.

Officials urged anyone with information that could help in the case to call Powhatan Crime Solvers at 804-403-HELP (4357) and reference incident number 19-013885.

“You could receive a reward and remain anonymous,” Searfoss added.