Biden: Trump is abusing his power 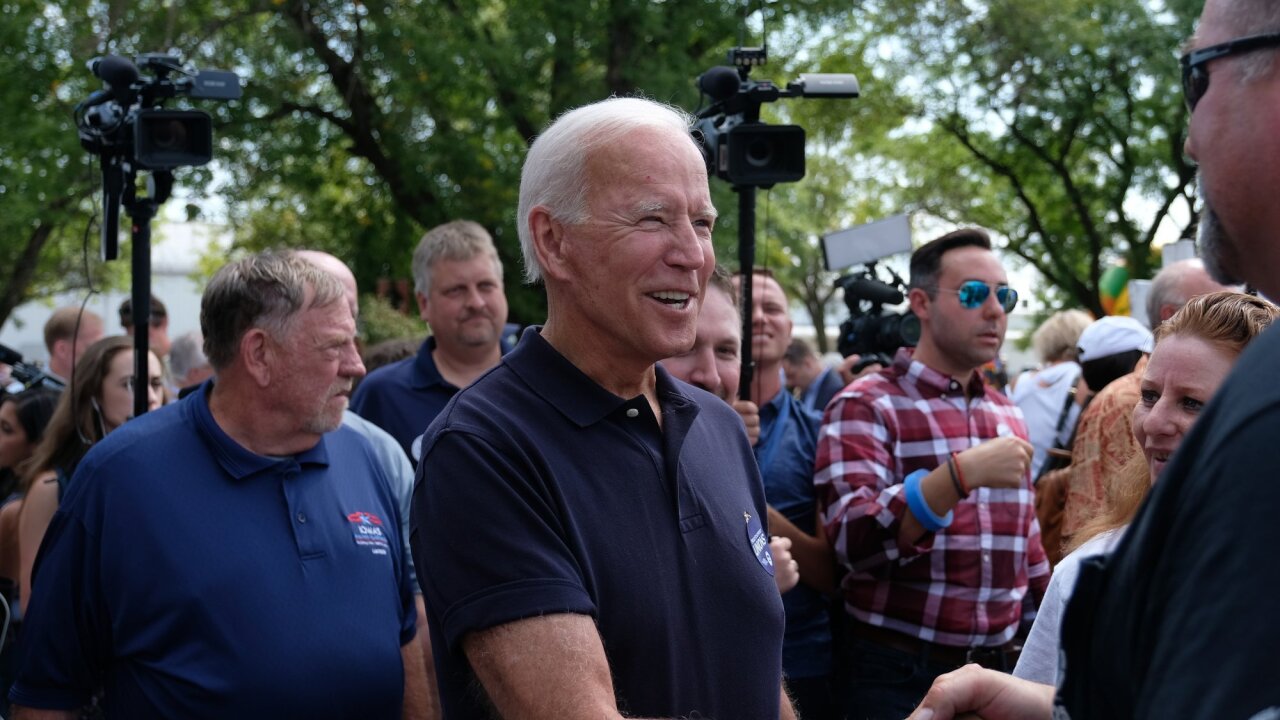 Former Vice President Joe Biden is preparing for a lengthy Democratic primary battle despite his status as the front-runner in national polls, senior campaign aides said.

Joe Biden accused Donald Trump of abusing the power of his presidency in urging the Ukrainian President to investigate Biden’s son, Hunter, to smear his presidential campaign, angrily calling on Congress to investigate Trump’s contact with the foreign leader.

“This appears to be an overwhelming abuse of power to get on the phone with a foreign leader who is looking for help from the United States and ask about me and imply things if that’s what happened, that appears to be what happened … This is outrageous,” the former vice president and 2020 Democratic candidate told reporters on Saturday before attending the Polk County Democrats Steak Fry in Des Moines, Iowa.

Biden’s comments come following news that Trump pressed Ukrainian President Vologymyr Zelensky in a July 25 phone call to investigate Hunter Biden, according to a person familiar with the situation. Trump has defended the call, dubbing criticism of it a “Ukraine Witch Hunt.”

There is no evidence of wrongdoing by either Joe or Hunter Biden.

“There was talk … leaders have the right to discuss any problems that exist. This conversation was long, friendly, and it touched on a lot of questions, sometimes requiring serious answers,” Prystaiko said.

Biden, when asked by reporters Saturday how many times he had discussed his son Hunter’s overseas business affairs, said, “I’ve never spoken to my son about his overseas business dealings,” telling the reporter who posed the question: “You should be looking at Trump.”

“Trump is doing this because he knows I’ll beat him like a drum and he is using the abuse of power and every element of the presidency to try to do something to smear me,” he said, growing increasingly irritated. “Everybody looked at this and everybody who’s looked at it said there’s nothing there. Ask the right question.”

Turning to the Democrat’s 2020 presidential challenge to Trump, Biden called the President a “serial abuser,” repeating that he knows what he’s up against but that Trump “crossed the line.”

“A serial abuser, that’s what this guy is,” Biden said. “He abuses power everywhere he can. If he sees any threat to his staying in power — he’ll do whatever he has to do. But this crosses the line. This crossed the line.”

When asked if Trump should be impeached for the call, Biden replied that “depending on what the House finds, he could be impeached,” but he declined to go further in calling for impeachment.

Biden also called for Trump to release the transcript of his call with Zelensky to Congress.