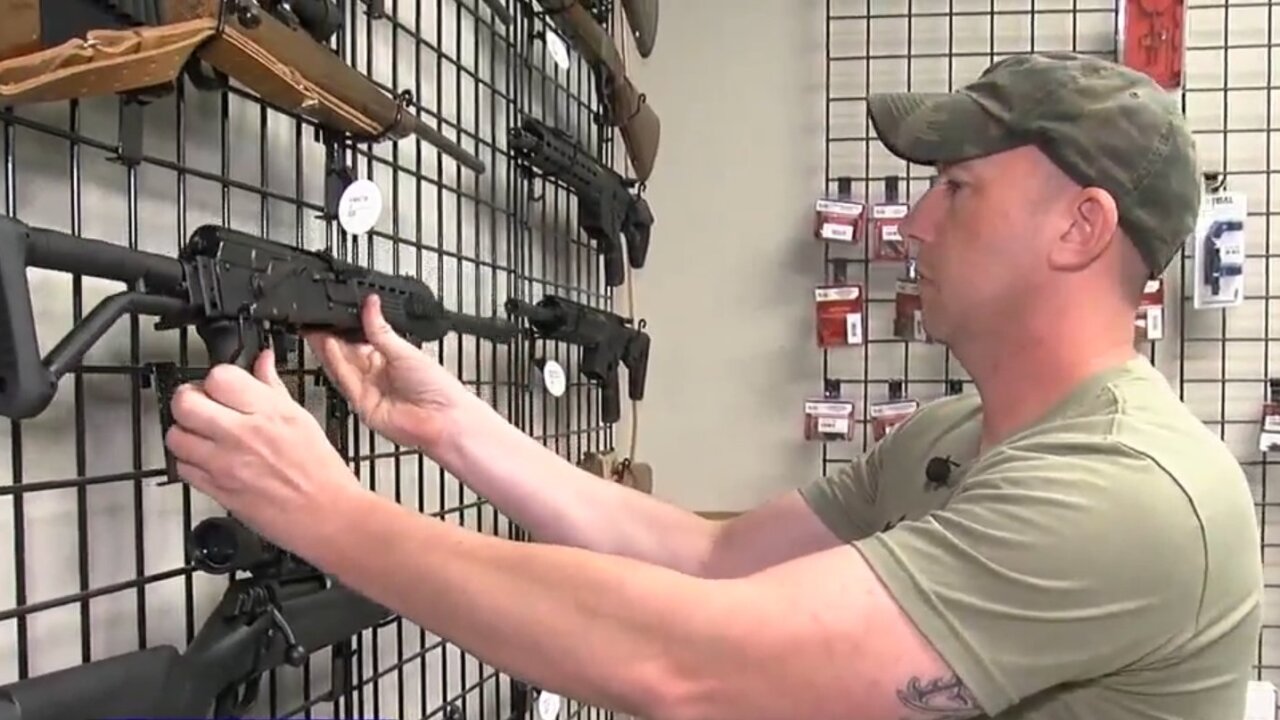 ** Embargo Phoenix, AZ** Alpha Dog Firearms sold out of at least one AR-15 model priced at $349.99 in just four hours, after Beto O’Rourke announced he he’d back an assault rifle ban.

Some would argue the most powerful and controversial statements came from El Paso native Beto O’Rourke when he confirmed he’d back an assault rifle ban:

“When we see that being used against children.. and in Odessa I met the mother of a 15-year-old girl who was shot by an AR-15, and that mother watched her bleed to death over the course of an hour because so many other people were shot by that AR-15 in Odessa and Midland there weren’t enough ambulances to get to them in time. Hell. yes we are going to take your AR-15, your AK-47. We are not going to allow it to be used against fellow Americans anymore.”

One Valley gun owner was less than thrilled, though, and decided to take a jab at the Texas Congressman — by marking down prices on several AR-15 and AK-47 models.

“You know what, he wants to take your guns, so we’re going to sell them for cheaper,” said Matt Boggs, owner of Alpha Dog Firearms. “This is just basically me being as petty as I can be.”

The Tempe shop off Baseline Road and Mill Avenue sold out of at least one AR-15 model priced at $349.99 in just four hours. Two hundred rifles sold, according to Boggs, more guns than they usually sell in one month.

“It’s nice to see people taking advantage of their second amendment rights,” he said. “It’s not like owning a firearm is like driving a car where it’s a privilege. It’s a right.”

O’Rourke spoke days later, clarifying his intentions adding the ban is solely meant to include “weapons of war”:

“I don’t want you or anyone else to get into the fear-mongering that some have fallen prey to saying that the government’s going to come and take all of your guns. What we are talking about exclusively is weapons of war that have no place in our homes no place on our streets and should remain on the battlefield.”

Boggs argues crimes like the El Paso Massacre and other mass shootings nationwide won’t end with an assault rifle ban.

“People will inflict injuries to other people with rocks, sticks, cars, bombs. It doesn’t matter what the mode is,” Boggs adds. “If people want to cause havoc, they will find a way to do it.”

This story was originally published on KNXV.