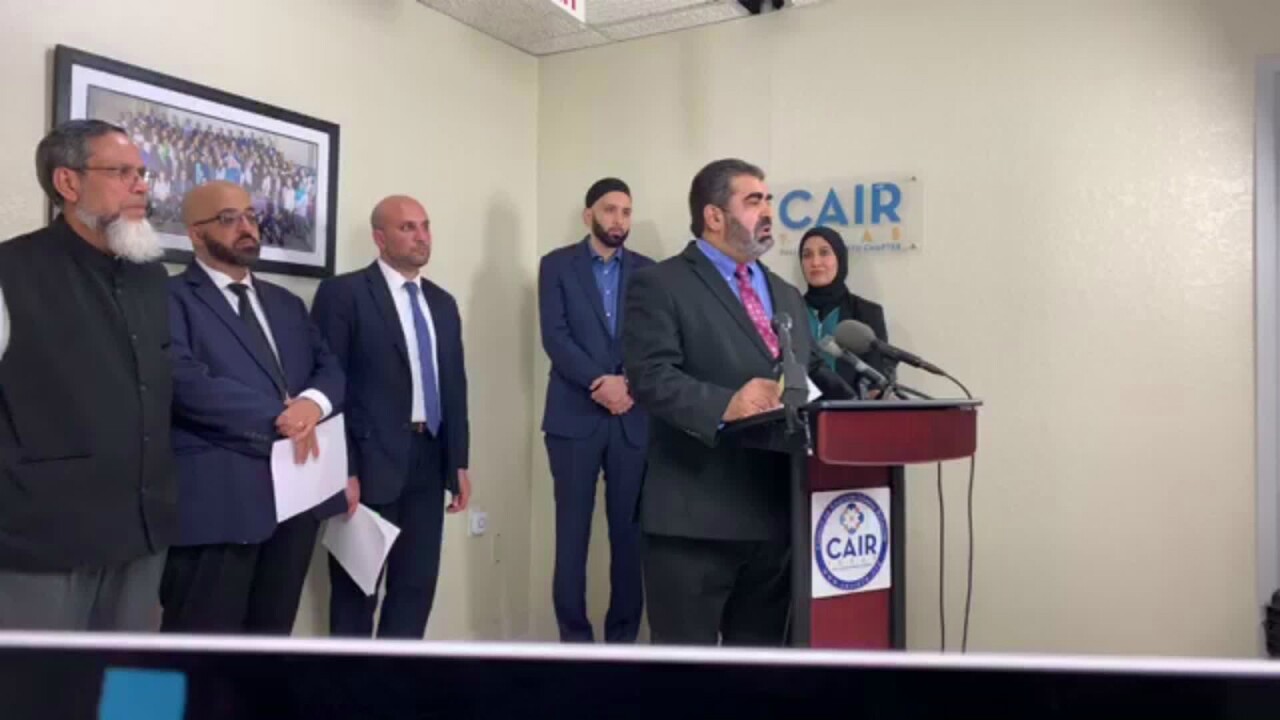 Two Muslim men say their American Airlines flight was canceled after security concerns were raised by on-board crew members. They claim the FBI said the concerns were voiced after one of them was heard flushing twice inside the plane’s bathroom. The aircraft was operated by Mesa Airlines.

“It was the most horrible, humiliating day of my life,” Issam Abdallah said during a news conference at the Council on American-Islamic Relations Thursday.

“Those who are responsible must be held accountable,” he said during the news conference.

American Airlines said the flight was canceled “due to concerns raised by a crew member and a passenger.”

“American and all of its regional partners have an obligation to take safety and security concerns raised by crew members and passengers seriously,” the airline said.

Mesa Airlines, which operated this flight, said they were conducting a “thorough investigation of this matter.”

When Abdallah said he and his traveling companion, Abderraoof Alkhawaldeh, boarded their plane Sept. 14 heading from Birmingham, Alabama, to Dallas, Texas, everything seemed to be normal.

After a series of delays for what Abdallah said the crew announced were for maintenance reasons, he decided to use the bathroom. When he came out, he said, he was shocked to find a flight attendant by the door, like she was eavesdropping.

After about 10 minutes, Abdallah said everyone got off the plane. He and Alkhawaldeh went to an airport coffee shop, he said, and he could tell police were watching and following them.

Abdallah said he was approached by an FBI agent at the airport who asked him and Alkhawaldeh questions. Their luggage was re-screened by TSA personnel.

The agent allegedly told Abdallah the flight crew called police to say they were uncomfortable flying with him after he flushed twice in the restroom, according to Abdallah.

Abdallah said the agent apologized to him.

CNN has reached out to the FBI for comment.

“You feel like you are a criminal in front of them,” he said. “I felt like I am discriminated against my ethnicity, my religion.”

All passengers on the flight, including the two men, were rebooked on the next flight to Dallas.

One of the men calls the incident ‘un-American’

Alkhawaldeh said the day after his flight, he was due to celebrate his 29th wedding anniversary with his wife, five kids and two grandchildren.

“Thank you American Airlines, for ruining such a happy occasion,” he said.

Alkhawaldeh choked up during the CAIR news conference, saying he’s been having trouble sleeping since the incident.

“I travel for a living… I’m really worried what is my next flight experience,” he said. “This put a lot of stress on me and my family.”

He said he has been a loyal American Airlines customer since 1989.

“I have taken hundreds of flights, I have flown over 1,000,000 miles with American. I have the highest elite status-executive platinum. And to be treated with disrespect, and suspicion, to be racially profiled, to be followed by law enforcement officers for hours in front of hundreds of passengers, to be questioned in public,” Alkhawaldeh said.

American Airlines said in a statement they have reached out to the two men to better understand what happened that day.

“Our team is working with Mesa to review this incident, and we have reached out to Mr. Alkhawaldeh and Mr. Abdallah to better understand their experience.”

What happened to the two men is not an isolated incident, said Ekram Haque, the acting executive director for CAIR’s Dallas/Fort Worth office.

“It has happened to numerous Muslim Americans whose only fault is that they are flying while Muslim. The incident has left these two respected community leaders traumatized and humiliated, and they want justice,” Haque said.