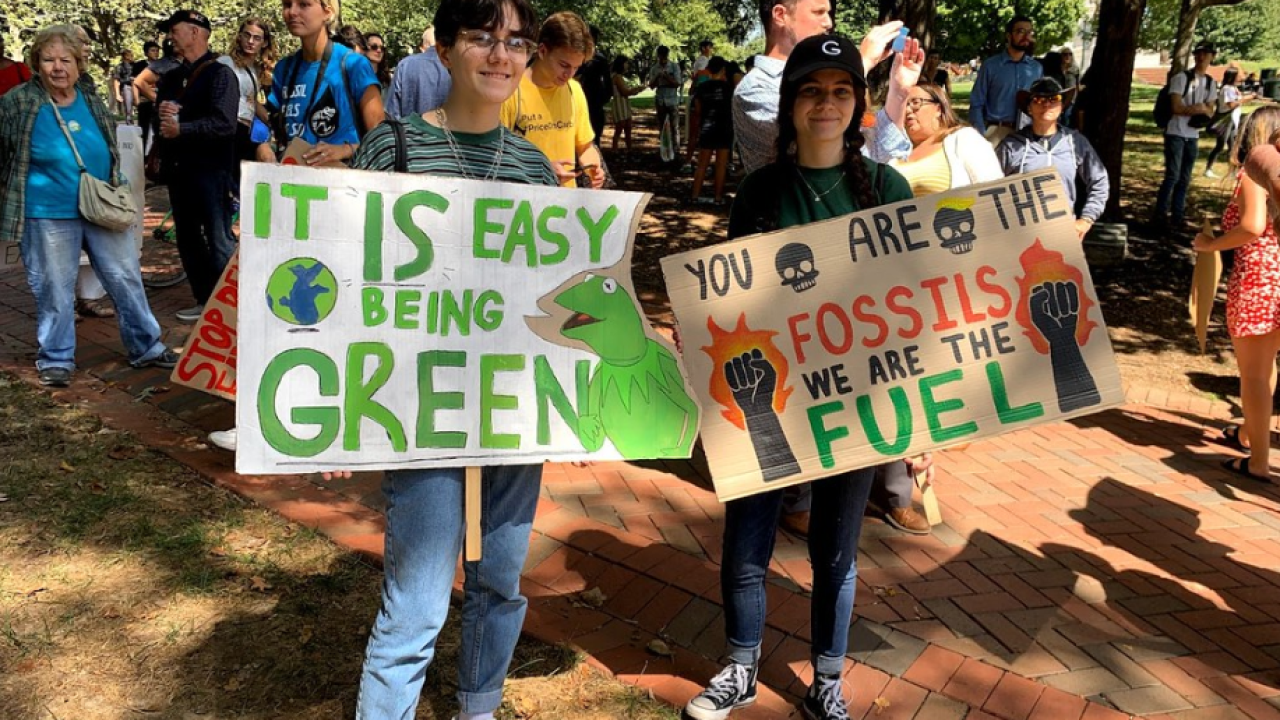 The U.S. Youth Climate Strike brought an estimated 300 demonstrators, who joined a global movement to raise awareness for climate justice ahead of the Youth Climate Summit Saturday and the United Nations Climate Action Summit that starts Monday in New York. Climate strikes were held all over the world. From Uganda to Berlin to New York and Richmond, the streets were swarming with people concerned over climate change.

In Richmond, signs waved by young, fresh faces read: “It IS easy being green; You are the FOSSILS we are the FUEL; We want our hopes and dreams back.”

The strikes have been organized by youth who say they do not want to stand by while their planet — and their futures — are ruined.

Activists warned of the impending ecological disasters due to climate change.

The youngest to stand behind the small podium was a Clover Hill Elementary student who introduced herself as “Sophie.” Other speakers included high school student organizers, a teen poet, a 60-year-old biologist from New York and eco-villagers who live a sustainable lifestyle on Virginia communes.

The resounding message was fear: fear of their future. With the United Nations predicting ecological disaster as little as 11 years from now the students expressed their concerns for the safety of the planet. 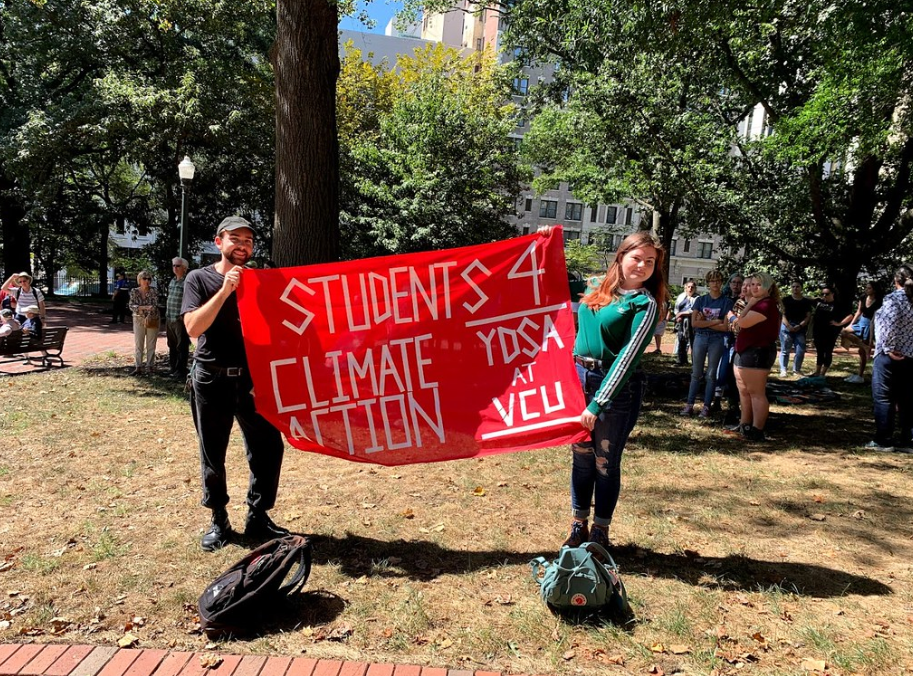 Kids of all ages missed a day of school to attend the strike. In New York, more than 1 million students were excused from classes.

“I’m here because the climate is something we need to build legislation on and it’s not doing so hot right now and so we need to get our voices out to the people in power,” said teenager Ciara Graves.

At home Graves and her mom eat a vegetarian diet and try to live a minimal waste lifestyle, including composting their food scraps. They said they hope to make positive environmental changes on a small scale.

It wasn’t just teens taking action. They were joined by a large showing of Virginia Commonwealth University students and people of all ages.

Richmond resident Emily Kimball and her friends were looking for a way to celebrate her 88th birthday and decided to attend the climate strike together to promote awareness of climate change refugees who have had to flee their homes due to the effects of the changing climate.

For those who stayed at school or work, a second event at 5 p.m. was organized by Extinction Rebellion Richmond. Following a gathering at Monroe Park, the group planned to march to the state Capitol.

This was the third time the group hosted events in Richmond this year. In March and May, around 30 people attended each event.