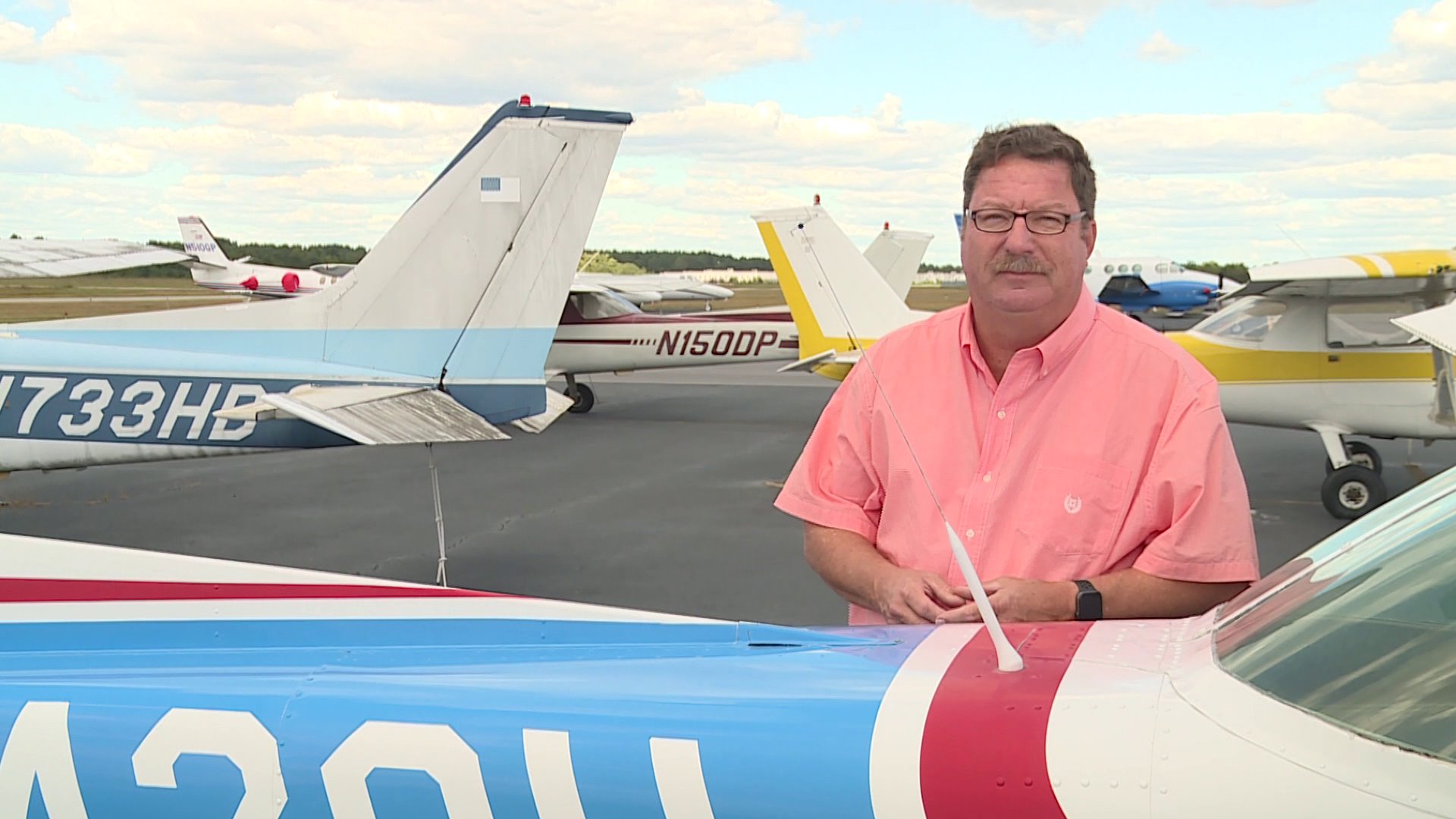 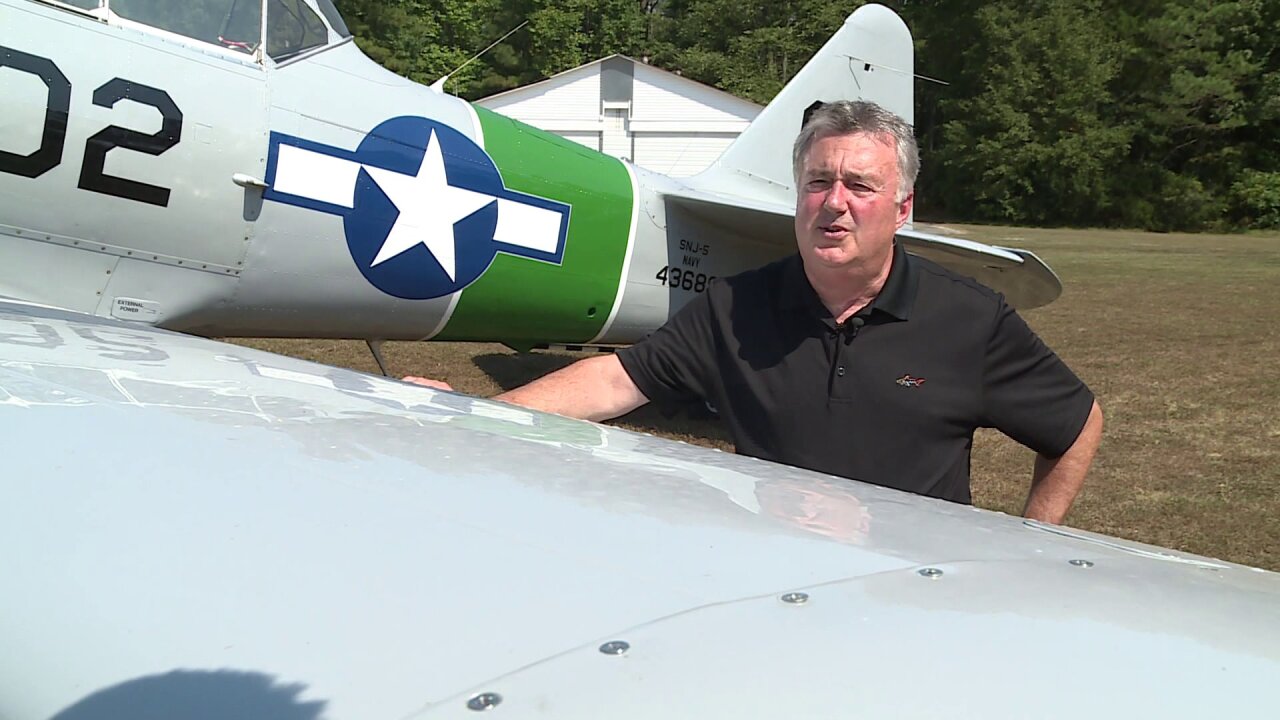 COLONIAL HEIGHTS, Va. -- Most kids, when they turn 16, are focused on getting their driver’s license and hopping behind the wheel of a car.

“The aviation bug bit me, it bit me hard,” said Mazza. “Eat, sleep, think of aviation.”

Funny, because many in central Virginia associate him with water, not wind.

Mazza owns Medallion Pools, located just off I-95 in Colonials Heights. His dad opened the place in 1960, and Mazza frequently appears in television commercials for the business.

But while pools and hot tubs pay the bills, Mazza’s passion takes him far above ground. He says the love of flying took off at an early age, and his first wingman was his father.

“I always remember this, as we would take off, my mom would be watching me and my dad would always put his hands up, you know to show that I was flying the plane."

By the age of 16, Mazza was skilled enough to fly solo. By 17, he could have a passenger with him. And at 18, he was licensed to fly commercially.

In the decades since, Mazza has flown more than 100 different types of aircraft -- everything from Cessna jets, to open-cockpit planes built in the 1920s.

But his favorites, are the ones flown by American and British airmen during World War II, particularly the Supermarine Spitfire.

“It's truly an honor to fly these airplanes,” said Mazza.

And he’s received a few honors himself. In 2015, Mazza was inducted into the Virginia Aviation Hall of Fame. But as he points out, it wasn’t because of his flying abilities.

Rather, it was his work as an advocate. Mazza has served on the Virginia Aviation Board, the Virginia Transportation Safety Board, the Chesterfield County Airport Advisory Board, and the Dinwiddie Airport and Industrial Authority.

He’s also served as the chairman of the Capital Region Airport Commission.

Like his dad before him, Mazza taught his own son to fly. Now, he’s dedicated to helping other kids get their wings, and pursue careers in aviation.

And he encourages people of all ages to experience true flying, which Mazza says you just can’t get as a passenger on a jumbo jet.

“When you're in an airplane, you're not flying -- that is transportation. You're not experiencing the joy of flying,” said Mazza.

“Go to your local airport, rent an airplane, pay an instructor to take you up and let you go fly," Mazza said. "Even if it's for 15 minutes, go do it. It will change your life, it really will."