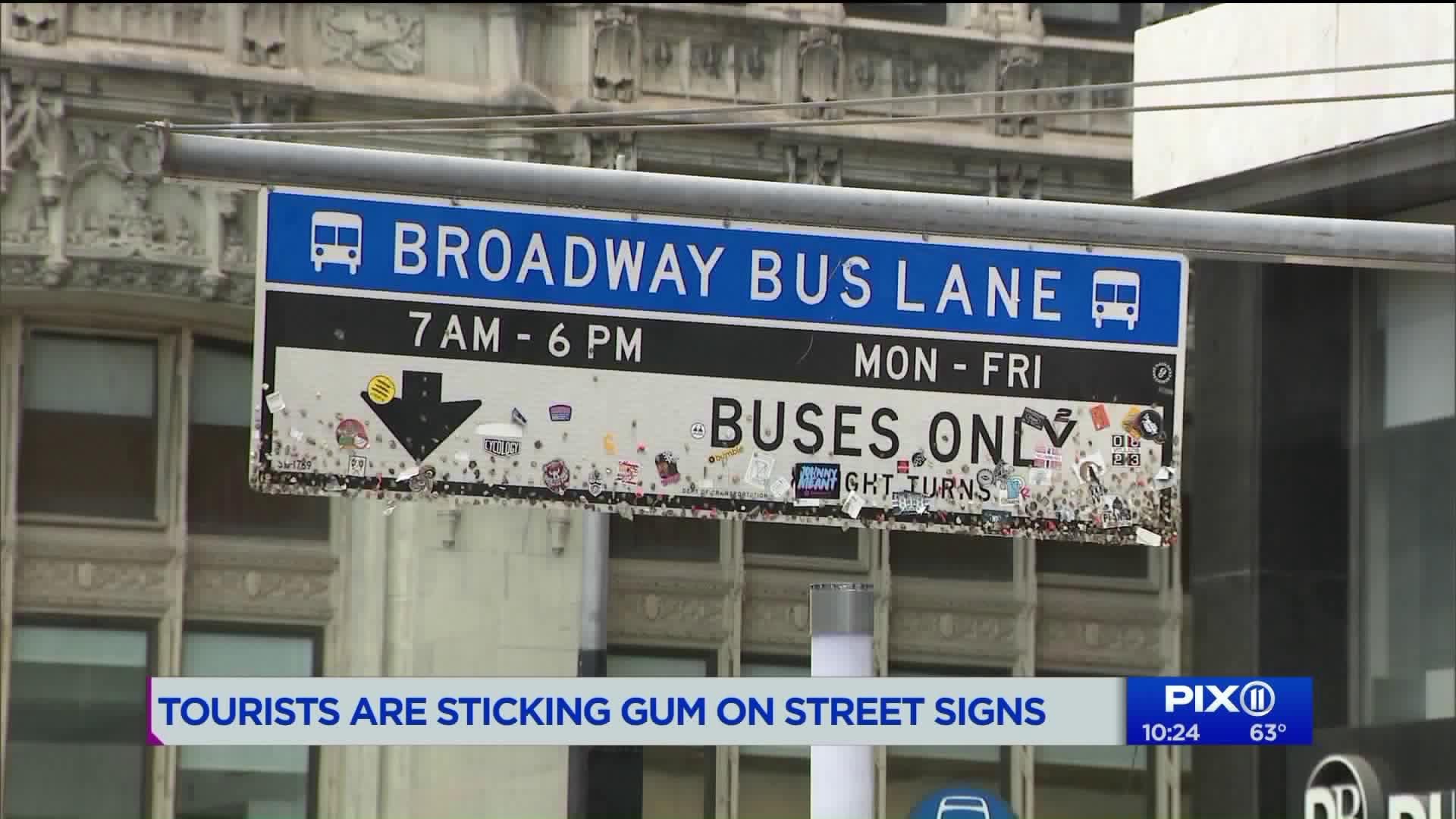 Chew on this: tourists on double decker buses are sticking their gum on New York City street signs.

Two signs on Broadway near City Hall have been covered in chewed up gum.

"People have been quite respectful actually. I'm quite surprised to see that," Kerry Gleeson told WPIX as she waited for the TopView double decker bus in Lower Manhattan.

The tourists have been taking advantage of their elevated perch to deface city property.

"I want to talk to these people and understand why on earth they think it's really cool to put bubble gum on signs. So, I'm just like, I need to understand what's going on in these people's heads," he said.

The sticky signs now need to be replaced. A Department of Transportation spokesperson said that will happen within the next two weeks.

TopView has a stop steps from one of the signs on Broadway, but the company pointed out other double decker bus companies, including Grayline and Big Bus, take the same route.

"TopView neither encourages nor tolerates conduct by tourists or its employees which would damage street signs or any other property belonging to the City of New York, its businesses and its citizens," the company's lawyer Maurice Ross told WPIX.

Ross said TopView plans to work with the city and other companies to stop the misbehavior of tourists.