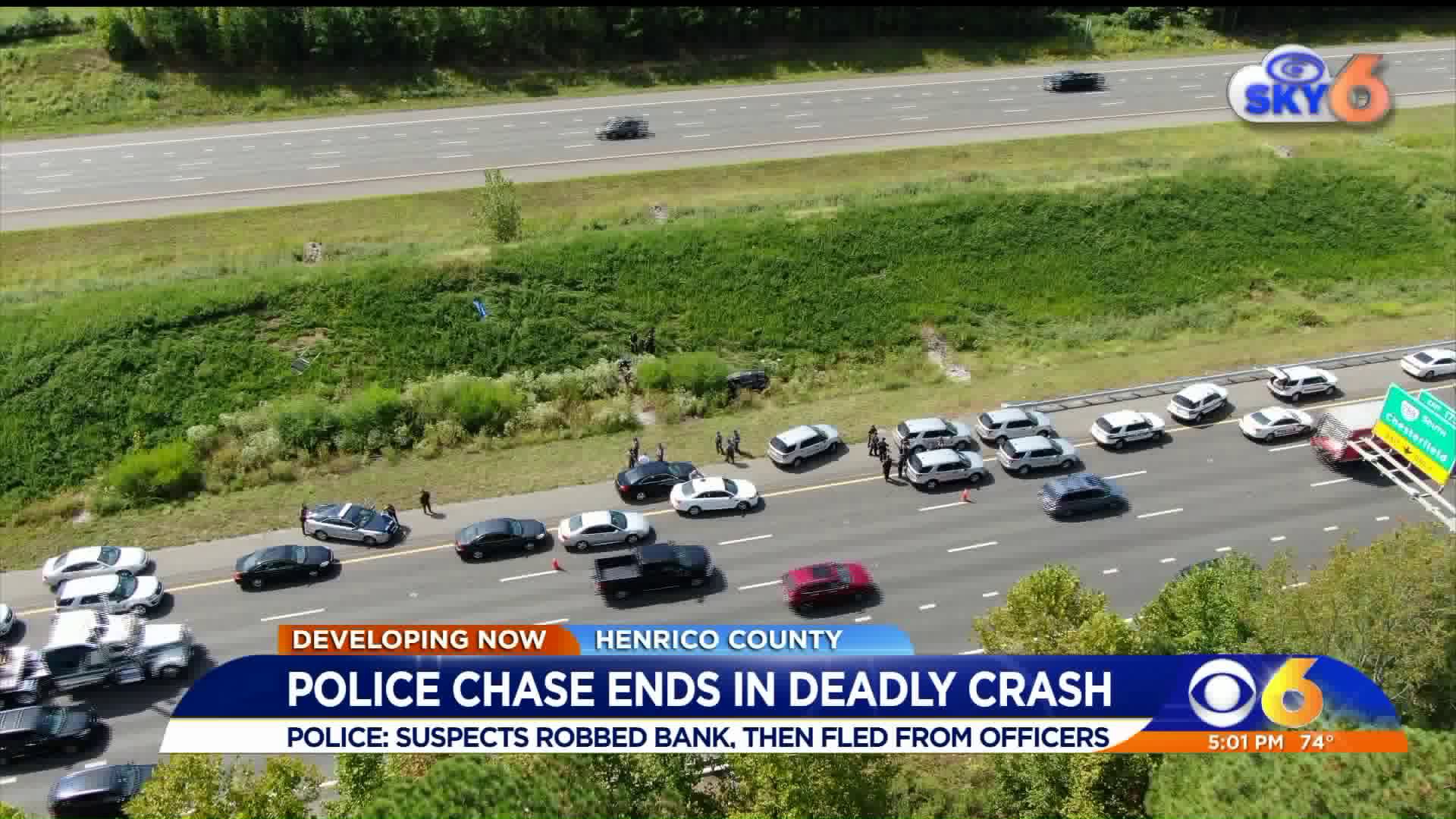 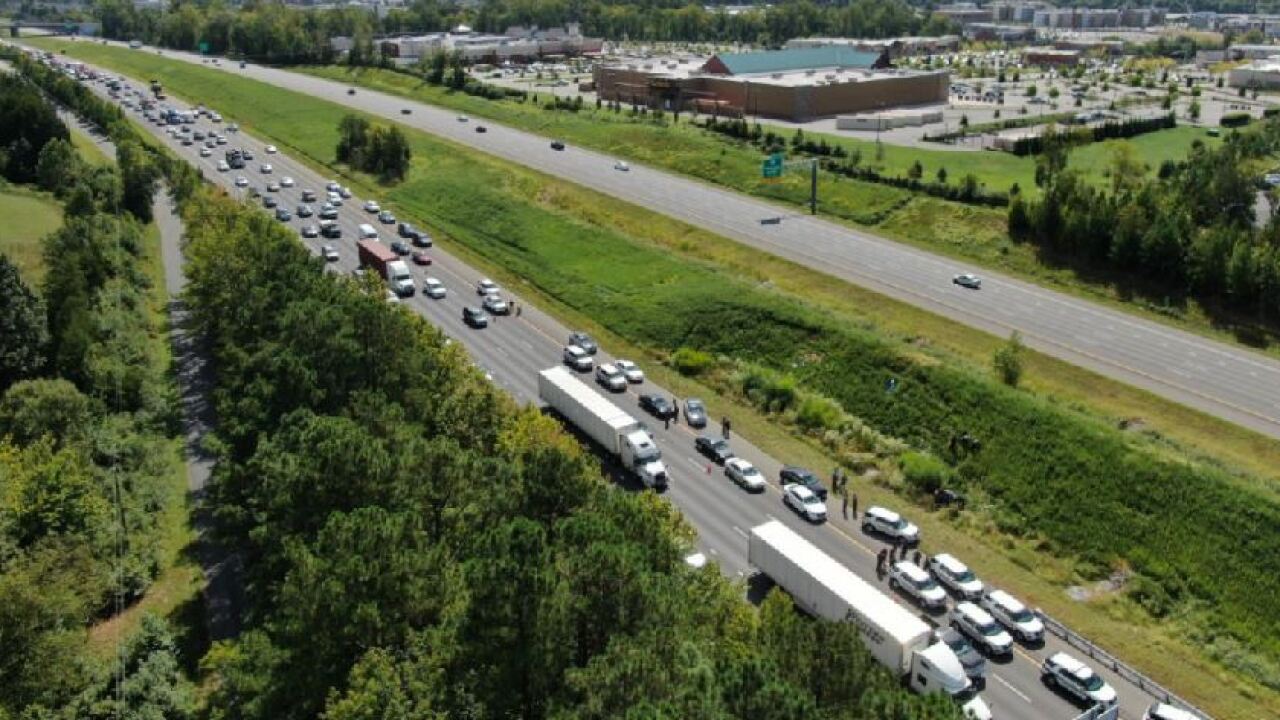 HENRICO COUNTY, Va. -- A man died on the side of Interstate 64 in Short Pump Thursday morning after a police pursuit ended with a crash.

Chesterfield Police said the incident began with a bank robbery at the Wells Fargo bank on Amberdale Road in North Chesterfield.

Police said a man entered the bank at about 9:51 a.m., displayed a handgun and demanded money from a clerk. After receiving the money, the suspect fled the scene in a Nissan Xterra SUV.

Virginia State Police received a description of a suspect vehicle and identified it at approximately 10:10 a.m. on the Downtown Expressway/195. 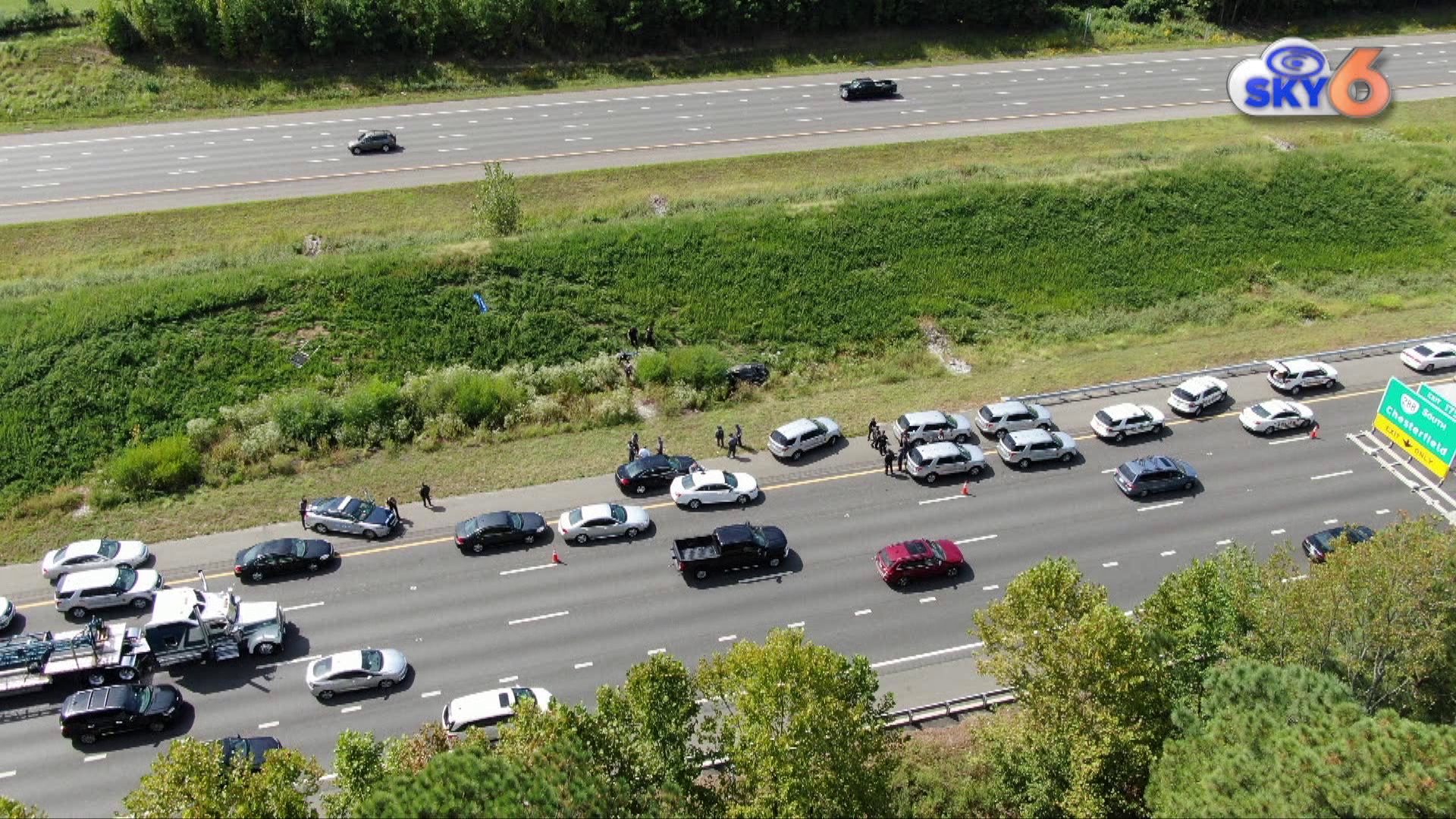 One of the people in the car was thrown from the vehicle. He died at the scene, according to police. A second person in the SUV suffered serious injuries.

Police believe the man killed in the crash is the suspect who entered the bank. That man has not been identified.

Chesterfield police have obtained warrants for the second vehicle occupant, identified as Dorell Taylor Jr., 27. Charges include conspiracy to commit a felony, robbery, and use of a firearm in the commission of a felony.

Taylor remains in police custody at an area hospital.

The crash, which closed lanes on Interstate 64 for several hours, remains under investigation.