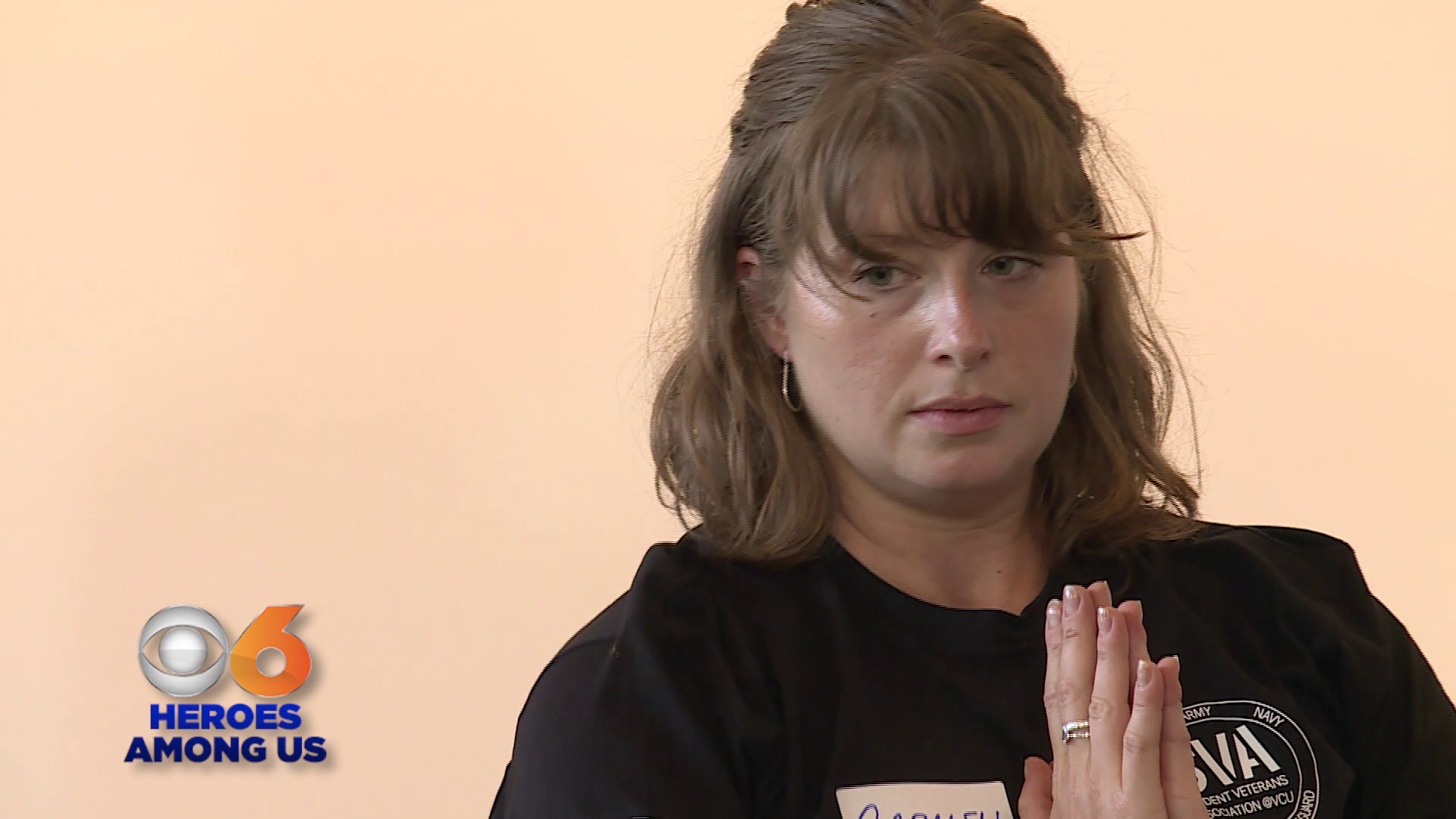 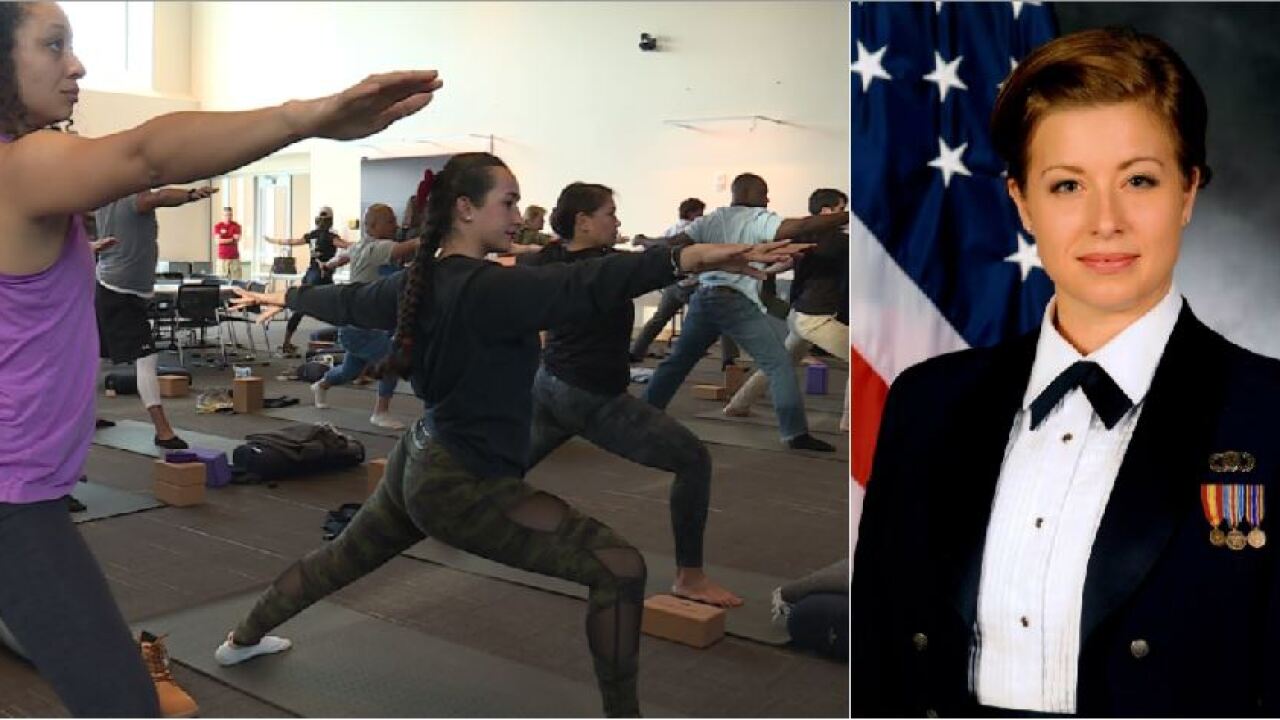 RICHMOND, Va. -- From calmness, improved circulation, and respiration, the benefits of yoga are well documented. For some people VCU in Richmond, yoga provides an escape from unseen injuries. The tranquility in the class at Cabell Library is a welcome respite from the bustling college campus just steps outside.

Just before everyone arrives, student Carmen Pekarek puts the finishing touches on Ground Down Rise Up. It is a project she’s been planning since May. It’s not an assignment graded by her professor. Carmen is concerned about her peers.

For eight years, the 33-year-old student wore the uniform of the US Air Force. She knows serving can leave a lasting and sometimes forgettable impact.

“Military service affects the whole family,” Pekarek said. “We have that shared experience. We have commonalities to grow from together.”

She wants veterans at VCU, and beyond, to know help is available.

“I like engaging with people. I like connecting things that could be and this is an ability to do that with a community I care about,” she said.

“We have 1,600 military-affiliated students at VCU,” Ross said. “She walks the walk and talks the talk. When she connects with other students it’s a stronger message.”

“My world comes crashing down before I even realized it,” Clavijo said. “It starts with the beginning of August, yeah. It's like clockwork.”

Clavijo fought in Iraq. He then witnessed human suffering while deployed in Louisiana after Katrina.

Anthony said Ground Down Rise Up gives him hope.

“I feel a connection with these people without even engaging. Its just cathartic,” Clavijo said.

“To know that my military experiences will affect that person less and the idea what they’ll do from there that’s the most gratifying part honestly,” Pekarek added.

Carmen Pekerek is determined to reach fellow veterans in need.

“I’ve been able to use yoga as almost a form of therapy," she said.

On the mat veterans like Anthony Clavijo can finally breathe a little easier.

“She wanted to go across the front lines she got my back," he said. "I got hers.”