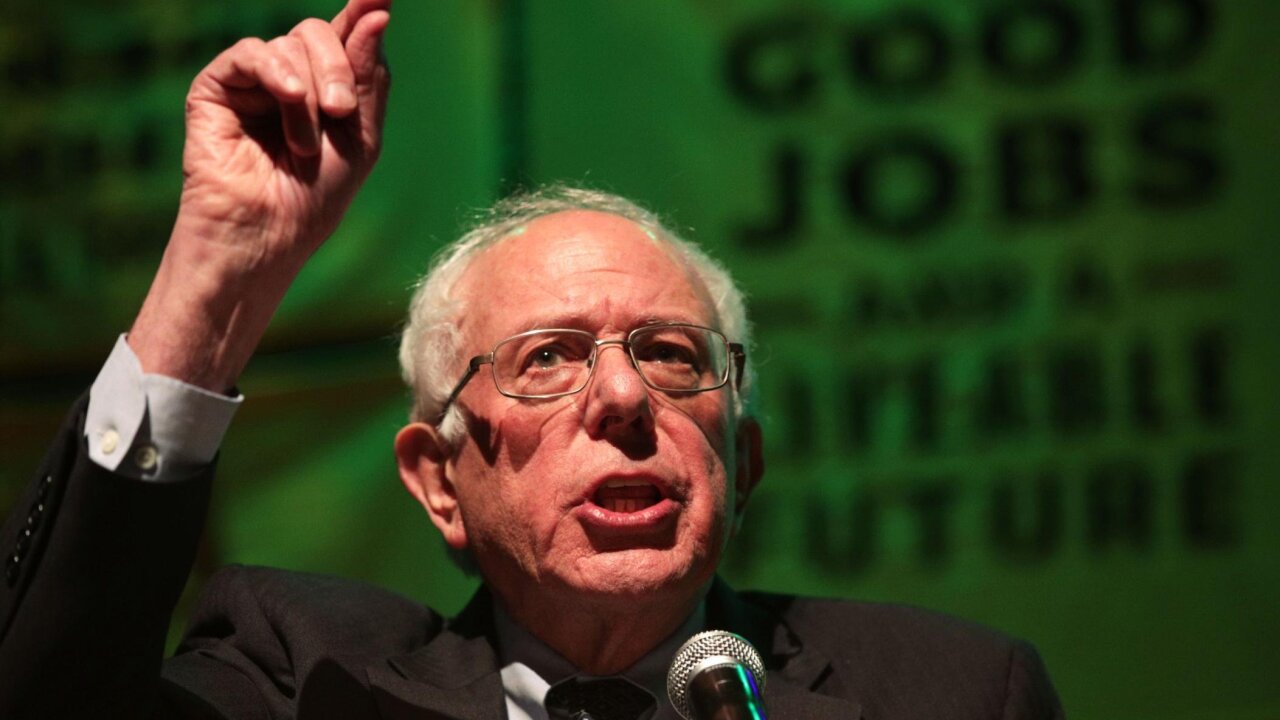 Sen. Bernie Sanders on Thursday added progressive meat to the bones of the Green New Deal with the release of his comprehensive $16.3 trillion climate change program ahead of a campaign stop in Paradise, California, the city leveled by a devastating 2018 wildfire.(65 kB)

According to the campaign, it is the first Democratic presidential campaign to cross that threshold this election cycle.

“Our strength is in numbers, and that is why Bernie Sanders is the only candidate who is able to say his campaign will rely only on grassroots funding in both the primary and against Donald Trump,” campaign manager Faiz Shakir said. “Like all campaigns we are beholden to our donors, and we’re proud to stand with 1 million working people.”

Despite the Vermont independent rejecting traditional fundraising routes, like high-dollar fundraisers and personally soliciting funds from donors, he has remained competitive in the money race. Sanders raised $18 million in the second quarter, placing him behind South Bend, Indiana, Mayor Pete Buttigieg ($24.9 million), former Vice President Joe Biden ($22 million) and Sen. Elizabeth Warren of Massachusetts ($19.2 million). But he also finished the second quarter with more cash on hand than any other Democratic campaign, at $27.3 million.

The campaign said that nearly all of those 1 million donors will be able to contribute again because they have yet to meet the limit set by the Federal Election Commission. The campaign also noted that more than 125,000 have pledged to give on a recurring basis.