Voter registration is up more in Democratic strongholds, but will that translate on Election Day 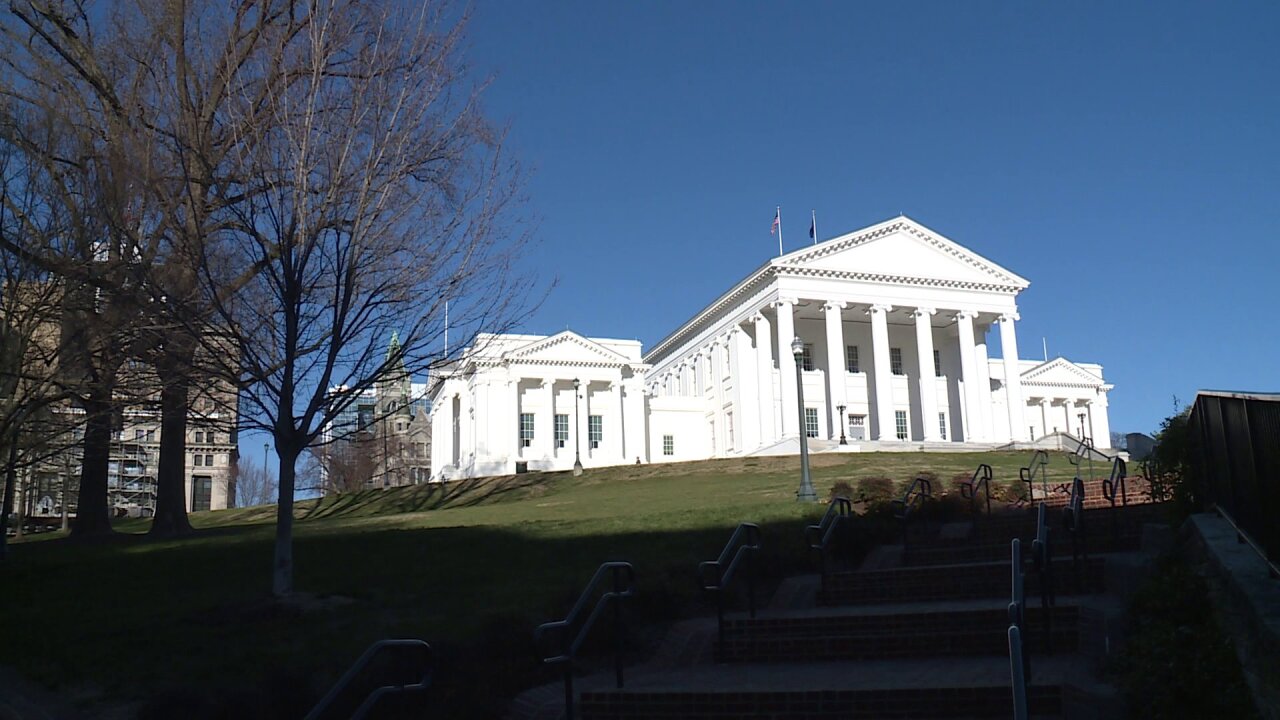 RICHMOND, Va. — — Over the past four years, voter registration has grown faster in Virginia localities that tend to vote Democratic than in localities that usually go Republican. Between August 2015 and August 2019, voter registration increased 9% in the state’s Democratic strongholds but only 6% in Republican strongholds, according to an analysis of data from the Virginia Department of Elections.

Democratic Party officials said they were pleased about the trend in a year when Virginians are electing state legislators, but not a governor or U.S. senator.

“We always say slower turnout with Virginia’s off-year election and fully recognize that this is an off-off year election with no statewide race,” said Kathryn Gilley, communications director for the House Democratic Caucus. “That being said, the fact that there is so much new voter registration … Virginians are really aware of the importance of this year.”

But Jeff Ryer, press secretary for the Virginia Senate Republican Caucus, said an increase in registered voters in Democratic areas doesn’t necessarily mean Democrats will win at the polls. He said something similar happened in Florida in 2016 and 2018, with news stories and opinion surveys predicting victories for Democrats.

“Not only did they (Democrats) not prevail, but they lost both,” Ryer said. “One of the things I really like to point out to people is Republicans do much better at the polls than in the polls.”

Gilley said Democrats are still energized from the 2016 presidential election, in which Hillary Clinton carried Virginia, but lost in the Electoral College to Donald Trump.

Statewide in 2016, 50% of Virginia voters cast their ballots for Clinton and 44% for Trump. (The remaining votes went to the Libertarian and other minor-party candidates.)

Trump carried 93 cities and counties in Virginia, mostly in the less populated southern and western parts of the state where population has been flat or declining. Clinton carried 40 localities, largely in Northern Virginia, the Richmond area, and Hampton Roads — areas that are more densely populated and generally are growing in population.

Last week, the Virginia Department of Elections posted data on how many people were registered to vote in each locality as of August. Capital News Service compared those numbers with the corresponding data for August 2015, when Virginia was preparing for a similar election in which only legislative and local offices were up for grabs.

The difference was even bigger in the communities that went heavily for one candidate or another:

Seventy-six localities cast at least 55% of their votes for Trump. In those cities and counties combined, voter registration went up 5.8% over the past four years.

Thirty localities cast at least 55% of their votes for Clinton. Taken as a whole, those areas have seen an 8.7% jump in registered voters since 2015.

For example, voter registration is up 16% in Richmond and 11% in Alexandria — cities that cast at least three-fourths of their votes for Clinton.

In contrast, voter registration declined slightly in most of the localities that cast at least three-fourths of their votes for Trump. For instance, the number of registered voters is down 5% in Buchanan County and 7% in Dickenson County.

Not every locality reflected the trend. Voter registration increased 15% or more in the Republican strongholds of New Kent, Louisa and Goochland counties, and it dropped in Greensville County and the cities of Williamsburg and Franklin, which tend to vote for Democrats.

But overall, the number of registered voters went up more in Democratic localities than Republican ones.

Stephen Farnsworth, director of the Center for Leadership and Media Studies at the University of Mary Washington, noted that voter registration increased after 11 Virginia House districts were redrawn this year. That happened after the courts found that the districts had been racially gerrymandered. The redrawn districts generally are more favorable to Democrats.

“When lines are drawn more favorably for one party or the other, that increases the quality of the candidates who are willing to run, increases the amount of money that donors are willing to spend, and those two things can increase voter interest,” said Farnsworth, a professor of political science and international affairs.

“Expect higher turnout in some of those newly drawn districts because they’re more competitive than they used to be.”

All seats in the General Assembly are up for election on November 5. Currently, Republicans hold a 21-19 majority in the Virginia Senate and a 51-49 edge in the House of Delegates.

Ryer noted that the Senate has had the same districts drawn by the Democrats since 2011.

“The Senate is operating under a Democratic gerrymander,” Ryer said. “Yet, despite the fact that the Democrats drew the lines, Republicans have been in the majority since those lines went into effect.”

Democrats are hoping to flip both chambers so that they control not only state government’s executive branch, with Ralph Northam’s election as governor in 2017, but also the legislative branch.

With control of the General Assembly at stake, Virginia’s legislative elections have attracted national attention.

“People really look to Virginia as an indicator for how the rest of the nation will vote, especially since we have become a purple (state) trending blue,” Gilley said.

“A lot of campaign operations and different groups almost use Virginia as like a test area for different tactics and strategies … National groups look at Virginia because we’ve got off-year elections, so they’ll implement strategies here to see if they want to use them in the regular-year election.”

Gilley said voters also were motivated by how close some elections have been in Virginia. In 2017, the race between Republican incumbent David Yancey and Democratic challenger Shelly Simonds in the 94th House District in Newport News ended in a tie. The election was decided by a lottery: Yancey’s name was pulled from a bowl, allowing Republicans to maintain control of the House.

Gilley said that election “really highlighted how important every single vote is.”