Virginia couple survives Dorian in the Abaco Islands: ‘I thought he had been killed’ 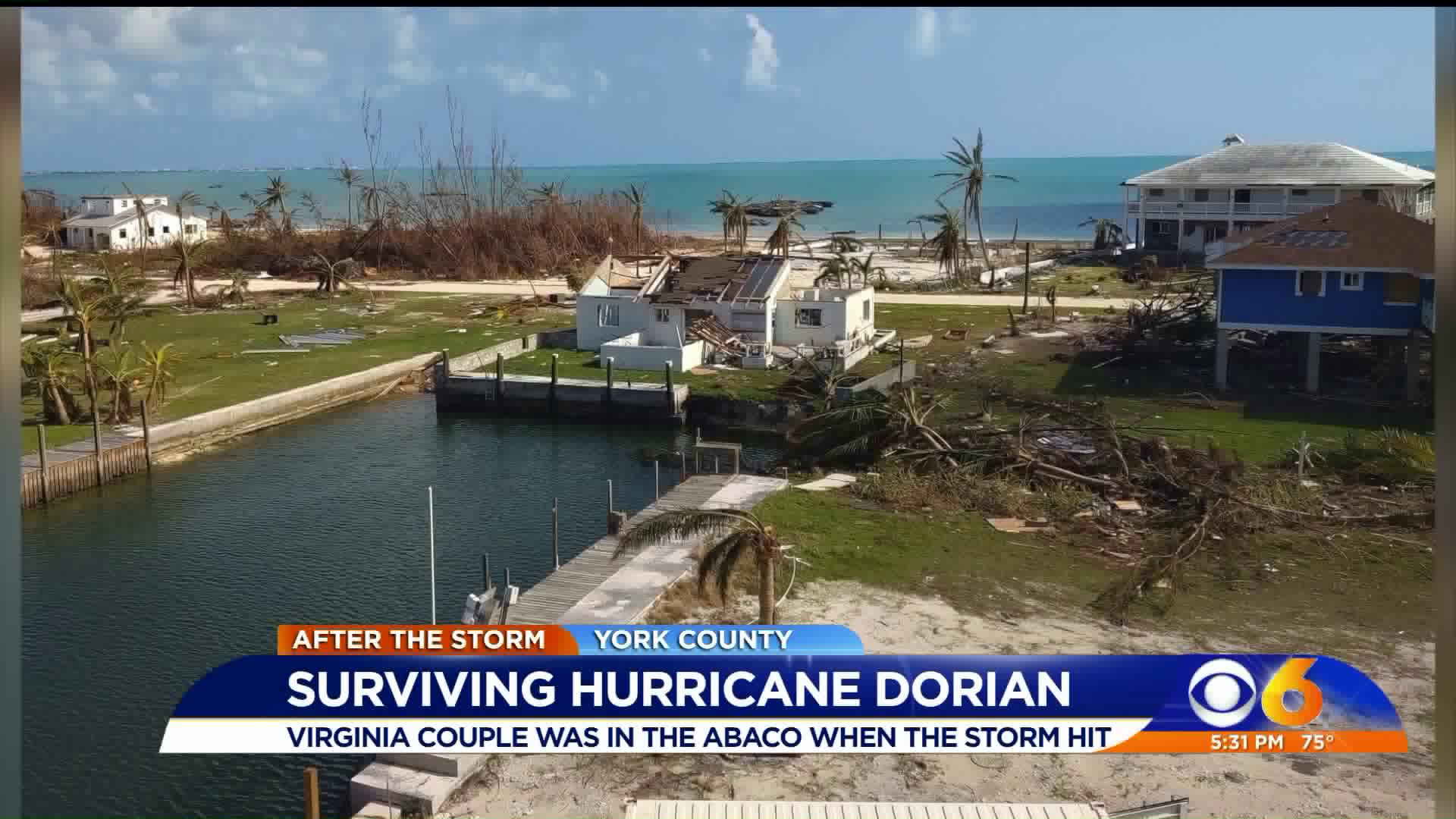 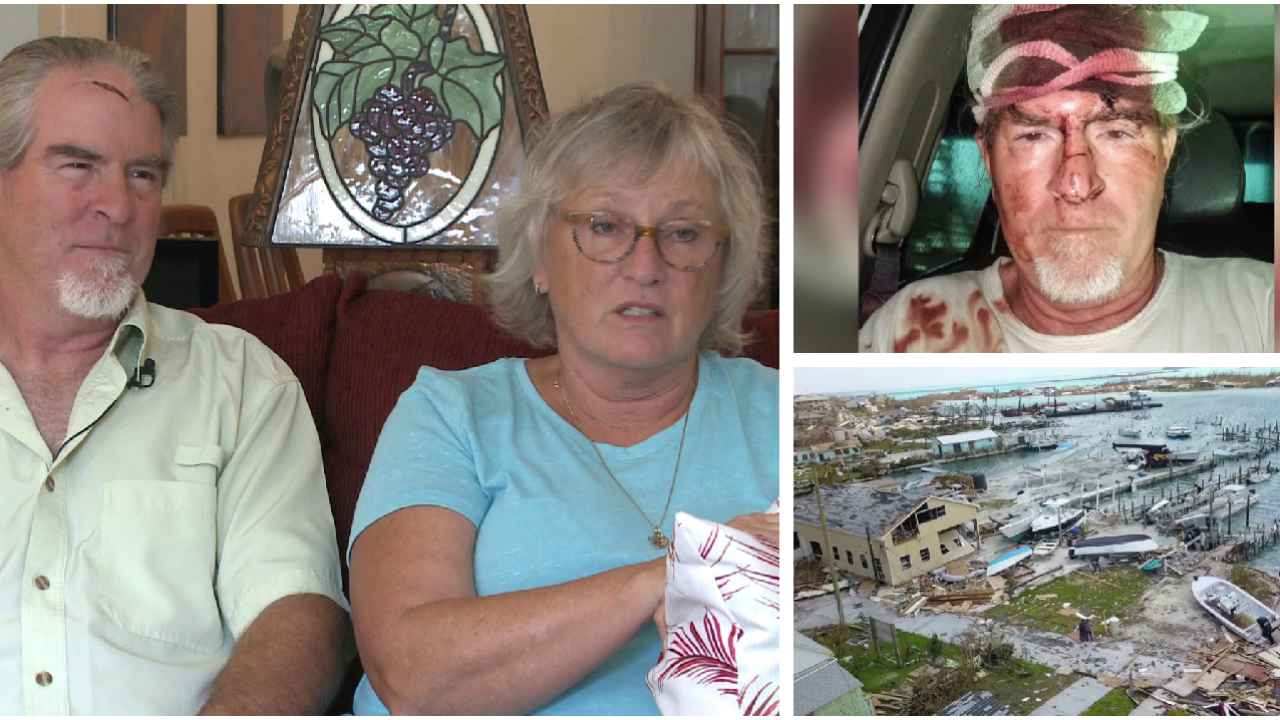 YORKTOWN, Va. – The wind gusts blew over 200 miles per hour as Brian and Cynthia Lockwood held each other, praying for dear life.

They endured – like so many others in the Abaco Islands – 12 hours of pure chaos when Hurricane Dorian, a Category 5 storm, struck the tiny island earlier this month.

“We had no desire to ride out what we rode out. People were saying [it was] maybe a Category 2 or 3,” Brian Lockwood told WTKR.

What the Lockwoods rode out – or rather survived – was a catastrophic monster of a storm.

“It’s not something anyone should ever risk or do – or even think about. It’s horrific,” stated Cynthia Lockwood.

They aren’t proud they stayed. In fact, they regret it. But the couple says communication is sparse on the tiny island, and the former Poquoson residents said finding a private plane or boat to escape to safety isn’t that easy.

“We had a lot of food and a lot of water, but no one was prepared for a [Category] 5,” said Brian.

They retired to the Abaco last year and built a small beach cottage. They decided, though, that their neighbor’s home – one built out of concrete at the bottom – was safer to ride out the storm.

“So, while it’s already hurricane-force winds, we gathered the cats and safety gear and we went over to my friend’s house set ourselves up there,” explained Brian.

But within minutes, storm surge flooded the downstairs area, so they had to retreat upstairs in a home that was still under construction with no interior walls.

So, they fled upstairs.

“We were sitting on a mattress and put another mattress in front of us and prayed as winds were at their peak,” explained Brian.

“There was an extreme noise all of a sudden. I ducked down out of instinct behind the mattress, I felt something hit the mattress and I looked to my left,” explained Cindy. “Brian had fallen back like this, and Brian was bleeding profusely from his head. I thought he had been killed.”

A 60-pound hurricane-grade window had blow out, striking Brian in the forehead and knocking him unconscious.

A six-inch scar still remains, a forever reminder of the pure hell the couple endured.

“We ventured out and it looked like Armageddon. All the houses’ roofs off walls down and gone,” said Brian.

While their house was not washed away, about 90% of the homes in their small neighborhood were heavily damaged, even blown off their foundation.

“It’s devastation; it looks terrible. It looks like the end of the world driving around there; they have no homes and no possessions,” said Brian.

About three days after the storm, friends flew the couple to Florida, where they rented a car and drove to Yorktown where they still have family.

It was a storm they survived but will never risk again.

“We will leave for a tropical storm, but this is not about us. This is about the people that remain behind – those less fortunate in the first place that had so little to begin with and now they have nothing,” said Cindy.

The couple plans to rebuild their retirement home and will start that process as soon as there is water and electricity on the island. For now, they have started a GoFundMe for a friend in need of help.