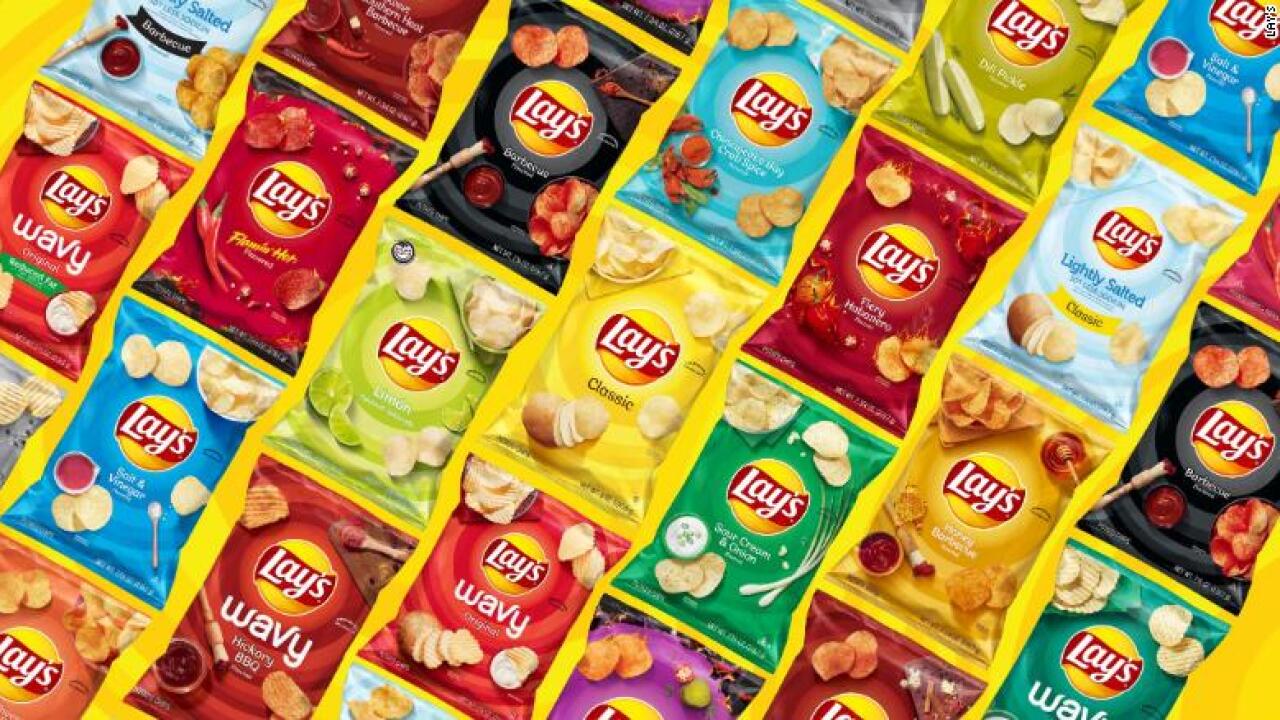 Lay’s potato chips are about to get a packaging revamp. The redesigned potato chip bag and new logo give Lay’s its first new look in 12 years.

Unlike previous redesigns, Lay’s isn’t undergoing a radical transformation. Instead, the refreshed logo and packaging are meant to make the brand feel more modern and contemporary, said Jon Guerra, senior director of design at Frito-Lay.

The new logo is smaller and centralized with radiating rings. The font is slightly different, with a cursive “y” and a somewhat smaller “L.”

The biggest change to Lay’s potato chip bags is the photography: The view of the chips is now shown from a “top-down” angle — an homage to the rise of food photographers on social media, said Guerra.

The redesign, which took two years to complete, is an attempt to keep the brand relevant in the era of social media and content regeneration, according to Guerra.

“We wanted to convey with color photography and a logo refresh that Lay’s is a joyful and flavorful brand,” Guerra said.

Lay’s is advertising its new takeover in city centers.

Lay’s will first launch its global redesign in the US and Canada before taking it to other countries. The new logo will be placed on 115 Lay’s products across more than 25 flavor varieties.

The Lay’s brand was founded in 1932. Previous packages have featured a cartoon potato, a red and yellow spider-web design, and various shapes and sizes. The company is now owned by PepsiCo.