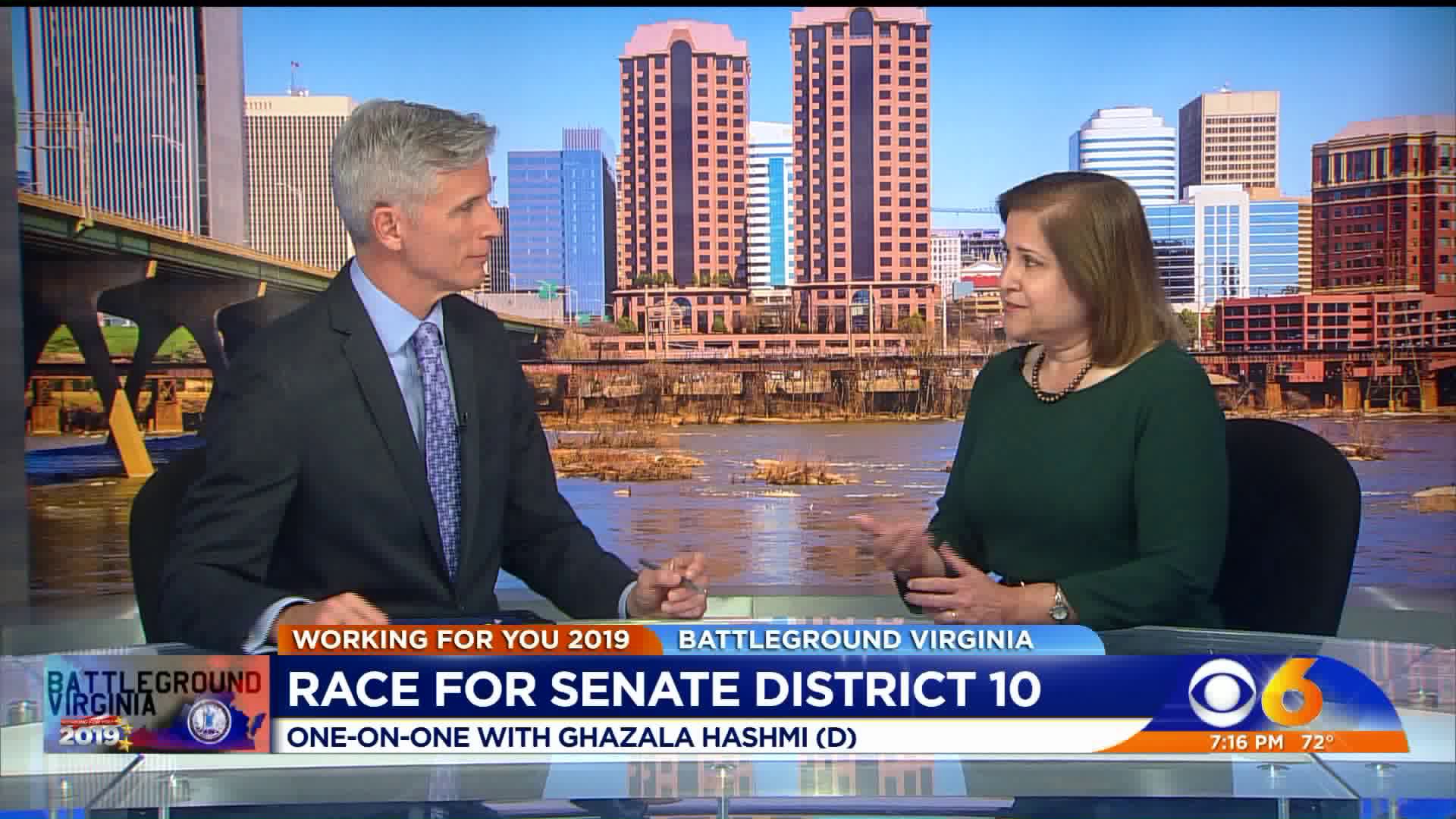 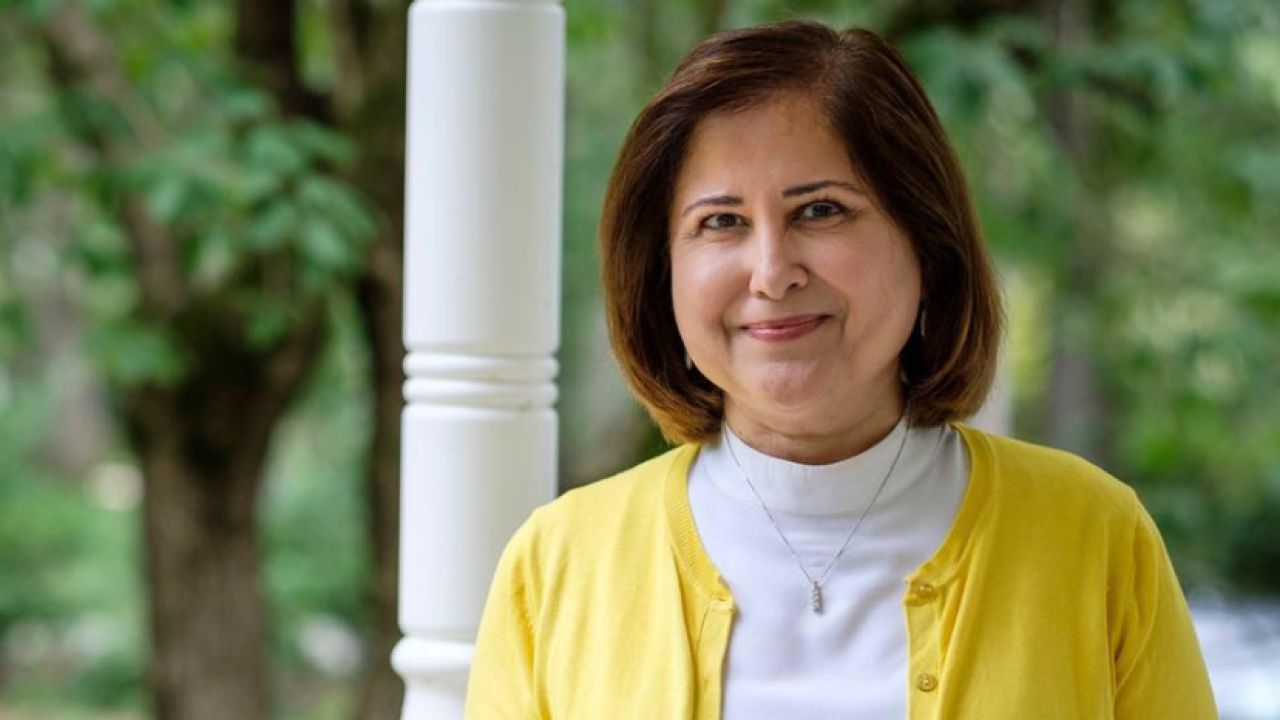 Hashmi won 49.4% of the vote in a June Democratic primary to earn her party's nomination.

District 10 is considered a competitive district by the Virginia Public Access Project. In 2015, Sturtevant defeated his Democratic challenger by two percentage points.

Virginia State Senator Glen Sturtevant (R - District 10) appeared on CBS 6 at 7 p.m. to discuss the campaign and 2019 election. Sturtevant, who was first elected to the Virginia State Senate in 2015, spoke about the importance of properly funding education by paying teacher what they're worth. He also discussed his interest in reforming SOL testing and helping families pay for higher education.

Born in Wilmington, Delaware, but raised in Spotsylvania, Virginia, Sturtevant earned his B.A. at Catholic University in Washington D.C. and later his law degree at George Mason University School of Law in Arlington, Virginia.

Before being elected to the State Senate in 2015, Sturtevant worked as a trial lawyer in Richmond. He also served on the Richmond School Board.

His School Board experience, combined with the fact his wife, Lori Sturtevant, is an elementary school teacher, are reasons Sturtevant has focused much of his time on Virginia's public school system.

"I'm really excited as myself and others have worked to really lead on funding education more and better," Sturtevant said. "We are going to have a plan to bring teacher pay to the national average because that is vitally important to making Virginia a great place to live, work and raise a family."

Another aspect of Virginia's education system Sturtevant hoped to reform was the Standards of Learning tests (SOLs), which Sturtevant called detrimental to both students and teachers because it forced teachers to teach the curriculum around the test.

"[SOLs] get in the way of a love of learning, of helping develop critical thinking skills and it doesn't treat teachers like the professionals that they are," Sturtevant said.

Sturtevant has also fought to lower college tuition. Sturtevant said he and his colleagues in the General Assembly were able to freeze and cap tuition increases for public universities across the state this past year.

Healthcare is another focal point of Sturtevant’s reelection campaign. He said his biggest concern was how the state funded Medicaid. Rather than increasing taxes, Sturtevant said he planned to work with the private sector to create more plans that are more affordable and available to all Virginians.

Ghazala Hashmi immigrated to the United States from India 50 years ago. She was raised in a small town in Georgia and went on to earned a bachelor's degree in English from Georgia Southern University and a Ph.D. from Emory University.

Hashmi moved to Richmond in 1991 and has spent the last 25 years as an educator in Virginia’s college and university system. Hashmi now serves at Reynolds Community College as the Founding Director of the Center for Excellence in Teaching and Learning (CETL).

As an educator, Hashmi said she believed improving the quality of public education was one of the government's most critical issues.

"In the long term, the quality pre-k education program means we have more successful students, that we have greater adaptability of the young focus into the learning process," Hashmi said. "Ultimately when they do go on for higher education, whatever form that takes, that we are not then remediating them in the skills."

“Many people also speak to me about making sure that we have accessible and affordable healthcare,” she said. “We also are all concerned about ensuring that our communities are free from gun violence."

If Hashmi won the election, she would be the first Muslim-American woman to serve in the Virginia State Senate.