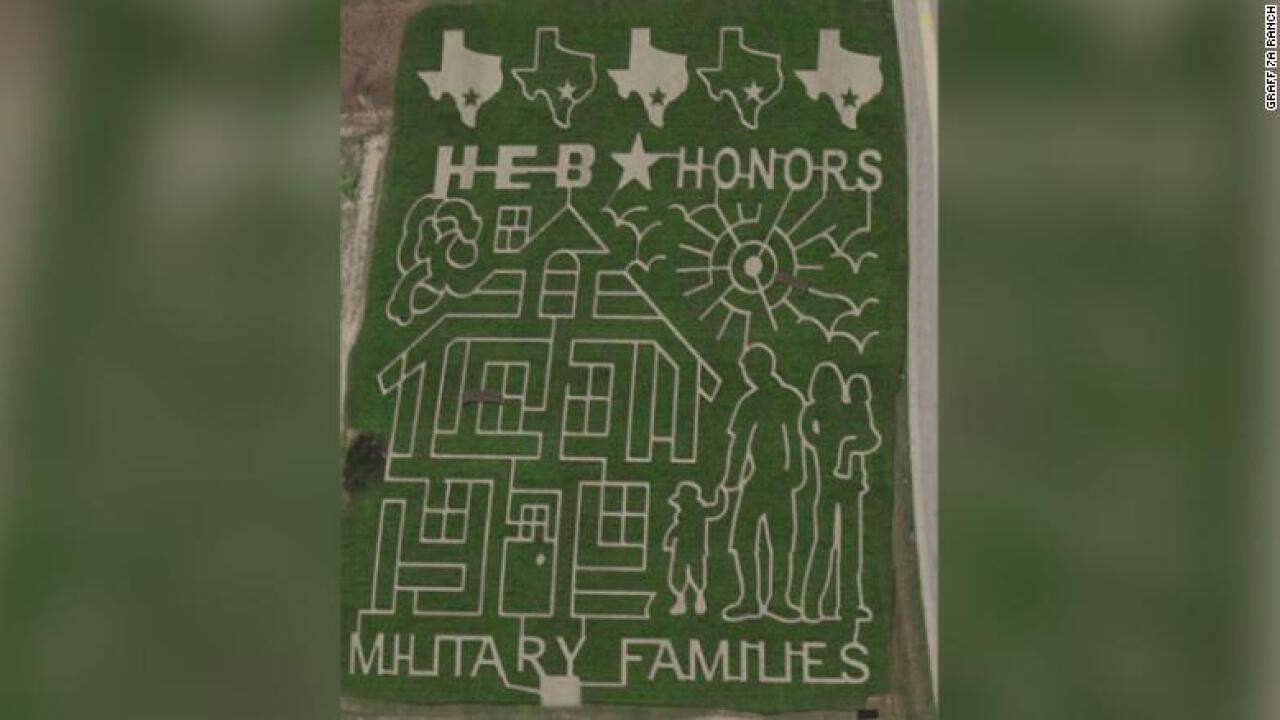 An agricultural maze. In Texas. Honoring military families. Could this get any more American?

Every year, the Graff 7A Ranch in Hondo, Texas, hosts the South Texas Maize, a giant labyrinth of sorghum and seasonally appropriate puns. Like many agricultural mazes across the country, the Maize maze is known for its impressive designs.

This year, the owners of the ranch decided to partner with local grocery chain H-E-B to craft a design honoring military families.

“The military has always been close to our hearts,” ranch owner Laurie Graff told CNN. “We are just outside of San Antonio which is military city, USA, so we get a lot of family in the military who come and see us every season.” She said she noticed H-E-B doing some great things for military families in the area and thought it would be nice to follow suit with this year’s maze design.

It’s not the first time the Graff family’s fall attractions have paid tribute to the military, first responders and law-enforcement communities. 2014’s design honored fallen soldiers and 2012’s design was a memorial to September 11th.

This year’s maze opens Saturday. It’s seven acres, about 12 feet high and promises to “challenge even those who are directionally savvy.” And even if you get lost, well, it doesn’t seem like a bad place to be.