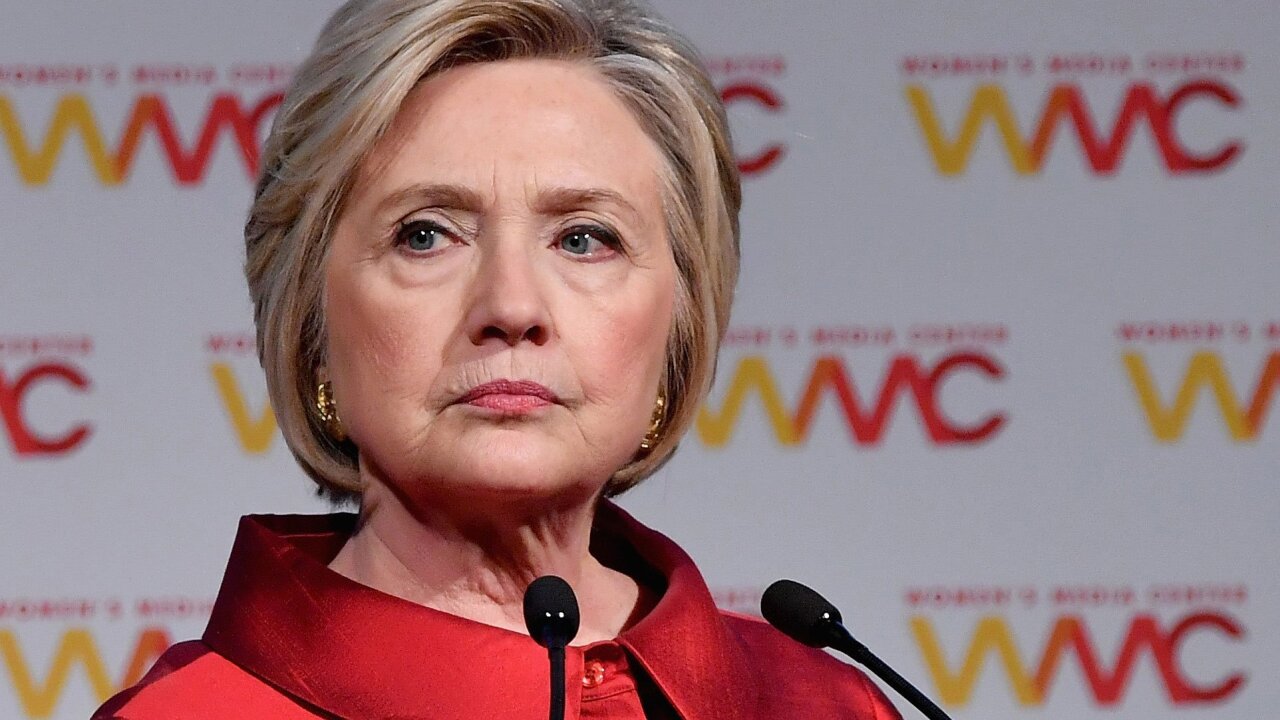 Hillary Clinton said she has spoken with many of the 2020 Democratic presidential candidates and warned them about voter suppression and hacking, which she has blamed for her 2016 election loss to Donald Trump. CREDIT: Mike Coppola/Getty Images for Women’s Media Center

Hillary Clinton said Tuesday she has spoken with many of the 2020 Democratic presidential candidates and warned them about voter suppression and hacking, which she has blamed for her 2016 election loss to Donald Trump.

Clinton has previously cited those factors — and others, especially then-FBI Director James Comey’s decision in late October 2016 to send a letter to Congress about her email controversy — as reasons for her defeat, but Tuesday’s speech at George Washington University indicates she is hoping to pass some of those lessons onto 2020 hopefuls.

“You can run the best campaign. You can have the best plans. You can get the nomination. You can win the popular vote. And you can lose the Electoral College and therefore the election,” said Clinton, who beat Trump in the popular vote by nearly 3 million ballots. She specifically pointed to Stacey Abrams’ loss in last year’s Georgia gubernatorial election — in which her opponent, Brian Kemp, was accused of suppressing minority votes, which he denied — and referenced Republican-led efforts to pass restrictive voting measures ostensibly intended to prevent voter fraud.

In the weeks leading up to the 2016 election, WikiLeaks began releasing emails stolen from the personal account of Clinton campaign chairman John Podesta, who was spammed with a link that appeared to come from Google as a security notification but led Podesta to a GRU-created website. WikiLeaks got the emails from Russian hackers.

Clinton indirectly referred to that effort as she discussed on Tuesday her warnings to Democrats.

“I tell every candidate if you have not had your personal and campaign emails hacked, they will be,” Clinton said. “So will the emails of people working for you. Your information will be stolen and then weaponized against you in the most pernicious ways.”

She insisted there was a need for cybersecurity that she said doesn’t exist in the US today and there was “no real effort being made” for a system that will protect voters. In April, CNN reported that Department of Homeland Security officials and senior leaders have had difficulty getting the White House to pay attention to threats of Russian election interference.

“Cybersecurity is an essential component of protecting our democracy but it’s very difficult for campaigns on their own to do that. You need a national commitment to cybersecurity,” Clinton said.

She also expressed her concern for “phony, false online news stories” and “lack of election security,” saying those fighting to protect American elections “can’t be deterred by ridicule or by undermining of what we know has to be done to preserve our democracy.”

Speaking at a separate event Tuesday at the Federal Election Commission about disinformation ahead of the 2020 election, Sen. Mark Warner of Virginia said it was “remarkable” that 2020 Democratic presidential primary candidates had not all signed a common pledge against the use of malicious online tactics in campaigning.

Warner is the top Democrat on the Senate Intelligence Committee, which investigated Russian interference in the 2016 election.

While some Democratic candidates have pledged not to use hacked material from foreign adversaries and not to use certain malicious online tactics, like bots and trolls, there is no partywide agreement.

Last spring, the chairs of Democratic parties in some early-voting states called for all candidates to come to agreement on the issue.

The Democratic National Committee asked the Republican National Committee earlier this year to refrain from engaging in the “weaponization of stolen private data in our electoral process.” The RNC did not commit to the pledge but called for efforts to “safeguard our future elections.”

Asked in June whether he would accept dirt on political rivals from foreign governments, Trump said, “There isn’t anything wrong with listening,” and that he wouldn’t necessarily report the contact to the FBI. It’s a crime for a campaign to knowingly solicit or accept items of value from foreign nationals.