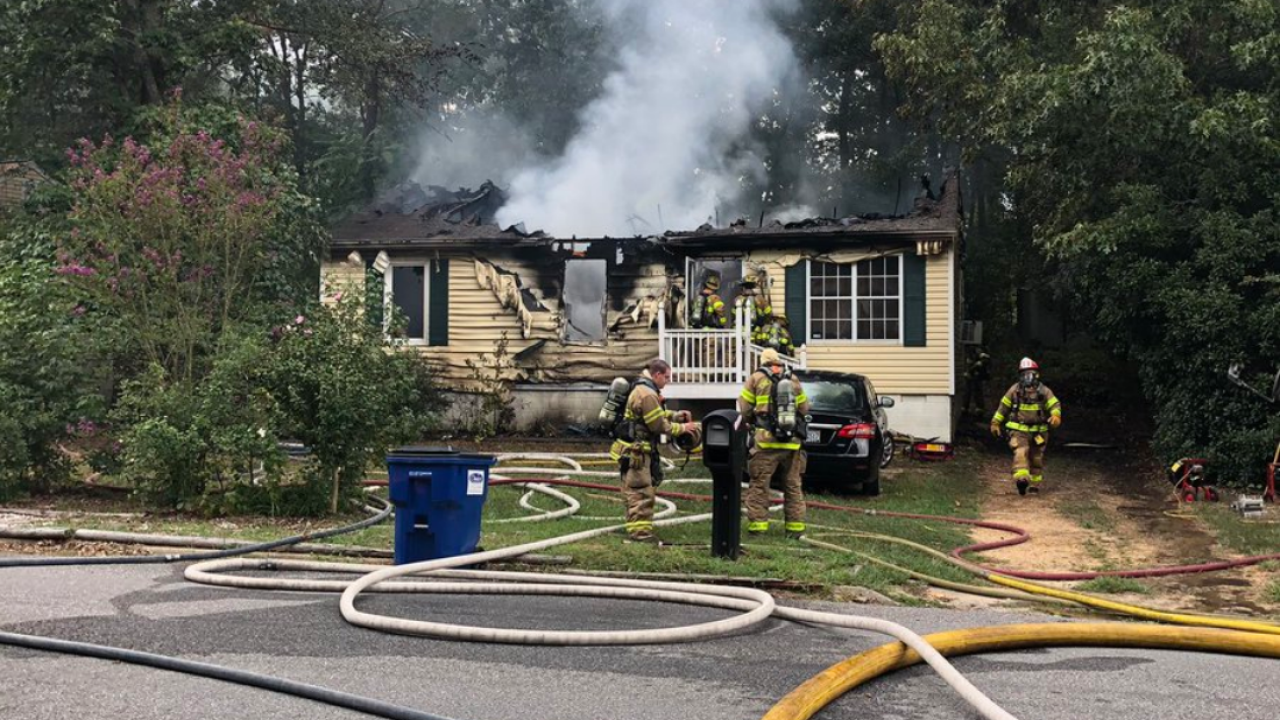 Firefighters responded to a report of a house fire in the 5000 block of Cedarbend Lane.

When firefighters arrived at the home, flames were showing from the exterior of the home. The fire has since been marked under control.

One firefighter suffered minor injuries while battling the fire. They were treated on the scene and not transported to the hospital.