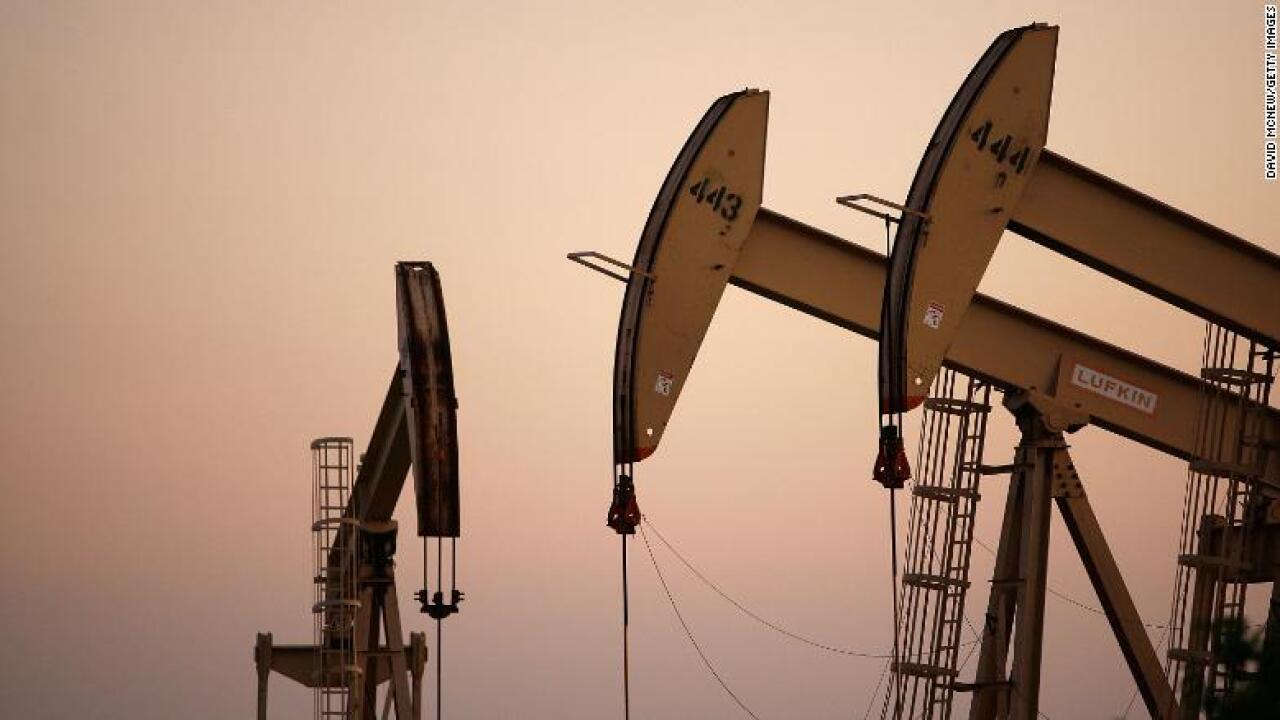 Washington and Beijing are locked in a bitter trade war involving tariffs on hundreds of billions of dollars worth of goods. Consumer and business sentiment is suffering as global manufacturing contracts.

In China, the economic data is bleak. Germany is on the brink of recession, and there’s still a chance that United Kingdom could crash out of the European Union without a deal to protect trade.

Now the world is contending with the worst oil shock in years. It’s yet another problem at a time when the global economy’s threshold for pain is diminishing.

Although Saudi production could quickly get back on track, preventing a sustained spike in oil prices and a jump in inflation, the incident adds to an environment of uncertainty that’s been weighing on growth.

“I’m not sure the global economy is in a state where it’s going to be able to absorb [higher oil prices] if [they] stay elevated,” said Peter Boockvar, chief investment officer at Bleakley Advisory Group.

Coordinated strikes knocked out about half of the Saudi kingdom’s oil capacity, or more than 5% of the global supply of crude. That sent prices surging on Monday. Futures of Brent crude, the global benchmark, settled more than 14% higher, at $69.02 a barrel.

No one knows how long higher oil prices will last or where the economy’s breaking point is. The point is: It’s awful timing.

Even though higher oil prices would benefit producers, they would raise costs for businesses like airlines and could spark a run-up in inflation. That would hamper consumer spending, which is currently making up for the declines in the manufacturing sector.

It could also handcuff central banks, which are cutting interest rates around the world to boost growth. Persistently low inflation has given central banks room to push rates lower. Higher inflation, meanwhile, might hamper their ability to continue adding stimulus.

The Federal Reserve, which announces its latest rate decision on Wednesday, is still expected to reduce its key interest rate by 25 basis points. But should oil prices stay high, the Fed could find itself in a tough spot.

“They will still cut on Wednesday,” Boockvar said. “But in terms of going past that, they’re now playing a dangerous game.”

Much depends on how quickly Saudi Arabia can revive production, bringing prices back down to the $50-per-barrel to $65-per-barrel range in which they’ve traded for most of the year, according to Boockvar.

While many analysts predict a short-term shock, there are signs that Saudi production could be in trouble for an extended period of time. Two Saudi sources familiar with the kingdom’s oil operations told CNN Business that fully restoring production “will take weeks, not days.”

The potential for further escalation between the United States and Iran, which it’s blamed for the attacks, also looms large.

“Growing tensions in the Middle East are another headwind for the global economy in already uncertain times,” Capital Economics said in a research note.

The situation certainly poses risks for China, the world’s top importer of crude.

Following the release of fresh data for August, analysts at Societe Generale pointed out Monday that the industrial sector is “losing momentum at an alarmingly rapid pace,” and expressed concern that weakness could spill over into consumer spending and the services sector. Higher oil prices, which would come as the price of pork soars, are the last thing the country needs.

The disruption to oil production, if it’s reined in, may not trigger a global recession. But there’s no arguing that it adds unwanted stress.